Where is the Love is Blind Set Located? 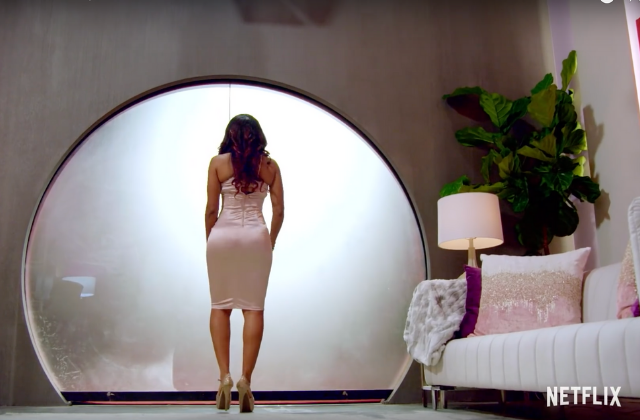 Netflix’s ‘Love is Blind’ continues the streaming platform’s foray into turning futuristic, dystopian concepts to premises for entertaining reality television shows. The streaming platform has its eyes set on having a dominating presence in reality television with the introduction of novel concepts that can function as pleasing molds for long-running, binge-able shows.

For instance, the series, ‘The Circle’ serves as a unique amalgamation of ‘Big Brother’ and ‘Catfish.’ The contestants move into an apartment complex but never actually get the opportunity to see their neighbors. The only way they can interact is through the usage of social media profiles. The contestant who receives the least number of likes from the others risks being eliminated while the winner receives a cash prize.

On the other hand, ‘Love is Blind’ takes a similar approach, but raises the stakes significantly for the contestants. Instead of getting a limited peek at their neighbors, the contestants of ‘Love is Blind’ are given an incomplete look at their potential husbands/wives! “Psychologists believe that emotional connection is the key to long-term marital success, not physical attraction,” says one of the hosts of the show, Nick. Basically, the contestants are paired up with each other and made to interact without the ability to see their match.

Once the couples feel a connection through such a setup, they meet in the physical world and interact with their partner’s family before getting married. As expected, there is a lot of juicy drama that ensues. For instance, one of the contestants feels slightly repulsed by looking at their chosen partner. Can the couples make it work despite not having seen their partner before? Or will they choose to dump the theory that true love is only based on inner compatibility? ‘

For the initial section of ‘Love is Blind,’ the contestants are housed in a gorgeous set with multiple pods from which they can interact with their matches. This facility is located in Atlanta, Georgia. To be more specific, the set is situated in Pinewood Atlanta Studios.

Filming for the series was carried out in October 2018. According to local reports, the set had been built from scratch.

The set boasts of some colorful lighting and a very modern aesthetic. The pods are designed to be extremely spacious and comfortable so that the contestants can ease into a conversation with their potential husbands/wives. Some of them even prefer to sleep in the pods, talking to their potential matches. Two pods are adjacent to each other with a frosted glass between them. This ensures that the matched contestants do not see each other.

However, the pods aren’t the only things situated in the set of ‘Love is Blind.’ The production team also created space for comfortable lounges where the contestants could hang out. Obviously, the lounges were gender-specific and the females couldn’t interact with the males and vice versa. Yet, the contestants really enjoyed socializing with their fellows. “Life at the facility felt like a sorority,” said Speed, one of the contestants.

After conversing and getting to know their matches, the contestants move on to the next stage of the competition. This phase involves the couples getting to know each other in the real world and meeting each other’s families. This phase of the show is filmed outdoors. All the contestants selected belong to the city of Atlanta. Hence, the production team does not have to travel too far to film their dates after the pod stage.

Moreover, the couples also get to go on a holiday in a luxurious resort after their engagement! The five-star hotel that they go to is the Grand Velas Riviera Maya in Cancun, Mexico. Just have a look at this stunning place:

Read More: Is ‘Love is Blind’ Real or Fake?