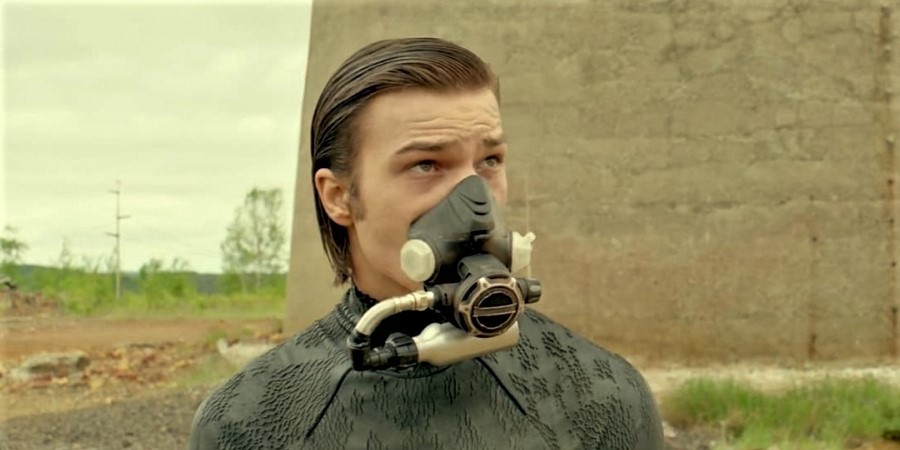 Directed by Benjamin Duffield, ‘2149: The Aftermath’ is a science-fiction film that gives the audience an imaginative account of a possible dystopian future in which the society is chained to technology. With the environment contaminated by hundreds of years of human exploitation, all conventional forms of human connection break down as society descends into chaos. Starring Nick Krause, Juliette Gosselin, Jordyn Negri, and Molly Parker, the movie is a must-watch for science-fiction fans. In case you wish you wish to learn more about its premise or where it can be streamed, we have got you covered.

In the year 2149, the outside world is believed to be contaminated. There is widespread fear and paranoia in the people who prefer to be left isolated in their cemented modules with all the technological advancements needed to take care of them. In a time when any sort of verbal communication has ceased to exist, a young man named Darwin only has his computer to call a companion. Although he speaks to his mother through different modes of communication, the value of human connection, compassion, and genuine relationship has been eroded, which has changed the social fabric of the society in unthinkable ways.

Like other people, Darwin is also afraid of the outside world, but some unexpected events force him to leave his module, and with skepticism, he ventures outside in search of human connection. He soon finds out that not only is their scope for a genuine relationship, but the fear of contamination may not be entirely grounded in reality. In case you wish to learn more about Darwin’s adventures in the world away from his isolated module, you must watch ‘2149: The Aftermath’ to know how the story unfolds. Here’s all the streaming information that you will need for that.

Netflix subscribers will have to look for other alternatives as ‘2149: The Aftermath’ is currently not part of its catalog. However, fans of science-fiction movies can instead watch ‘Outside the Wire’ or ‘IO.’

‘2149: The Aftermath’ is expected to arrive on Amazon Prime as video-on-demand in the near future. In the meantime, Prime subscribers can enjoy ‘Archive,’ or ‘The Happening.’

Where to Watch 2149: The Aftermath Online?

You can watch ‘2149: The Aftermath’ on VOD platforms like Vudu, FandangoNow, and Redbox. The science-fiction movie is also accessible on Spectrum. Popular video-on-demand platforms like Microsoft Store, Google Play, and iTunes are likely to add the film to their catalog soon.

Since the movie is only available on VOD platforms as of now, fans of science-fiction will have to wait a little longer to watch the film for free.