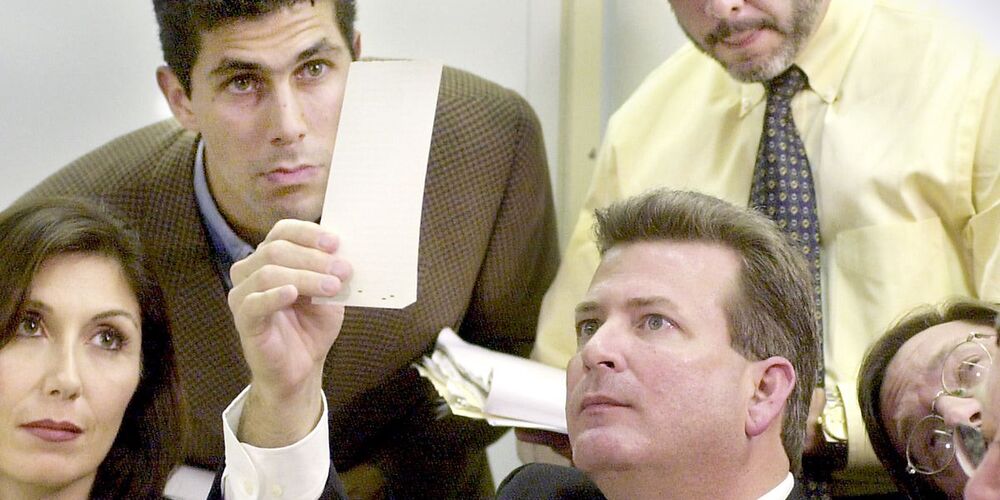 ‘537 Votes’, directed by Billy Corben, produced by Billy Corben and Alfred Spellman, and with Adam McKay and Todd Schulman as executed producers, is a political documentary that covers the highly controversial and contested 2000 presidential elections in the United States. In 2000, George W. Bush won the election by a mere 537 votes, triggering a recount in Florida, in Miami-Dade County. With the US presidential election coming up again and political tensions running high in the country, this documentary film comes at exactly the right time, to remind the citizens what a disputed and bungled election looks like. Curious to know more about the documentary movie ‘537 Votes’ and where to stream it? We’ve got you covered.

The highly-publicized and media-hyped custody battle over six-year-old Elian Gonzalez pissed off the entire state of Florida, throwing Miami-Dade County into political turmoil and resulted in a contested election. In the 2000 presidential election, votes from Florida were recounted following a dispute, and George W. Bush was elected president of the United States, with just a difference of 537 votes. A seemingly insignificant number when compared to the rest of the population of America. The documentary ‘537 Votes’ explores the machinations of the Democratic and Republican parties at the time of the 2000 election. Billy Corben goes behind the scenes to talk to significant political figures of that time to shed light on what exactly happened and how. Here is where you can stream this documentary.

‘537 Votes’ is not available on Netflix but you can instead watch the riveting political documentary ‘Get Me Roger Stone‘ or the equally engaging ‘Mitt‘.

No, ‘537 Votes’ is not currently streaming on Hulu. Interested audiences can, as an alternative, watch ‘Totally Under Control‘, a hard-hitting documentary about the Trump government’s underwhelming response to COVID-19.

While ‘537 Votes’ is not part of the Amazon Prime roster, there are other political documentaries that you can watch like Alex Gibney’s ‘Agents of Chaos‘, or ‘All In: The Fight For Democracy‘ which examines the issue of voter suppression.

Where To Watch 537 Votes Online?

‘537 Votes’ is available to watch on HBO and HBO Max starting October 21, 2020. This documentary is an HBO Original film and is available to stream and on-demand as well on HBO Max.

Only the first time subscribers can sign up for a 7-day free trial for HBO Max. Since the film ‘537 Votes’ is not streaming anywhere else apart from HBO Max currently, there is no other way to watch for free. We always request our readers to pay for the content they are consuming.

Read More: Where To Stream Totally Under Control?