Where to Stream Attack on Titan Season 4? 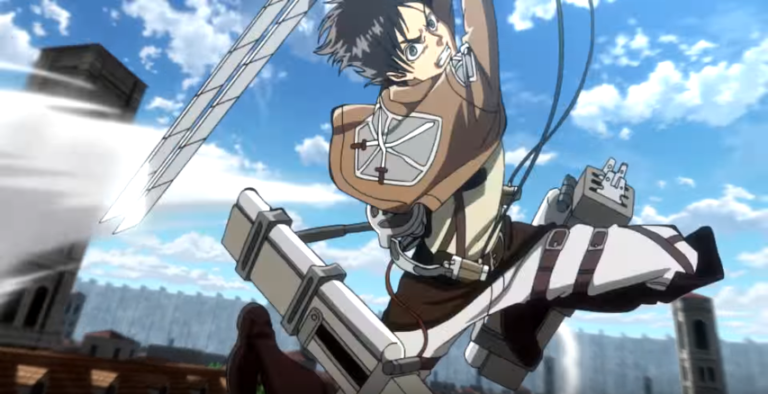 Hey, anima fans! ‘Attack on Titans’, the Japanese megahit anime series is finally back with its fourth and final season, which premiered in Japan on December 7, 2020, on NHK-G! Of course, this means that Eren, Mikasa, and their squad of Scouts engage in their last and defining battle against the Titans. The fourth installment takes up the story, four years after the Scout Regiment reaches the shoreline. Their fate is unclear and the world is different! The people of Paradis need to define their destiny but there is an obstacle. Eren is MIA! Will he reappear before the tensions between the Marleyans and Eldians culminate in a full-fledged war? To answer the question, you need to watch the show! So, where can you stream ‘Attack on Titan’ season 4? Here’s everything we have learned so far.

What is Attack on Titan About?

‘Attack on Titan’ is a dark fantasy television series, which is the anime adaptation of the eponymous manga by Hajime Isayama. The story is set in an alternate world where humans are forced to live behind closed walls due to the threat of the menacing Titans. To combat the evil, Eren Jaeger, and his friends, Mikasa Ackerman and Armin Arlert, embark on a quest to reclaim their city from the Titans. To be successful in their battle, they become members of the Scout Regiment.

Is Attack on Titan Season 4 on Netflix?

The first season of ‘Attack on Titan’ is currently streaming on Netflix. Seasons 2 to 4 might be added later on the streamer in certain regions. For instance, Netflix Philippines Tweeted that season 4 will release on the platform on December 11, 2020.

That Eren glow up at 1:40 got me SHOOKT! ? Yes, Attack on Titan: The Final Season is officially coming to Netflix on December 11!! pic.twitter.com/LPsbMXYtim

However, as per reports, it is highly unlikely that new episodes will drop in the American or European versions of the streaming giant.

Is Attack on Titan Season 4 on Hulu?

The first three seasons of ‘Attack on Titan’ is on Hulu. Until now, we have not received confirmation as to when season 4 will drop on the platform. But since the last season is expected to wrap up in early 2021, we should get all of its episodes sometime next year on Hulu.

Is Attack on Titan Season 4 on Amazon Prime?

Some episodes of ‘Attack on Titan’ can now be bought or rented on Amazon Prime. But you may have to wait for a while for new episodes to land on the platform.

Where to Stream Attack on Titan Season 4 Online?

All the previous three seasons of ‘Attack on Titan’ is available on Adult Swim and Tubi TV. You can additionally buy the earlier seasons or episodes on Fandango Now, Google Play, iTunes, and Vudu. The great news? Season 4 episodes are now available on Funimation and Crunchyroll.

Where to Stream Attack on Titan Season 4 For Free?

Almost all of the online platforms that house ‘Attack on Titan’ includes a subscription fee, although certain services offer a free trial run. However, it is always advisable to pay for the content you consume.

Read More: Where To Stream Your Honor?