Where To Stream Borat Subsequent Moviefilm? 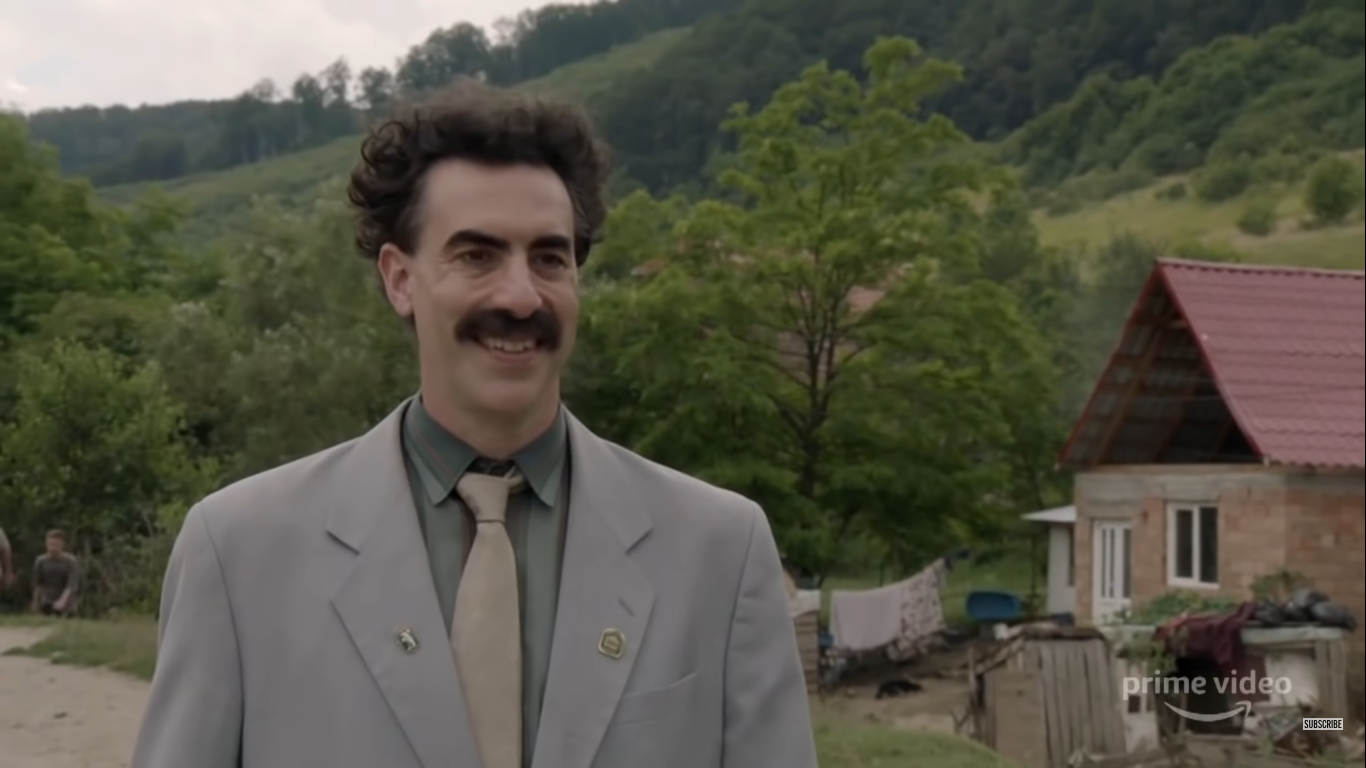 ‘Borat Subsequent Moviefilm: Delivery of Prodigious Bribe to American Regime for Make Benefit Once Glorious Nation of Kazakhstan’ is a mockumentary-style comedy film. It is the feature directorial debut of Jason Woliner. The cast includes the talents of Sacha Baron Cohen, embodying the role of a fictional Kazakhstani journalist and television personality Borat Sagdiyev and Maria Bakalova, who stars as his daughter Tutar. The film is set against the backdrop of the ongoing Coronavirus pandemic, making it relatable to the audience. If you are wondering where you can watch this comedy, we have the answers for you.

What is Borat Subsequent Moviefilm About?

The movie follows Borat, who is released from prison after 14 years of incarceration due to his previous film. Once he is free, the Kazakh premier Nursultan Nazarbayev thrusts on Borat a wild mission that requires him to travel to the United States. The mission involving a chimpanzee and his daughter takes several turns as Borat tries to deliver Tutar to the Vice President, Mike Pence, amidst the Coronavirus pandemic and the subsequent lockdown protocols. Tutar has been brought up in captivity her whole life, and coming to the States opens up a vast window of opportunities to learn new things about a world she has never known before. However, all these happenings cause utter chaos resulting in a comedy of errors. The film highlights the contrast between the two countries involved in the film through Borat’s journey of completing a mission aimed at repairing international relations.

Is Borat Subsequent Moviefilm On Netflix?

No, ‘Borat Subsequent Moviefilm’ is not on Netflix at the moment. If you are interested in similar absurdist comedies, we recommend ‘Monty Python and the Holy Grail’ (a comedic retelling of the story of King Arthur), and if you are a fan of stand-up comedy shows, you can watch ‘Maz Jobrani: Immigrant’ as the Iranian comedian presents his take on the struggles of immigrant lifestyle in the Trump era.

Is Borat Subsequent Moviefilm On Hulu?

‘Borat Subsequent Moviefilm’ is unfortunately not yet a part of the vast array of movies and TV shows on Hulu. However, you can still watch another of Sacha Baron Cohen’s witty comedies, ‘The Dictator,’ which is about the leader of Wadiya who comes to the UN to talk about his country’s nuclear weapon program. We also recommend the comedy satire ‘Idiocracy’ as an alternative where two human beings wake up after 500 years to a society filled with idiots.

‘Borat Subsequent Moviefilm’ is now available on Amazon Prime for Prime subscribers only.

‘Borat Subsequent Moviefilm’ is not currently available on the common VOD platforms. It is exclusively streaming only on Amazon Prime, as stated above.

How To Stream Borat Subsequent Moviefilm For Free?

‘Borat Subsequent Moviefilm’ can be streamed for free by acquiring the 30-day free trial option offered by Amazon Prime with every new subscription.