Where to Stream Cruella? 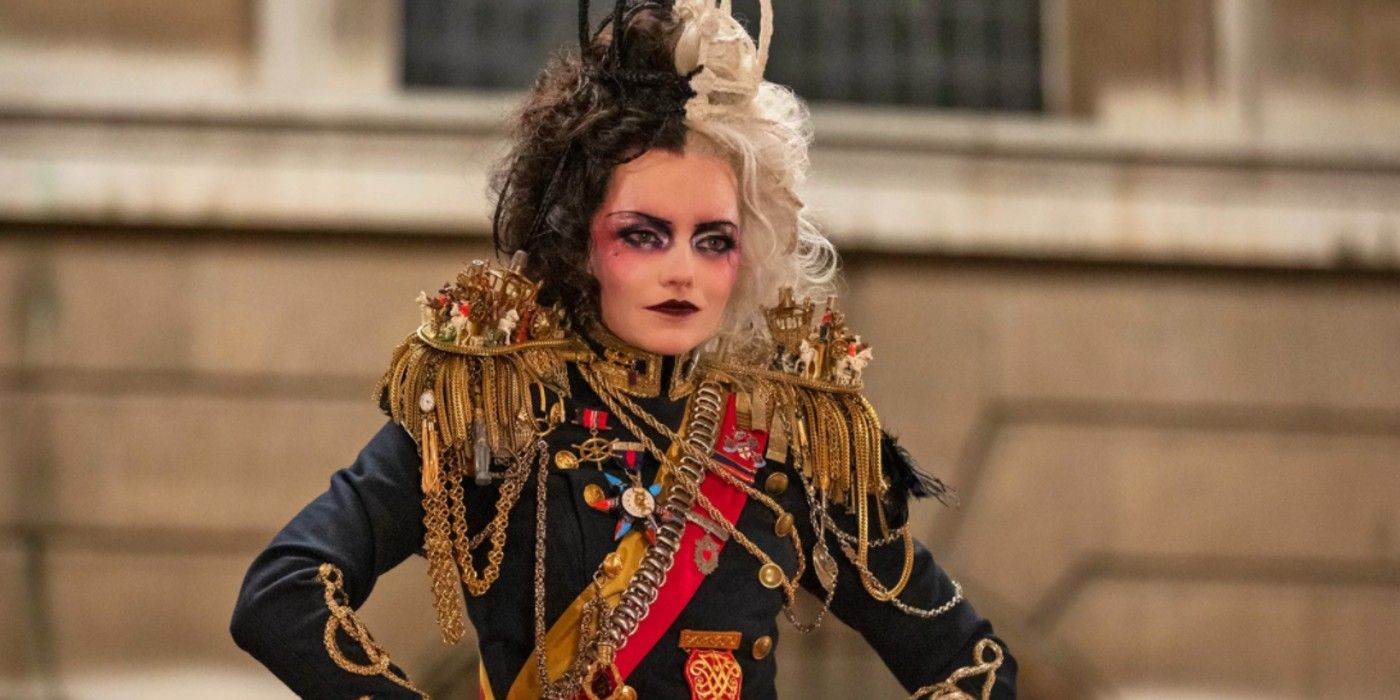 Have you ever wondered what kind of messed-up experiences a person has gone through, for them to want to skin puppies and make them into a spotted fur coat? That’s a thought that crosses every viewer’s mind as they watch Cruella de Vil, one of Disney’s most diabolical villains, relentlessly pursue adorable little furballs in the animated classic (and also Glenn Close’s live-action iteration), ‘101 Dalmatians.’ Disney attempts to answer this very question as they bring us Cruella’s origins story in the undeniably stylish live-action prequel, ‘Cruella.’ If you’re curious about the plot of ‘Cruella’ and where you can stream it, we’ve got you covered.

What is Cruella About?

Headlined by two Oscar-winning Emmas, Stone and Thompson, ‘Cruella’ weaves the story of how plucky orphan Estella becomes the monochrome-wearing vamp we love to hate. Set in 1970s punk-rock London, the film follows Estella’s journey as she morphs from a gifted and ambitious fashion designer to the notorious criminal obsessed with dalmatian fur. Estella locks horns with her mentor-turned-rival Baroness von Hellman (a couture-draped villain who is somehow eviler than Cruella) in a fashion-centric war and discovers the ugly truth about their relationship. No puppies were harmed during the making of this film.

Is Cruella on Netflix?

No, ‘Cruella’ is not a part of Netflix’s expansive content catalog. However, viewers looking for something in a similar vein should check out ‘Stardust,’ which follows a young man’s quest for true love and features witches, flying pirate ships, and an absurd war of succession.

Is Cruella on Hulu?

‘Cruella’ is not available to stream on Hulu, but interested audiences (who have HBO Max added to their Hulu account) can alternatively stream ‘Joker,’ a thrilling origins story about the notorious DC villain.

Is Cruella on Amazon Prime?

‘Cruella’ is not currently streaming on Amazon Prime. People who are looking for similar fashion-themed movies should consider watching ‘The Devil Wears Prada,’ which also centers around the dysfunctional relationship between a toxic fashion boss and the naive newbie she employs.

Where to Watch Cruella Online?

As of now, ‘Cruella’ is only available to stream on Disney+. Viewers will need to be subscribed to Premiere Access (requires an additional fee) on the House of Mouse streaming platform to be able to watch ‘Cruella.’ You can also catch the film in a theatre near you. Check for tickets and showtimes here.

How to Stream Cruella For Free?

Since ‘Cruella’ is only being released in theatres and exclusively on the Disney+ platform, it is not possible to stream the film for free. It is currently not available on any streamer that offers a free trial so you will have to pay to watch this movie, either online or in a movie theatre. We always encourage our readers to support the cinematic arts by paying for the content they consume.