Where to Stream Cut Throat City? 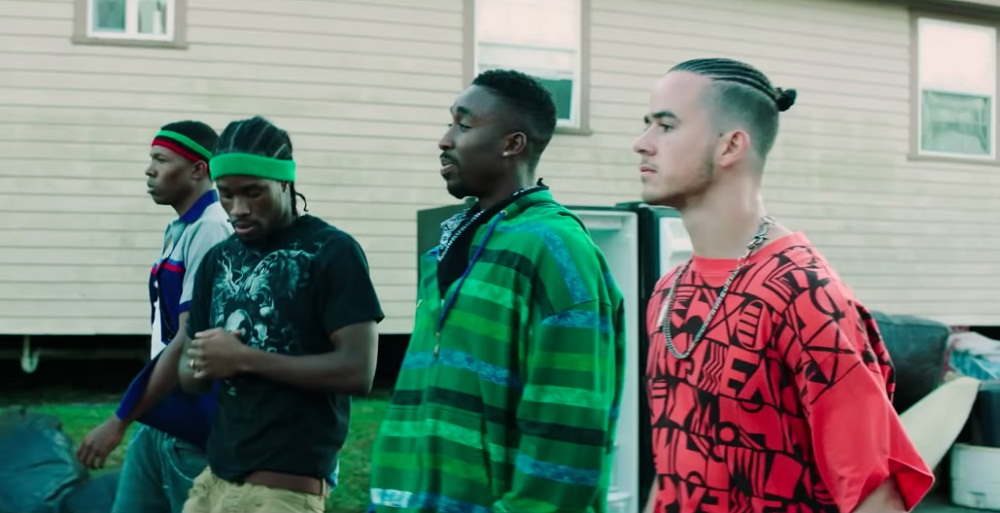 Despite having an undercurrent of familiar themes, ‘Cut Throat City’ offers a thrilling ride with its depiction of not only a redolent heist but also the mechanisms of systemic racism. Starring Denzel Whitaker, Keean Johnson, Demetrius Shipp Jr., Shameik Moore, and Terrence Howard, the film is directed by RZA (‘Survivors Guide to Prison’) and written by Paul Cuschieri. If you are looking for a way to watch this action-packed drama, we have you covered in the article below.

What is Cut Throat City About?

‘Cut Throat City’ follows the story of four boyhood friends living in New Orleans’ Lower Ninth Ward. The quartet returns to the town after it gets hit by the devastating Hurricane Katrina. With their job opportunities dwindling and homes destroyed, the boys seek help from a local gangster. Although reluctant about this decision, they agree to pull off a seemingly life-changing heist for the gangster. Unfortunately for them, things don’t go as planned and what started off as a well-planned heist, soon puts them on the run against detectives who are determined to find them and a neighborhood warlord who believes that they stole his money.

Is Cut Throat City on Netflix?

Netflix’s robust catalog offers a variety of films that keep our love for cinema alive even during the pandemic. From rom-coms to documentaries, from comedies to dramas, the streaming service has it all. However, for now, ‘Cut Throat City’ is not available on Netflix. You can still check out other thrilling crime dramas like ‘The Outsider‘ and ‘The Plagues of Breslau‘ on the platform.

Is Cut Throat City on Hulu?

When Hulu first started off as a streaming platform, its competitors were way ahead. But over the years, by providing unique and quality content, Hulu has almost caught up with both Netflix and Amazon Prime by amassing a large number of viewers. Unfortunately, ‘Cut Throat City’  is not available for streaming on Hulu. You can still stream other scintillating thrillers like ‘Sorry to Bother You‘ and ‘The Intruder‘ on the platform.

An Amazon Prime membership not only comes with cheap shipping prices but also gives you access to Prime’s grand vault of movies and TV shows. Among these, thrillers like ‘You Were Never Really Here‘ and ‘Blow the Man Down‘ should be right on top of your watch list. But when it comes to ‘Cut Throat City,’ it is not yet available on Amazon Prime.

As of now, ‘Cut Throat City’ is not available on any online streaming platforms. However, since it has premiered in theaters, you can find its tickets on Fandango Tickets.

Where to Stream Cut Throat City for Free?

There is no legal way with which you can watch ‘Cut Throat City’ for free, and so, we urge you to pay for watching the movie.