Where To Stream Death Of Me? 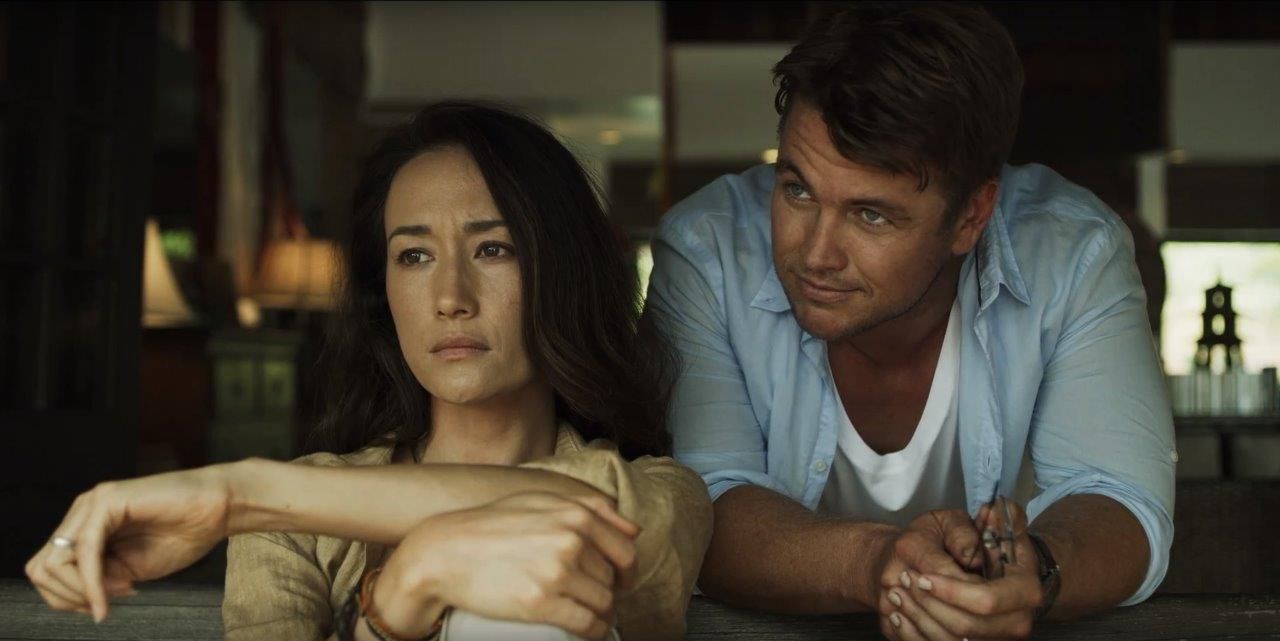 ‘Death Of Me’ is a mind-bending horror/thriller movie that is directed by veteran filmmaker Darren Lynn Bousman (director of ‘Saw II’). This bone-chilling horror flick features the talents of Maggie Q, Alex Essoe, Luke Hemsworth, and Kelly B. Jones. There is an ample amount of creepy scenes and hallucinations in ‘Death Of Me’ to keep you on edge and constantly anticipating the next scary scene. It’s one of those unprecedented, unpredictable horror movies, like ‘Midsommar’, that leave you feeling “what the hell did I just watch?”, but in a good way, because let’s face it, such films scare us good. There is a healthy amount of blood and gore as well, not too much and not too subtle either. If freaky horror is your thing, ‘Death Of Me’ will be a fun watch for you. Wondering where to stream it? We’ve got you covered. There are streaming details in this article, right after a short synopsis of the film.

What is Death Of Me All About?

Christine and Neil’s tropical vacation in Thailand turns into a hallucinatory nightmare when they wake up to find a strange video on Neil’s camera that shows Neil brutally murdering Christine. Two problems with that – Christine is still alive, and neither of them can remember the events of the night before. Stranded in the place for one more night, the couple tries to connect the dots to recall what happened the night before and make sense of the creepy weirdness going on around them. Maggie Q is very convincing as a terrified and confused victim and Luke Hemsworth does a great job as a horrified husband who is trying to win back the trust of his wife, even though he didn’t do anything.

Is Death Of Me on Netflix?

‘Death Of Me’ is not on Netflix currently. But viewers who love mind-bending psychological scary films can watch ‘In The Tall Grass‘ instead. It is about a pair of siblings who enter a grassy field when they hear a boy call out for help, but then realize that there is no way out of there.

Is Death Of Me on Hulu?

This film is not available for streaming on Hulu, unfortunately. But fans of similar movies can give ‘Pet Sematary‘ a watch. ‘Pet Sematary’ is based on Stephen King’s most disturbing novella.

Is Death Of Me on Amazon Prime?

Currently, ‘Death Of Me’ is not a part of the Amazon Prime Videos content roster. So far, it’s also not available in the video-on-demand catalog. But a good similar watch that’s available to stream on Amazon Prime is ‘Midsommar‘ – another freaky mind-bender of a film.

Where To Watch Death Of Me Online?

‘Death Of Me’ is available for rent or purchase as an online video-on-demand on platforms such as iTunes, FandangoNow, and Vudu.

Where To Stream Death Of Me For Free?

Currently, ‘Death Of Me’ is not available for free streaming on any platform. We always recommend viewers to pay for the content they consume.

Read More: Where To Stream Inez And Doug And Kira?