Where to Stream Dynasty Season 4? 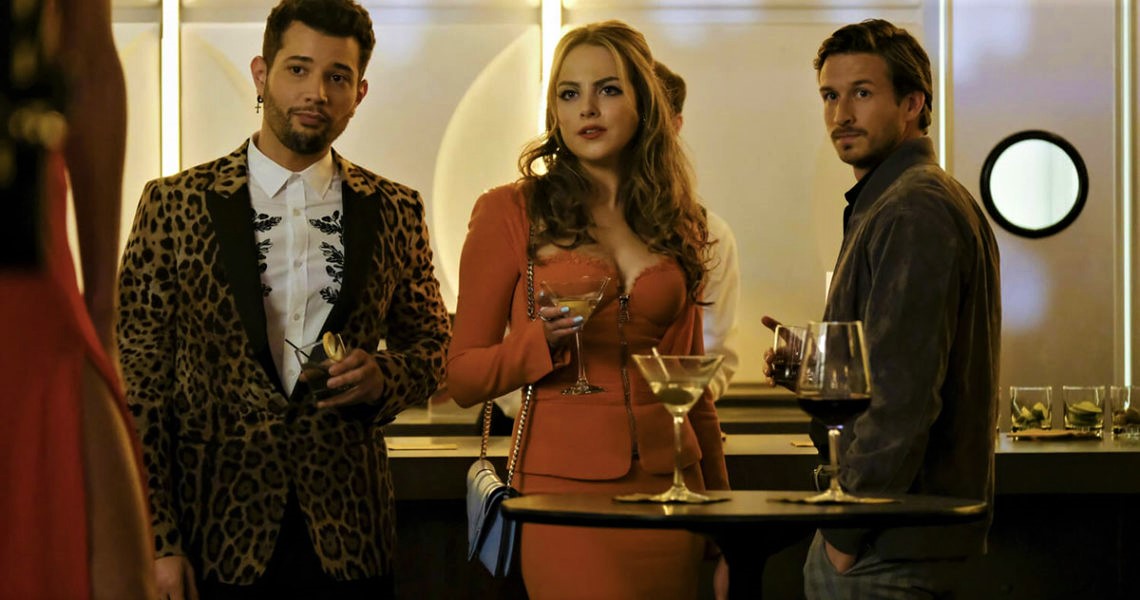 Developed by Sallie Patrick, Stephanie Savage, and Josh Schwartz, ‘Dynasty’ is a drama series that centers upon the Colbys and the Carringtons, two of America’s wealthiest families who compete to increase their influence and wealth. The show offers viewers a glimpse into the glamorous world of billionaires and also features the dark side to all the glitz. It has managed to garner the attention of a significant number of viewers around the world since it was first released in 2017.

Now, after three successful seasons, the show’s season 4 has also intrigued a lot of fans. If you wish to learn more about its premise or want to check where it can be streamed, you have come to the right place. Here’s everything you need to know.

What is Dynasty Season 4 About?

After a messy bachelorette party, Fallon and Liam, who were going to tie the knot in the season 3 finale, will want to get settled down as soon as possible and live a calm life. However, considering the twists and turns of the show, it remains unclear if their wish will be fulfilled any time soon. Moreover, Cristal and Blake are having a rough time, and the upcoming season is likely to shed some light on how their relationship will grow. Since the Carringtons are notorious for backstabbing one another, it won’t be surprising if the alliance of Alexis and Dominique ends up hurting Jeff.

Furthermore, Sam got married at Fallon’s bachelorette party, and it remains to be seen how his married life has turned out to be for him. Although Adam is likely to continue to work harder and achieve more success with the hope of stepping out of his family’s shadow, he will also create differences between him and Kirby because of his ambitions. With a lot of uncertainty about how the story unfolds in the current running, season 4 of ‘Dynasty’ is undoubtedly just as entertaining, messy, and dramatic as its previous installments.

Is Dynasty Season 4 on Netflix?

‘Dynasty’ season 4 will only arrive on Netflix a week after the season finale airs on The CW. Since there is no official date provided yet by the network for the conclusion of season 4, we have to guess, taking into account the previous seasons’ release pattern. Based on all the factors, our best estimate for the release of ‘Dynasty’ season 4 on Netflix is November – December 2021. Once the show is available, you can watch it here (where currently you can binge through the first three seasons).

Is Dynasty Season 4 on Hulu?

You can watch ‘Dynasty’ season 4 live with the Hulu + Live TV subscription. If you are already subscribed, you can head here to watch the drama series. People with a basic Hulu subscription can alternatively watch ‘The Handmaid’s Tale‘ and ‘Billions.’

Is Dynasty Season 4 on Amazon Prime?

‘Dynasty’ season 4 is available as video-on-demand on Amazon Prime. You can purchase the drama series here.

Where to Watch Dynasty Season 4 Online?

‘Dynasty’ season 4 is available for streaming on VOD platforms like YouTube, Vudu, FandangoNow, Google Play, iTunes, and Microsoft Store. The drama series is also accessible on live TV streaming platforms like DirecTV, FuboTV, YouTubeTV, and Spectrum. The CW’s official website and AppleTV are also one of many platforms where you can enjoy the show.

How to Stream Dynasty Season 4 for Free?

FuboTV and Hulu + Live Tv, both come with a 7-day free trial. So, you can watch the show free-of-cost on these platforms, provided you stream it during the free trial period. The CW’s official website also offers free streaming with ads.