Where to Stream Edge of the World? 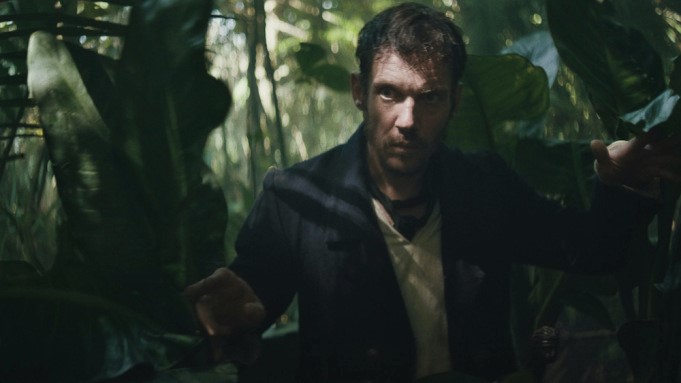 Starring Jonathan Rhys Meyers, Dominic Monaghan, and Josie Ho, ‘Edge of the World’ is an adventure drama movie that revolves around an English adventurer’s unbelievable journey to a rarely explored world of chaos and violence, where he rises to a position of unparalleled power and prestige. Inspired by a true story, the film touches upon one of the most inspiring events in human history that you may have never heard of. Curious to learn more about the show’s plot or where it can be streamed? You have come to the right place. Here’s everything you need to know.

What is Edge of the World About?

Sir James Brooke, a man in his mid-30s, realizes that he no longer feels the same commitment towards the British imperialist regime as he used to. His disillusionment with the regime and pursuit of something new leads Brooke to an epic unplanned journey that helps him gain far more influence and power than he could have ever imagined. Unbeknownst to the destination, he leaves his roots and ventures into the unknown seas, looking for a place where he could finally find peace.

He reaches Borneo in 1939, where he is mesmerized by the regions’ unspoiled beauty. Luckily, he finds himself in a conflict between two princes who are struggling for power in the region, which ultimately benefits him. After a series of unexpected events, he somehow manages to help quell a local rebellion for which he is made a governor and the ruler of the Raj of Sarawak. It marks the beginning of his lifelong journey in which the English adventurer fights slavery and the threat of pirates to rule a kingdom bigger than England. In case the story sounds intriguing, and you wish to watch the movie, here’s all the streaming information that you are going to need.

Is Edge of the World on Netflix?

Netflix subscribers will have to check other platforms as ‘Edge of the World’ is not accessible on the streaming giant as of now. Viewers looking for a similar movie can stream ‘A Fortunate Man’ ‘Outlaw King’ or ‘A Noble Intention.’

Is Edge of the World on Hulu?

No, ‘Edge of the World’ is not available on Hulu’s otherwise impressive catalog of movies. We recommend our readers watch ‘Robert the Bruce’ or ‘The Girl King.’

Is Edge of the World on Amazon Prime?

You can watch ‘Edge of the World’ on Amazon Prime since it is accessible as video-on-demand on the platform. You can rent or purchase the movie here.

Where to Watch Edge of the World Online?

‘Edge of the World’ is available on VOD platforms such as FandangoNow, Vudu, Redbox, Google Play, YouTube, and iTunes. You can also watch the adventure drama film on Spectrum, AppleTV, and DirecTV.

How to Stream Edge of the World for Free?

AppleTV and DirecTV come with a seven-day free trial. If you are a first-time subscriber, then you can stream the movie for free, provided you do so in the trial period. However, we encourage our readers to always consume content online only after paying for it.