Where To Stream Embattled? 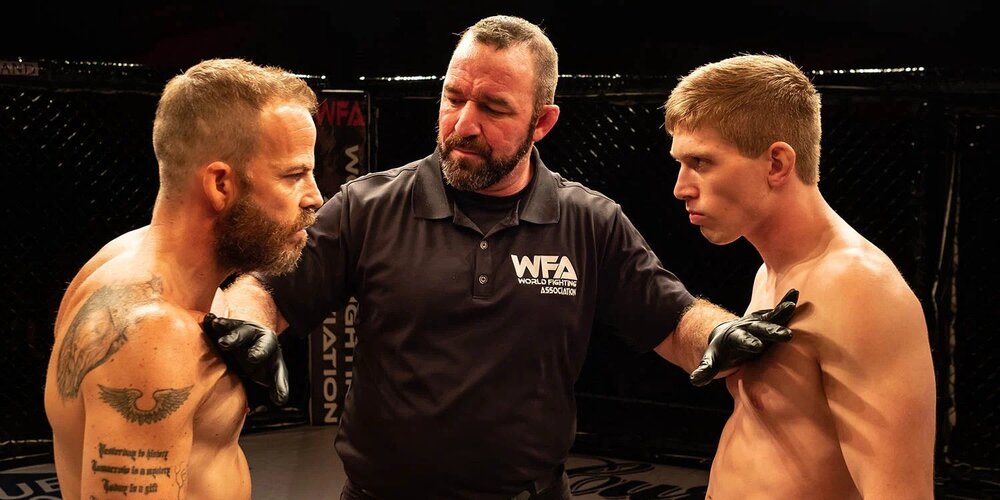 A sensitive 18-year-old boy faces off with his obnoxious and abusive MMA champion father in the ring in this family/sports drama film, ‘Embattled’. ‘Embattled is directed by Nick Sarkisov, developed from a trope-filled script by David McKenna. The movie features the acting talents of Stephen Dorff as the bully father, Darren Mann as his eldest son Jett, and Colin McKenna as Jett’s younger brother Quinn. The film is more a family drama set against the backdrop of MMA fighting than an actual sports drama. Curious to know more about the plot of ‘Embattled’ and where to stream it? We’ve got you covered.

What is Embattled About?

Jett is a sweet 18-year-old boy who is constantly clashing with his egomaniacal and boorish father Cash, the epitome of toxic masculinity. Jett wants to become an MMA fighter as well, like his father (who spews racist and homophobic comments like it’s no big deal) but he doesn’t agree with Cash’s ideologies. Jett tries to set up his single mom with his soft-spoken, wheelchair-bound teacher and also takes care of his developmentally challenged little brother who has Williams Syndrome, all while preparing himself to fight (and defeat) his champion father in the ring.

Is Embattled on Netflix?

‘Embattled’ is not available to stream on Netflix but interested viewers looking for something similar can watch ‘Bleed For This‘ and ‘First Match‘ instead.

Is Embattled on Hulu?

‘Embattled’ is not on Hulu, however, fans of boxing dramas can alternatively watch ‘Triumph of the Spirit‘.

Is Embattled on Amazon Prime?

Yes, ‘Embattled’ is available to rent and stream on-demand on Amazon Prime.

Where To Watch Embattled Online?

You can watch ‘Embattled’ by renting it on any of the following on-demand platforms – iTunes, Vudu, Google Play, and DirecTV.

How To Stream Embattled For Free?

Unfortunately, ‘Embattled’ is present on any streaming platforms that offer a free trial so the only way to watch it right now is to rent it as video-on-demand.