Where to Stream Endangered Species? 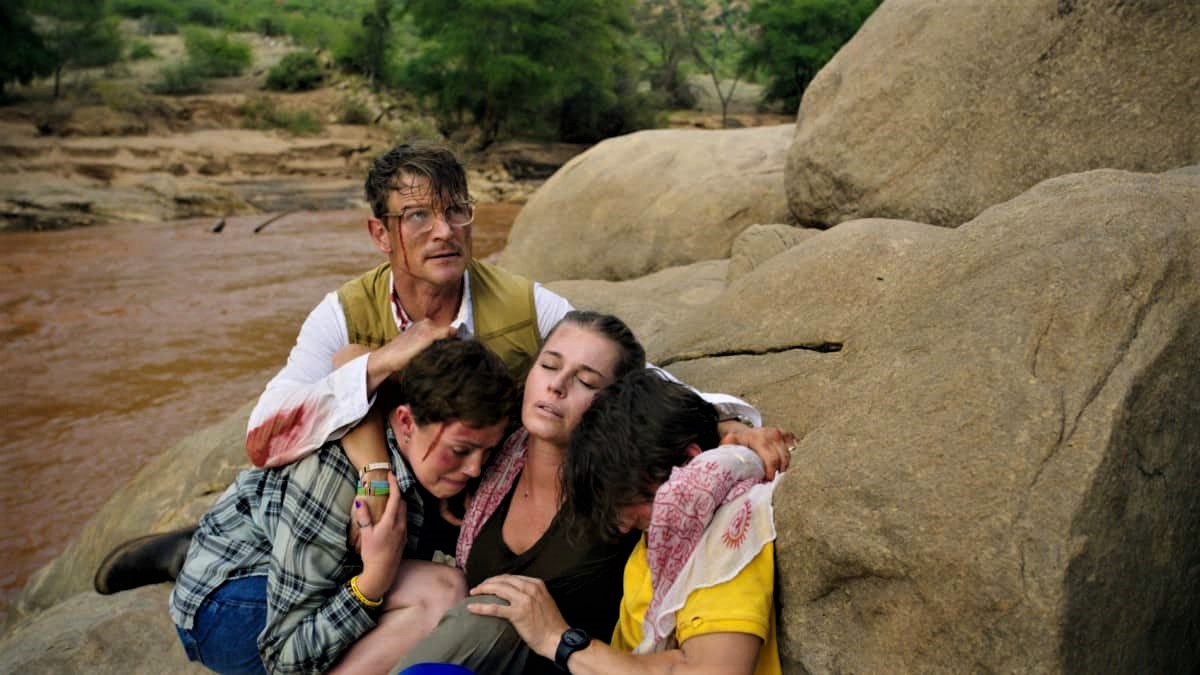 Directed by M.J. Bassett, ‘Endangered Species,’ is an action thriller movie that removes all barriers and tries to answer the question – what will a confrontation between the apex predators and human beings look like if the advantage of technological advancements were excluded and all one had was rudimentary tools? While the movie, in part, does show the consequence of such a confrontation, it also reveals that human beings are far more dangerous than any apex predator can ever be. If you wish to learn more about the film’s plot or where it can be streamed, you have come to the right place. Here’s everything you need to know.

What is Endangered Species About?

Jack Halsey takes his wife Lauren and their adult children Zoe, Noah, and a friend on a vacation to Kenya. He expects that the experience of the African wilderness will bring them closer and help fix some of the issues that the family has recently been dealing with. However, their dream vacation turns into a nightmare when they try to explore the region on their own, and their safari van gets flipped over by a rhino protecting her calf. With a lot of injuries, the tourists find themselves in a tricky situation and potential help a few miles away from them.

While two of them leave in search of help, the rest must fight a dangerous fight with the wild animals that lurk around them. The desperate fight for survival against apex predators is an unforgettable experience that you must not miss out on. In case you are interested and wish to watch the film, here’s all the streaming information that you are going to need.

Is Endangered Species on Netflix?

No, ‘Endangered Species’ is not accessible on Netflix as of now. However, subscribers who are looking for similar movies can watch ‘The Ritual.’

Is Endangered Species on Hulu?

Hulu subscribers will have to look for other alternatives as ‘Endangered Species’ is not available on the platform as of now. But we do have a recommendation for you readers. You can watch ‘The Way Back,’ which is a powerful story of survival and struggle that will leave a lasting impression on you.

Is Endangered Species on Amazon Prime?

‘Endangered Species’ is expected to arrive on Amazon Prime as video on demand in the near future. In the meantime, Prime subscribers can watch ‘The Trail’ or ‘Survive.’

Where to Watch Endangered Species Online?

You can watch ‘Endangered Species’ on video-on-demand platforms like Vudu and Redbox. The action thriller movie is also accessible on Spectrum or DirecTV. Popular VOD services like Google Play, Microsoft Store, iTunes, and FandangoNow are expected to add the film to their platforms in the near future.

How to Stream Endangered Species for Free?

Since ‘Endangered Species’ is only available on VOD websites, it is not possible to stream the movie free of charge, and you may have to wait for its release on platforms that offer a free trial.