Where to Stream Erin Brockovich? 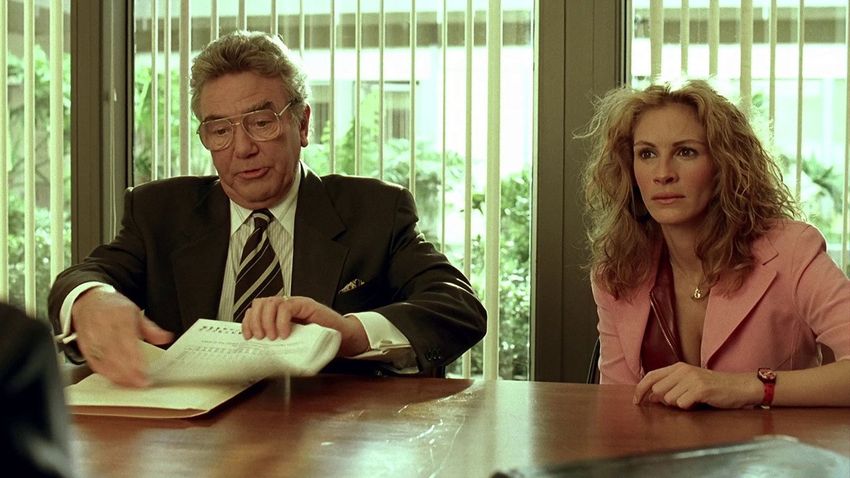 Starring Julia Roberts, Albert Finney, and Aaron Eckhart, ‘Erin Brockovich’ is a biographical legal drama movie that revolves around a single mother’s courageous stance against a powerful and corrupt organization whose negligence leads to unforgivable consequences. Directed by Steven Soderbergh, the film is based on a true story, and it familiarizes viewers with one of the most horrifying incidents in recent history. Curious to learn more about the movie’s premise or where it can be streamed? You have come to the right place; here’s everything you need to know.

What is Erin Brockovich About?

The movie follows the life of Erin Brockovich, a single mother of three children who is going through a rough time. As if her troubles alone were not enough, she gets injured in a road accident. Erin is told by Ed Masry, a lawyer, that they have a good chance of winning the case. However, when they sue the doctor responsible for the accident, the case does not turn out as they had expected. Disappointed by the loss, Erin requests Ed to hire her as she is unemployed.

Reluctant at first, Ed still gives Erin a chance, unaware at the time that his life is about to change in unthinkable ways. Erin is diligent and ambitious, so when she gets a case against a giant corporation that reeks of corruption and negligence, she immediately begins her investigation. Erin learns that the company is not only contaminating the groundwater of Hinkley with hexavalent chromium but is also deliberately ignoring and misguiding citizens on the hazardous medical conditions that have been on the rise in the region.

Although Ed is hesitant to take the case just like any other law firm, Erin is determined to help the people of Hinkley get justice no matter what it takes. However, it’s just the beginning of her long, perilous journey. Can Erin succeed against a giant corporation with unimaginable influence and power? To find out, you must watch the legal drama film, and here’s all the streaming information you are going to need for it.

Is Erin Brockovich on Netflix?

Unfortunately, ‘Erin Brockovich’ is not accessible on Netflix as of now. However, people with a subscription to the streaming giant can alternatively watch ‘The Laundromat.’

Is Erin Brockovich on Hulu?

Hulu subscribers will have to check other platforms since ‘Erin Brockovich’ is currently not available on the platform. Viewers looking for similar movies can alternatively watch ‘Bombshell‘ or ‘Changeling.’

Is Erin Brockovich on Amazon Prime?

‘Erin Brockovich’ is available on Amazon Prime as video-on-demand. You can head here to purchase the biographical legal drama movie.

Where to Watch Erin Brockovich Online?

You can stream ‘Erin Brockovich’ on VOD platforms such as Vudu, iTunes, Microsoft Store, Google Play, FandangoNow, YouTube, and Redbox. The Julia Roberts-starrer is also accessible on AppleTV, Spectrum, DirecTV, and Xfinity.

How to Stream Erin Brockovich for Free?

AppleTV and DirecTV both offer a seven-day free trial. So, you can watch ‘Erin Brockovich’ for free, provided you are a first-time subscriber. However, we encourage our viewers to watch their favorite shows and movies online only after paying for them.