Where to Stream Henry Danger Seasons 4 and 5? 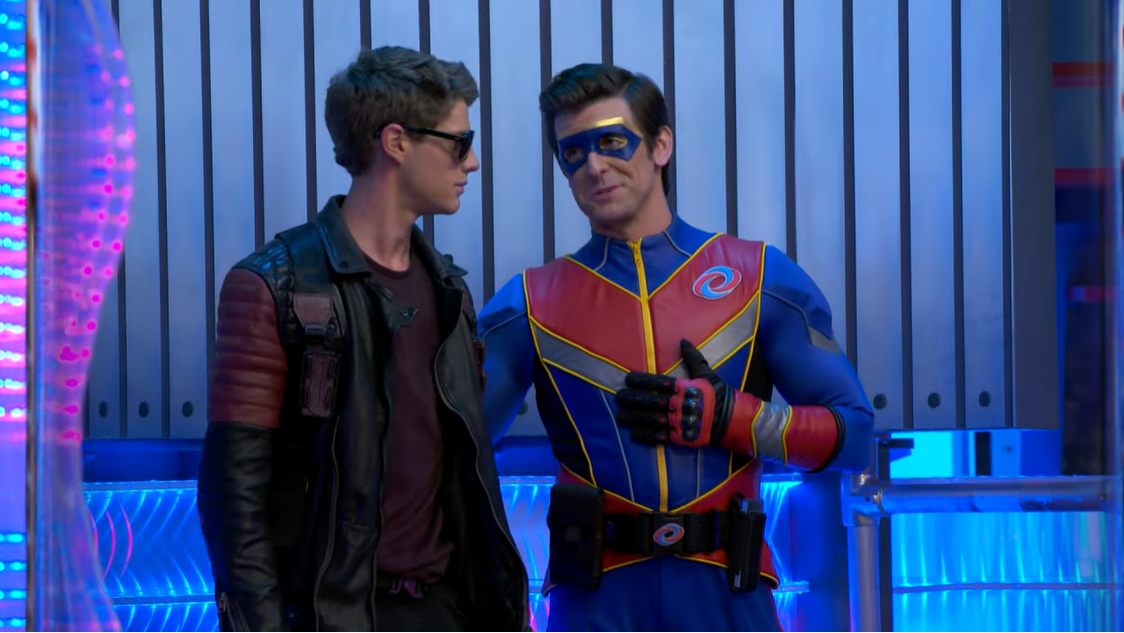 In fact, throughout its run, it progressed to gather quite a massive fanbase. If you are one of those viewers who have not had the chance to watch the show yet, you have reached the right place. Let us take you through the online streaming options for ‘Henry Danger’ seasons 4 and 5.

What is Henry Danger About?

The show introduces us to a 13-year-old boy named Henry Hart, who resides in the fictional town of Swellview. He teams up with the locale’s solo superhero, Captain Man, under the persona of Kid Danger. Although Henry is now a part-time sidekick to Captain Man, he cannot disclose his activities to those around him. Therefore, Henry tries his best to hide his secret from his best friends, Charlotte and Jasper, his younger sister, Piper, and his parents. Captain Man and Henry regularly meet at a shop called “Junk ‘n’ Stuff,” which has a hidden secret lair underneath. Captain Man keeps on reminding Henry that he will not be around for much longer and will soon need someone to take his place.

Are Henry Danger Seasons 4 and 5 on Hulu?

As of now, ‘Henry Danger’ is not on Hulu. However, you can watch several Nickelodeon shows on the platform and stream live TV from the channel, provided you have an active Hulu subscription.

Are Henry Danger Seasons 4 and 5 on Amazon Prime?

Yes, all the seasons from the show are available for rent or purchase on Amazon Prime Video. You can also stream certain episodes on the platform with the help of a NickHits subscription (at $7.99/ month after the 7-day free trial).

Are Henry Danger Seasons 4 and 5 on Netflix?

Seasons 1, 2, and 3 of ‘Henry Danger’ are currently streaming on Netflix. New episodes for seasons 4 and 5 should be added to the streamer in the near future.

Where to Stream Henry Danger Seasons 4 and 5 Online?

You can stream seasons 1 to 4 of ‘Henry Danger’ on CBS All Access. All five seasons are available for cable-free streaming on YouTube TV and Directv. You can additionally catch several episodes on Sling TV, Philo TV, and Fubo TV. You can also rent or buy episodes on Google Play, iTunes, Vudu, and Microsoft Store.

Where to Stream Henry Danger Seasons 4 and 5 For Free?

Several of the aforementioned streaming platforms offer free trials for a certain time span. You can take advantage of this option if you wish to catch the show online for free. Otherwise, there is no other alternative to watch ‘Henry Danger’ without additional charges.