Where To Stream Horimiya? 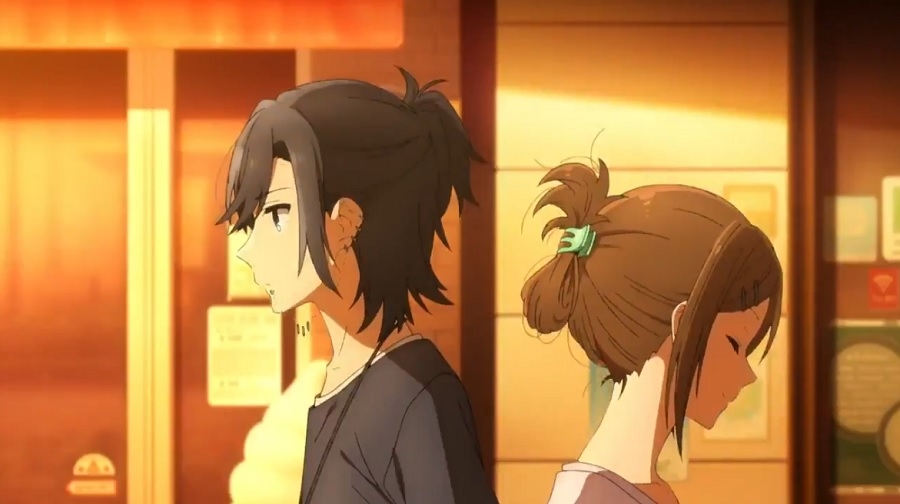 Opposites attract and fall for each other in the new manga-inspired Japanese anime series, ‘Horimiya.’ High school students who have starkly different realities than their personas at school discover each other’s real identities and form an unlikely bond. The show is based on a Japanese manga series that’s written by HERO and illustrated by Daisuke Hagiwara. Produced by CloverWorks Studios, ‘Horimiya’ premieres on January 10, 2021. If you’re curious about the plot of ‘Horimiya’ and wondering where to stream it, you’ve come to the right place. Here’s all that you need to know.

What is Horimiya About?

Kyoko Hori is a popular and glamorous girl at school. But when she gets home, she sheds her glam persona and dons simpler comfort clothing. In reality, she prefers to spend most of her time at home, managing household chores, and taking care of her brother. On the other hand, Izumi Miyamura has all the air and appearance of a bookish nerd at school. But when he is away from school, he turns into his true self, flaunting his many tattoos and piercings. The two starkly opposite people find out the truth about each other’s real personalities and decide to keep the secret. They become closer and closer until they inevitably fall in love.

Is Horimiya on Netflix?

As of now, ‘Horimiya’ is only available to stream on Netflix Japan. For audiences in the United States, there are other high school romance anime that you can alternatively watch, such as ‘Love, Chunibyo & Other Delusions‘.

Is Horimiya on Hulu?

‘Horimiya’ is not available on Hulu, but interested fans of the genre can instead watch similar series such as ‘Dagashi Kashi‘ and ‘Nisekoi 2‘.

Is Horimiya on Amazon Prime?

‘Horimiya’ is not on Amazon Prime, but people who like high school romance anime can try watching ‘Saekano – How to Raise a Boring Girlfriend‘ and ‘LOVE and LIES‘ instead.

Where To Watch Horimiya Online?

Where To Stream Horimiya For Free?

Funimation offers a 14-day free trial to first-time subscribers so you can take advantage of that offer if you’ve never had a Funimation account before and watch ‘Horimiya’ for free during the trial period. However, we do encourage you to pay for the content that you consume.