Where to Stream In the Heights? 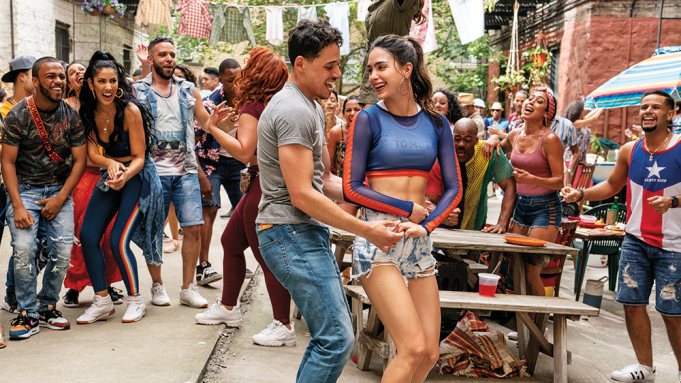 Starring Anthony Ramos, Corey Hawkins, Melissa Barrera, and Leslie Grace, ‘In the Heights’ is a musical drama movie that is inspired by Quiara Alegría Hudes and Lin-Manuel Miranda’s stage musical of the same name. The heartwarming story revolves around a bodega owner’s dream of returning to his roots and the experiences, heartaches, and aspirations of residents of the small Manhattan neighborhood where he lives. Curious to learn more about the films’ premise or where it can be streamed? We have got you covered.

What is In the Heights About?

Located in the northern part of Manhattan, Washington Heights may appear like any other ordinary American neighborhood with a close-knit community facing its own unique challenges. However, every resident of the area has a story to tell. Usnavi, a bodega owner, reminisces about returning to his roots in the Dominican Republic and all his hopes rely on winning the lottery. He also hopes to gather the courage to ask the girl he loves out on a romantic date someday.

Then there is Nina, a young, ambitious girl who has made it to Stanford. But when she returns to the neighborhood during the summer break, her parents, who have spent their entire lives to give her a better life, are unaware that she has dropped out. Vanessa, an aspiring fashion designer, is stuck with a job at a beauty salon, but her dreams have not died out, and she is optimistic about following her passion regardless of the challenges in her way.

The beauty of all these diverse characters in the film is that they all have something pulling them down, but they somehow manage to keep their dreams and hopes alive. In all the chaos, what really stands out and truly sticks with the viewers is the heartwarming and inventive musical numbers in which people of all backgrounds, with different body shapes and ages, come together to dance their hearts out. If the film sounds interesting, and you wish to watch it, here’s all the streaming information you will need.

Is In the Heights on Netflix?

‘In the Heights’ is not accessible on Netflix as of now. But people with a subscription can instead watch similar movies like ‘Work It’ or ‘The Prom.’

Is In the Heights on Hulu?

Hulu’s current offerings do not include ‘In the Heights.’ However, we do have really good recommendations for our readers. Hulu subscribers can alternatively stream ‘Valley Girl’ or ‘High Strung.’

Is In the Heights on Amazon Prime?

‘In the Heights’ is expected to arrive on Amazon Prime as video-on-demand in the future. In the meantime, subscribers can instead watch ‘Rent’ or ‘Billy Elliot The Musical.‘

Where to Watch In the Heights Online?

‘In the Heights’ is currently exclusively releasing on HBO Max. People with a subscription can stream the musical drama here. In case you want to enjoy the movie in theaters, you can book your tickets here. Popular VOD platforms such as Vudu, Microsoft Store, Google Play, Redbox, and FandangoNow are expected to add the film to their catalogs in the near future.

How to Stream In the Heights for Free?

Since HBO Max no longer offers a free trial, it is currently not possible to stream the musical drama for free.