Where to Stream Intergalactic? 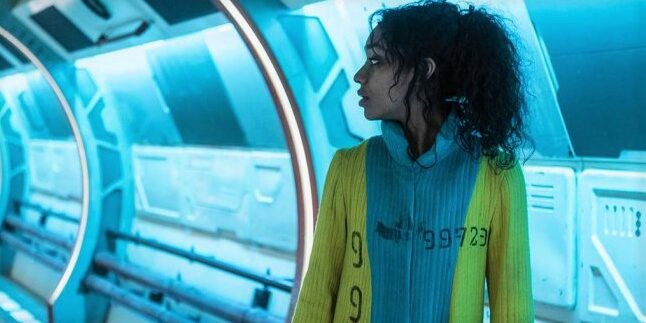 Starring Imogen Daines, Natasha O’Keeffe, and Parminder Nagra, ‘Intergalactic’ is a science fiction series that centers upon the conflict between a group of female convicts and the universal political authority that runs the future Earth. In all the chaos, an innocent young woman finds herself dragged into the action-packed confrontation between the two as the situations escalate. If you wish to learn more about the show’s narrative or want to know where it can be streamed, you have come to the right place. Here’s everything you need to know.

What is Intergalactic About?

Ash is a galactic pilot, and a rookie cop who lives in the future Earth when all regional centers of political powers have ceased to exist and the entire world is governed by the global authority known as Commonworld. Her career appears to be going great until she is convicted of a crime that she never committed, and all her hopes for a better future are buried instantaneously. However, she is unaware that it’s just the beginning of a long and arduous adventure that will push her to the limit.

When Ash is transported in a spaceship along with other criminals, her fellow convicts revolt against their captivity and hijack the high-security ship in pursuit of freedom in a far-off galaxy. She then finds herself in a spot as she never truly belonged with her fellow female prisoners in the first place. With her future at stake, Ash must find a way to prove her innocence and help the authorities catch the criminals. In case the premise of the science-fiction show interests you and you wish to watch it, here’s all the streaming information that you will need for that.

Is Intergalactic on Netflix?

Netflix subscribers will have to look for other alternatives as ‘Intergalactic’ is currently not available on the platform. Fans of science fiction shows can instead stream ‘Altered Carbon‘ or ‘Lost in Space.‘

Is Intergalactic on Hulu?

‘Intergalactic’ is not accessible on Hulu as of now. Subscribers can alternatively watch ‘Firefly,’ which focuses on a crew that has to look for other resources far away to ensure the survival of humanity.

Is Intergalactic on Amazon Prime?

‘Intergalactic’ is not part of Amazon Prime’s otherwise impressive catalog of films and television shows. Prime subscribers can alternatively watch ‘Humans‘ or ‘The Feed.’

Where to Watch Intergalactic Online?

You can stream ‘Intergalactic’ on Peacock. But the science-fiction series is not available on other platforms as of now.

How to Stream Intergalactic for Free?

Peacock offers a 7-day free trial for first-time subscribers. So, you can watch ‘Intergalactic’ for free on the platform, considering you do so in the trial period. However, we recommend our readers pay for the content they consume online.

Read More: Where is Intergalactic Filmed?