Where To Stream Loki? 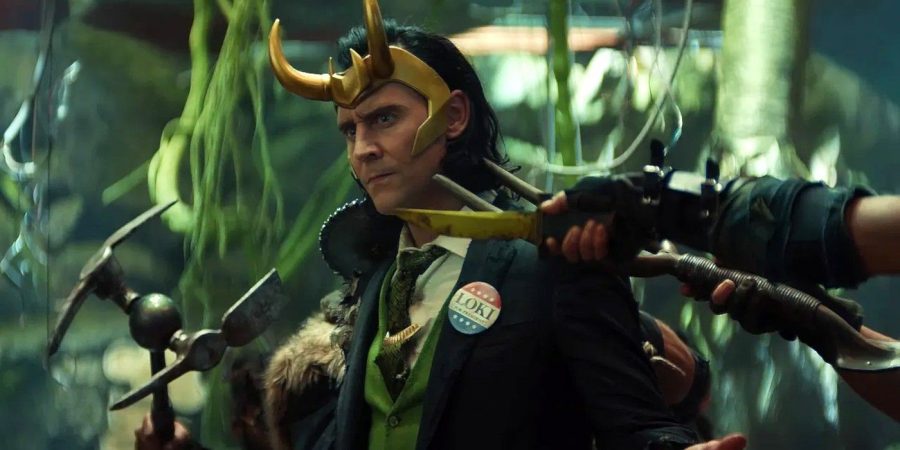 ‘Loki’ is a superhero television series created by Michael Waldron based on the Marvel Comics character of the same name. Tom Hiddleston reprises his decade-long role as the eponymous character from previous films, with Owen Wilson, Gugu Mbatha-Raw, and Wunmi Mosaku in the lead roles.

Set within the shared fictional continuity known as ‘Marvel Cinematic Universe’ and after the events of ‘Avengers: Endgame,’ it follows an alternate version of Loki who is forced to work for a mysterious organization in charge of maintaining the harmony of various timelines. If you are a fan of the sprawling franchise known for its interconnected stories, you certainly don’t want to miss out on ‘Loki,’ and here’s where you can watch it online.

What is Loki About?

‘Loki’ follows the antagonistic version of the titular character from the alternate timeline the Avengers visit during ‘Avengers: Endgame.’ After evading captivity and stealing the Tesseract, Loki is tracked by the Time Variance Authority (TVA). He is forced to work with the organization to help them maintain the flow of the time stream or risk being erased from existence. This sets Loki on a  journey of self-discovery that is vastly different from the one we’ve seen before. As a part of his missions for the TVA, Loki visits various crucial events in the history of humanity and alters time as per his orders, leaving his signature charm and mischief along the way. Surrounded by new foes and new allies, Loki will find trusting people as difficult as people find it to trust him.

Is Loki On Netflix?

Netflix’s library of entertainment content contains various interesting and binge-worthy titles, but ‘Loki’ isn’t one of them. If you wish to watch a superhero story with time travel shenanigans, you can choose to stream ‘DC’s Legends of Tomorrow‘ or ‘The Umbrella Academy‘ on the service.

Is Loki On Amazon Prime?

‘Loki’ isn’t available on Amazon Prime either as part of your subscription or on-demand. However, if you like edgy superheroes with questionable morality, we recommend watching ‘The Boys’ and ‘Invincible‘ on the service.

Is Loki On Hulu?

‘Loki’ isn’t a part of Hulu’s impressive catalog of titles. Still, should you wish to watch a show featuring Marvel Comics characters, you can choose to stream ‘Cloak and Dagger,’ about two troubled teenagers with special powers that are interconnected.

Is Loki On Disney+?

‘Loki’ is available to stream exclusively on Disney+ with a subscription. Additionally, you can also watch marvel shows such as ‘WandaVision‘ and ‘Falcon and the Winter Soldier‘ on the service.

Where to Watch Loki Online?

Since ‘Loki’ is a Disney+ original series, it won’t be available to stream on any other streaming service or VOD platforms.

How to Stream Loki For Free?

As mentioned above, ‘Loki’ can only be watched online with a subscription to Disney+. Therefore, there’s currently no way of streaming the show for free. We advocate paying for the entertainment you wish to consume and dissuade our readers from resorting to any illegal methods.