Where to Stream Manifest Season 3? 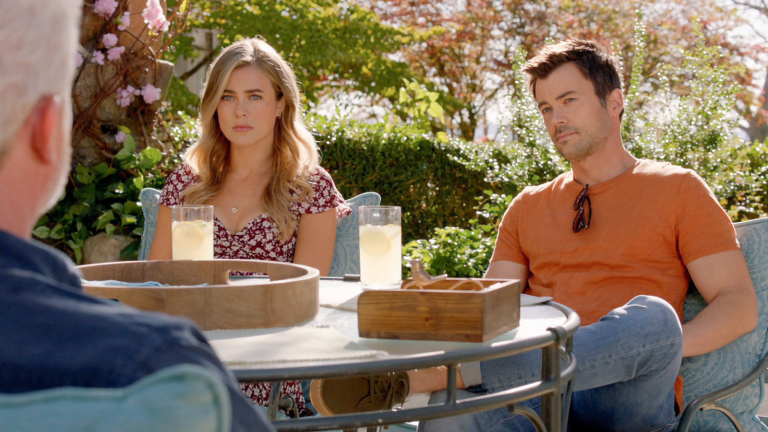 Created by Jeff Rake, ‘Manifest’ is a supernatural drama series that follows the passengers of Montego Air Flight 828, which mysteriously disappears on its way from Jamaica to New York City, only to land five years after it took off. Featuring stand-out performances by Melissa Roxburgh, Josh Dallas, Athena Karkanis, and J. R. Ramirez, the show has managed to captivate viewers since was it first released on September 24, 2018. Some of the fans may be curious to learn more about the plot of its season 3 or where it can be streamed. If you are also looking for similar information, we have got you covered.

What is Manifest Season 3 About?

In the season 2 finale, the passengers of Montego Air Flight 828 learn several shocking revelations about their fate. As Zeke’s expiration date approaches near, Saanvi Bahl takes it upon herself to finally find a way to save him. She meets Major, who has been keeping an eye on the passengers ever since their mysterious return. But their meeting ends in a tragedy as Major dies. However, Saanvi learns that the dead antagonist only wanted to use the unfortunate passengers as a weapon, and it was never her intention to help them. All the horrible experiments were done with the motive to extract information so that innocent people can be used as guinea pigs.

In the same episode, Michaela and Jared Vasquez are forced by drug dealers who use Cal Stone as a hostage. While they are standing on a frozen lake, lightning strikes, and the dope pushers, along with Cal, fall into the freezing cold water. But thanks to the heroic actions of Zeke, who, listening to his calling, manages to save the young passenger only to himself succumb to the frostbite. However, since his expiration date has arrived, his death did not shock anyone. But then all of that changes when Zeke somehow is resurrected.

In season 3, the series is going to explore the reasons for Zeke’s resurrection. Ben Stone comes up with a theory that claims that the passenger of Flight 828 can avoid their expiration date by following their callings. Since his theory is not yet tested and is only based on Zeke’s miraculous survival, so it remains to be seen what happens once he tells other passengers about it. If he is wrong, his recklessness may prove to be disastrous for some of them, who may go to desperate lengths to save their lives. To find out how the story unfolds, you must watch ‘Manifest’ season 3, and here’s how you can do that.

Is Manifest Season 3 on Netflix?

‘Manifest’ season 3 is not part of Netflix’s otherwise impressive catalog of television shows and movies. Though you can watch seasons 1 and 2 on Netflix here.

Is Manifest Season 3 on Hulu?

Yes, ‘Manifest’ season 3 is accessible on Hulu as of now. If you have a subscription, then you can head here to watch the show.

Is Manifest Season 3 on Amazon Prime?

‘Manifest’ season 3 is available as video-on-demand on Amazon Prime. You can purchase an episode or the entire season of the show here.

Where to Watch Manifest Season 3 Online?

You can stream ‘Manifest’ season 3 on the official website of NBC. The dark-supernatural series is also available on VOD platforms such as Vudu, FandangoNow, Microsoft Store, YouTube, Google Play, and iTunes. Fans of the ‘Manifest’ can watch the show on Spectrum, YouTubeTV, FuboTV, Peacock, DirecTV, Xfinity, and SlingTV as well.

How to Stream Manifest Season 3 for Free?

Platforms such as DirecTV, Peacock, and FuboTV come with a seven-day free trial, while YouTubeTV offers a fourteen-day free trial for first-time subscribers. So, you can watch the show for free of cost, but we recommend our viewers watch their favorite shows and movies online only after paying for them.