Where to Stream Queen of Meth? 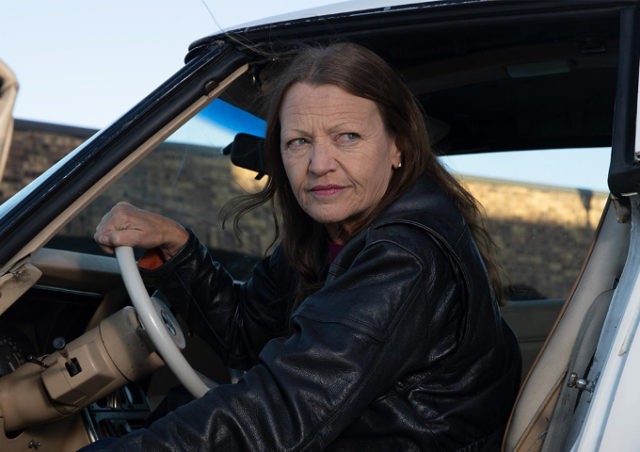 Directed by Julian P. Hobbs and Bari Pearlman, ‘Queen Of Meth’ is a drug documentary series that revolves around Lori Arnold, who became America’s most notorious drug dealer in the late 80s and built an empire that not only troubled the law enforcement authorities but also earned her millions of dollars. In case you are intrigued to hear her story and wish to know more about the documentary or where it can be streamed, well, we have got you covered.

What is Queen Of Meth About?

In the early 1960s, Lori Arnold was born in the small town of Ottumwa, Iowa. When she was barely a few years old, her parents got divorced, and Lori and her siblings started living with her father. After her father remarried, she began spending more time with her birth mother. Soon, Lori got addicted to alcohol and started going to bars regularly when she was just a teenager.

After Lori was introduced to Meth by her brother-in-law, she saw a great opportunity in drug trading and initially began buying and selling Meth around 1985. By the end of the 1980s, she was making around $200,000 every week from her drug empire and owned expensive sports cars, a private ranch, and thousands of dollars worth of jewelry. At one point, it seemed that Lori was invincible, but her illegal business came crashing down after she got arrested in 1991.

Since the fall of her methamphetamine production and distribution empire, Lori has spent around 15 years in prison and reportedly filed for bankruptcy in 2019. The documentary series starring Lori’s brother and well-known actor Tom Arnold delves deeper into her fall from grace and her life since then. If you wish to learn more about Lori Arnold and her fascinating story of fame, money, crime, and regrets, you must watch ‘Queen Of Meth.’ Here’s how you can do that!

Is Queen Of Meth on Netflix?

No, ‘Queen Of Meth’ is currently not part of Netflix’s impressive catalog of documentaries, movies, and shows. However, subscribers can alternatively stream ‘Drug Lords‘ or ‘The Business of Drugs.’

Is Queen Of Meth on Hulu?

Hulu subscribers will have to look for other alternatives as ‘Queen Of Meth’ is not accessible on the platform as of now. But we recommend our readers watch ‘Cartel Land‘ or ‘Drug Lords: The Next Generation.’

Is Queen Of Meth on Amazon Prime?

You can watch ‘Queen Of Meth’ on Amazon if you have subscribed to Discovery+ on the platform. Prime subscribers can alternatively enjoy other similar documentaries like ‘America’s War on Drugs‘ or ‘Drugs as Weapons Against Us.’

Where to Watch Queen Of Meth Online?

You can stream ‘Queen Of Meth’ on the official website of Discovery+. The documentary series is also available on other platforms like Spectrum, Fubo TV, Philo TV, and DirecTV. Popular VOD platforms like Google Play, Microsoft Store, Vudu, and iTunes are likely to add the show to their catalog in the near future.

How to Stream Queen Of Meth for Free?

Discovery+ offers a seven-day free trial for first-time subscribers. So, you can watch the show for free on the platform, provided you do so in the trial period. However, we encourage our readers to pay for the content they consume online.

Read More: Where is Queen of Meth’s Lori Arnold Now?