Where to Stream Robot Chicken? 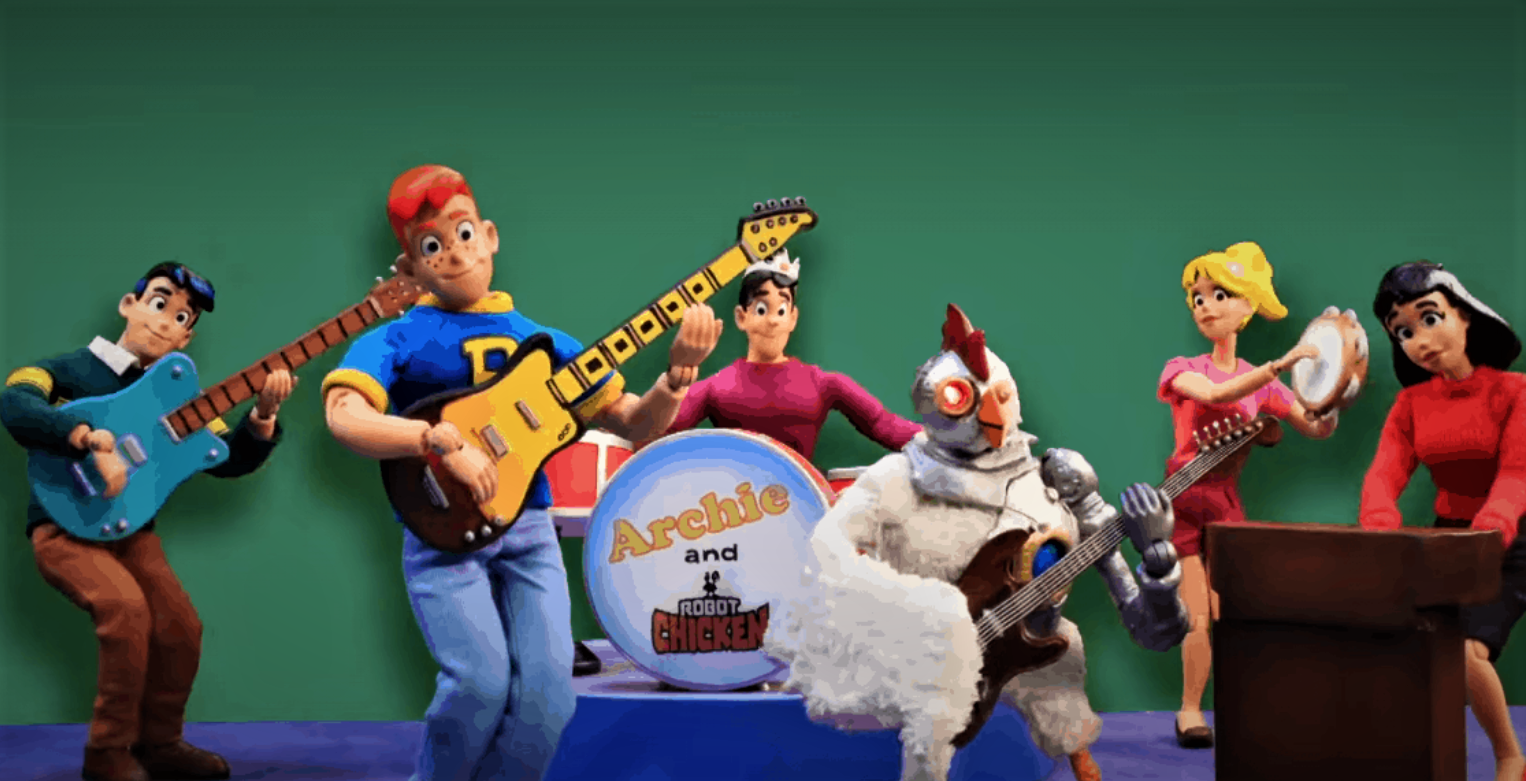 Created by Seth Green, Matthew Senreich, and Mike Fasolo, ‘Robot Chicken’ is an adult animated series that follows an ordinary bird that ends up getting transformed into a cyborg after his death, thanks to the assistance of “The Mad Scientist.” Unfortunately, the savior turns out to be the titular character’s worst nightmare when he begins to put his evil plans into action.

Featuring talented voice actors like Seth Green, Les Claypool, Zachary Levi, and Katee Sackhoff, the stop motion black sketch comedy is a laugh riot that excels at keeping the viewers engaged. Curious to know how you can watch it? You have come to the right place!

What is Robot Chicken About?

Once upon a time, the titular character was an ordinary chicken who lost his life after being run over by a car while crossing the road. However, unlike most dead birds who never draw anyone’s attention, the “Robot Chicken” is subsequently brought back to life by Fritz Huhnmörder, an eccentric man. Although the resurrection may seem like a blessing for the bird, the truth is a bitter pill to swallow.

The chicken is transformed into a cyborg, and the titular fowl is tortured by being forced to watch arbitrarily picked shows that end up forming the theme of the episode. The hilarious series of pop-culture parodies can make anyone laugh their hearts out. Now, if you plan on watching the show, here’s all the information you are going to need.

Is Robot Chicken on Netflix?

Unfortunately, Netflix subscribers will have to look for the show on other platforms since ‘Robot Chicken’ is unavailable on the streaming giant. However, we recommend our readers alternatively stream other adult animated shows like ‘Trailer Park Boys: The Animated Series,’ ‘BoJack Horseman‘ or ‘Disenchantment.’

Is Robot Chicken on Hulu?

Hulu subscribers would be delighted to know that the show is available on the streamer here! Moreover, you can also watch the latest episodes on Hulu+Live TV since it offers access to Adult Swim.

Is Robot Chicken on Amazon Prime?

The basic catalog of the streaming service does not include ‘Robot Chicken,’ but you can still rent or purchase your favorite episodes on Amazon Prime Video.

Is Robot Chicken on HBO Max?

Yes, ‘Robot Chicken’ is part of HBO Max’s current offerings. If you have a subscription to the streaming service, you can log in and watch the show here.

Where to Watch Robot Chicken Online?

You can stream ‘Robot Chicken’ on Adult Swim’s official website. The comedy series is also accessible on Xfinity, DirecTV, and Spectrum. Additionally, the show is available on Video-on-demand platforms such as Vudu, Google Play, Microsoft Store, YouTube, and iTunes. You can also catch the show through Apple TV, YouTubeTV, FuboTV, and SlingTV since these services provide the option to live stream Adult Swim shows. Additionally, people in the UK can watch ‘Robot Chicken’ on Channel 4.

How to Stream Robot Chicken for Free?

Hulu+Live TV, FuboTV, and DirecTV all offer a 7-day free trial, while YouTubeTV and Hulu (basic subscription) come with 14-day and 30-day trials, respectively. So, you can use any of the aforementioned subscription plans to stream ‘Robot Chicken’ for free. However, we encourage our readers to pay for the content they wish to consume.