Where to Stream Run Hide Fight? 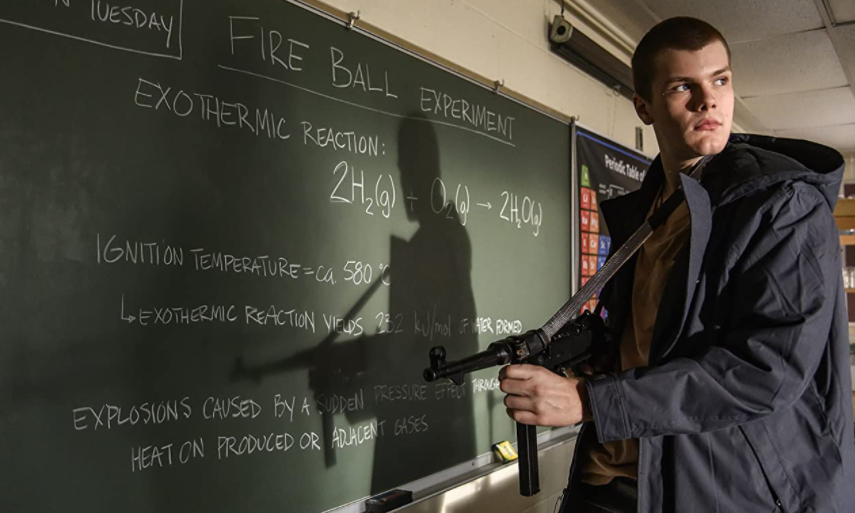 ‘Run Hide Fight’ is an action thriller film, helmed by Kyle Rankin as the writer and director. Starring Thomas Jane, Radha Mitchell, and Isabel May in the lead roles, the movie had its world premiere at the Venice Film Festival in September 2020. Upon its release, ‘Run Hide Fight’ drew comparisons with ‘Elephant’ and ‘The Hunger Games’.

Critics had even pointed out that the story resembles the premise of ‘Die Hard’, set against the backdrop of a high school. We meet a teenage, female version of John McClane, who gets guidance from her dead mother and uses the inputs to crack a sinister plot, using mostly her instincts. In fact, the main antagonist has drawn comparisons to the Joker from ‘The Dark Knight’. Well, ‘Run Hide Fight’ is definitely an interesting watch. So, do you wish to stream this flick online from the comforts of your home? Worry not! We have you covered!

What is Run Hide Fight About?

‘Run Hide Fight’ stars Isabel May as Zoe Hull, Thomas Jane as Zoe’s dad Todd, and Radha Mitchell as Zoe’s mom Jennifer. Other supporting stars are Eli Brown, Olly Sholotan, Treat Williams, Barbara Crampton, and Cyrus Arnold, among others. The story follows the 17-year-old high school student, Zoe, who needs to use all her instincts and smarts to survive an active shooter situation. When a group of ruthless terrorists takes over her school, Zoe must do everything to save herself and her classmates.

Is Run Hide Fight on Netflix?

No. But if you love movies with equal doses of action and emotion, you can watch ‘The Night Comes for Us’, which is currently streaming on the platform.

Is Run Hide Fight on Hulu?

No, ‘Run Hide Fight’ is not on Hulu. However, the platform houses several gritty action thrillers. You can simply login after subscribing and catch the movies online.

No, ‘Run Hide Fight’ is not on Amazon Prime either. However, on a similar note, you can catch ‘The Dirties‘, a movie about two teens who plans to take revenge on their school’s bullies.

‘Run Hide Fight’ releases on January 14, 2021, during a Daily Wire backstage event, which features Ben Shapiro and co-CEO Jeremy Boreing as the hosts. The movie live-streams on the same date on The Daily Wire and YouTube. You can then stream the movie from January 15, 2021, on The Daily Wire.

Where to Stream Run Hide Fight Online For Free?

As of now, the only viable way to watch the movie is by subscribing to The Daily Wire. There are no free options to stream the flick. Anyway, we always recommend our viewers to pay for the content they consume.