Where To Stream RWBY? 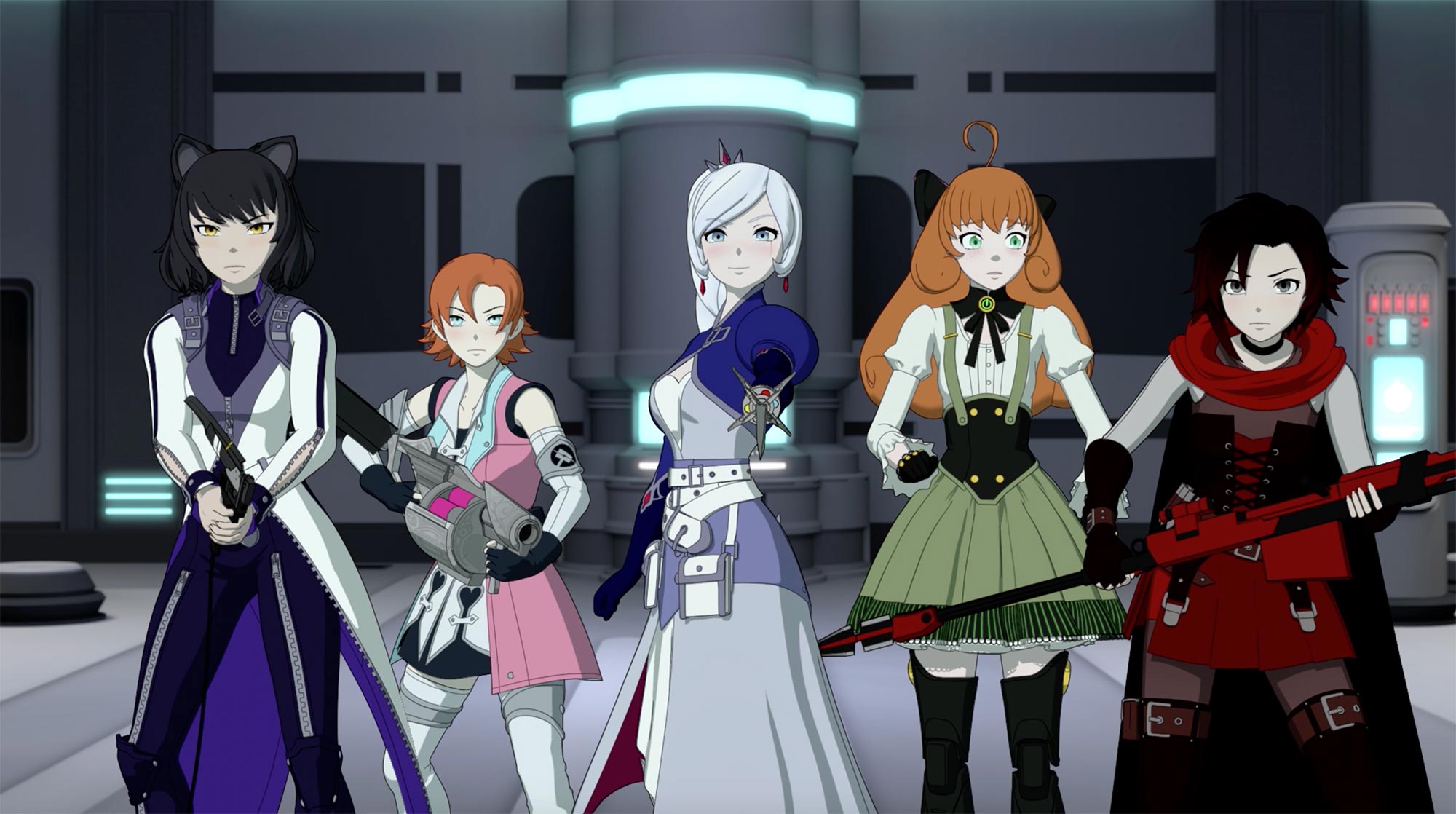 ‘RWBY’ is an anime-style sci-fi adventure web series created by Monty Oum. It first premiered on July 18, 2013, on the Rooster Tooth website and became a viral sensation, developing a hard-core fan following across the globe. Over the course of its eight seasons, the series has made its way into mainstream pop culture and is ever-expansive in its appeal, thanks to mature themes and escapist fantasy elements. If you wish to jump aboard the hype-train and start streaming the pop-cultural phenomenon, here’s how you can watch ‘RWBY’ online.

What is RWBY About?

‘RWBY’ takes place in the fantasy world of Remnant, which is composed of four kingdoms. Years ago, Salem, a manipulative woman, tried to coax the Gods of Darkness and Light into resurrecting her fallen lover, Ozma. Enraged by her actions, the Gods cursed Salem with immortality and obliterated humanity on Earth.

Ozma is reincarnated as Ozpin on Remnant. Under his leadership, the four kingdoms establish academies for training students to counter the threat of the Creatures of Grimm that torment the people of Remnant. These academies also guard the four relics whose reunion will summon the Gods to judge humanity. The series focuses on four young women – Ruby Rose, Weiss Schnee, Blake Belladonna, and Yang Xiao Long – enrolled at the Vale kingdom academy, trying to navigate this complex world with many threats.

Is RWBY On Netflix?

‘RWBY’ isn’t a part of the myriad of entertainment titles offered by Netflix to its subscribers. Instead, you can check out ‘Code Geass: Lelouch of the Rebellion,’ an anime series about a high school student who leads the Japanese rebel forces against Britannia’s invading forces using his recently acquired power to make anyone obey his commands.

Is RWBY On Amazon Prime?

The first six seasons (aka volumes) of ‘RWBY’ are available to stream on Amazon Prime with a subscription, while season 7 can be purchased on-demand. Season 8 isn’t currently available, but it will possibly be added soon (after all episodes have aired on the Rooster Tooth website) to Amazon Prime.

Is RWBY On Hulu?

Unfortunately, ‘RWBY’ isn’t a part of Hulu’s impressive catalog of entertainment titles. Alternatively, you can stream ‘Attack on Titan,’ a similar fantasy anime series (about the struggles of the remaining humanity with monsters known as Titans in a post-apocalyptic world) on the streaming service.

Where to Watch RWBY Online?

All episodes of ‘RWBY,’ including the latest episodes, which air weekly, are available to stream on Rooster Tooth’s official website or mobile app with a subscription. Additionally, the latest episodes are simulcast on Crunchyroll, and you can also watch episodes from the previous seasons on the anime-oriented streaming service. ‘RWBY’ volumes 1 to 7 are available for purchase on VOD Platforms such as Vudu, Google Play, iTunes, and Microsoft Store.

How to Stream RWBY For Free?

Folks looking to stream the series free of cost are in luck! You can watch ‘RWBY,’ including the latest episodes, for free by signing-up for a 7-day free-trail of Rooster Tooth’s FIRST subscription on their website. Older episodes become free of cost 7 days after they release. You can also sign-up for the 30-day free trial of Crunchyroll to watch it for free. A few volumes of ‘RWBY’ are also available to watch without charges (with ads) on Vudu, while volumes 1 to 6 can be streamed with a 30-day free trial of Amazon Prime.