Where to Stream Saw Film Series? 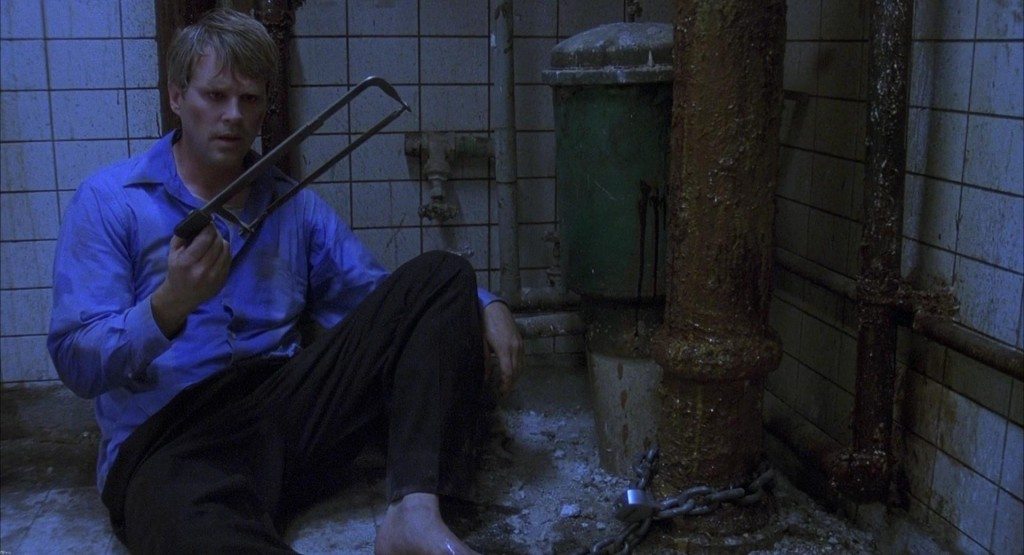 Created by James Wan and Leigh Whannell, ‘Saw’ is a splatter film franchise that recounts unforgettable spine-chilling tales of abduction, murder, physical and psychological torture that have horrified audiences around the world for a long time. In case you are interested to finally watch the movie series and wish to learn more about the premise of the first movie or where it can be streamed, you have come to the right place; allow us to help you learn all you need to know.

What is Saw About?

Adam Stanheight and Dr. Lawrence Gordon, two freelance photographers, wake up in a strange bathroom with no recollection of how they ended up there. They soon realize that they are chained to a pipe, and there lies a dead man between them who has a gun in his hand. Both of them soon find out that they are abducted by the notorious Jigsaw Killer, who enjoys testing his victims by psychologically and emotionally torturing them. His mind games and torture usually takes the form of well-thought tasks that usually strips his victims of all ethical and moral considerations.

As Adam and Lawrence begin to connect the dots and truly internalize the horrific situation they are in, the duo starts to work as a team and develop a plan that appears to give them a chance to survive the vicious and cruel tortures of the serial killer. But have they taken all possibilities into account? Will they be able to free themselves and return safely to their families? In order to find out, you must see ‘Saw,’ and here’s all the streaming information that you will need for that.

Is Saw on Netflix?

Netflix subscribers will have to look for other alternatives as the streaming giant’s impressive catalog does not include ‘Saw’ as of now. Viewers looking for similar films can instead stream ‘The Binding’ or ‘Things Heard & Seen.’

Is Saw on Hulu?

Is Saw on Amazon Prime?

You can watch ‘Saw’ on Amazon Prime here if you are subscribed to HBO Max on the platform. Saw Part II (Director’s Cut), III, IV, V (Director’s Cut), and ‘Saw: The Final Chapter‘ are also accessible if you wish to watch more movies of the franchise.

Where to Watch Saw Online?

How to Watch Saw for Free?

Since the movies in the ‘Saw’ franchise are either available on VOD platforms or websites that don’t offer a free trial, it is impossible to stream the films for free as of now. However, we encourage our readers to pay for the content they consume online.

Read More: All 7 Saw Movies, Ranked From Worst to Best