Where to Stream School of Rock? 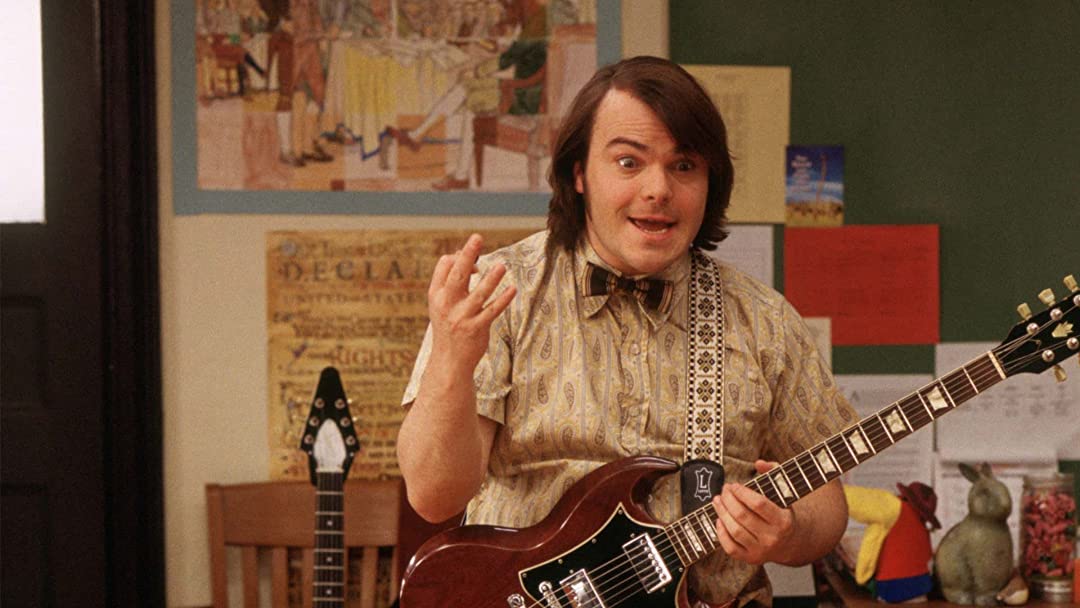 Starring Jack Black, Mike White, and Joan Cusack, ‘School of Rock’ is a musical comedy movie that follows Finn, a broke guitarist who goes to desperate lengths to make a living and revive his career after being kicked out of his own band. The hopeless pursuit of his dreams and delusions of grandeur takes Finn to unlikely places, but he always finds a way to deal with his troubles. Curious to learn more about the hilarious misadventures of the protagonist or where ‘School of Rock’ can be streamed? You have come to the right place; here’s everything you need to know.

What is School of Rock About?

Guitarist Dewey Finn has always pursued music with all his heart and soul, never thinking of making a career in any other field. So, when he gets kicked out of his rock band, Finn is completely lost and realizes that he has a huge debt to repay. He lives with Ned Schneebly, one of his old bandmates, who gets a well-paying job offer to be a substitute teacher at a private school. Impersonating Ned, Finn accepts the opportunity and meets a surprisingly talented group of students. He begins to teach the students the intricacies of rock and roll, clearly unimpressed by their lack of awareness of the genre. Finn knows that he must teach these kids all they need to learn without drawing too much attention from the parents and the school principal.

He comes up with a plan to not only teach them the art but also form a rock band. Once he does that, the children will then be eligible to participate in the “Battle of the Bands” music competition where winners get the prize money of $10,000. But will Finn’s plan work out in the end for him? Or will he get caught lying before he can put his plans into action? To find out how the story unfolds, you must watch ‘School of Rock.’ Here’s all the streaming information that you are going to need for that.

Is School of Rock on Netflix?

‘School of Rock’ is not available to stream on Netflix. Interested audiences can alternatively watch ‘Yes Man,’ which is about a man who resolves to say yes to new experiences and finds himself in hilarious situations as a result.

Is School of Rock on Hulu?

Hulu subscribers may have to look for other alternatives as ‘School of Rock’ is not accessible on the platform as of now. However, we do have two great recommendations for our readers. You can instead watch ‘Almost Famous‘ or ‘Napoleon Dynamite.’

Is School of Rock on Amazon Prime?

‘School of Rock’ is available on Amazon Prime as video-on-demand. You can rent or purchase the musical comedy film here. Prime subscribers can also alternatively watch ‘Bandslam.’

Where to Watch School of Rock Online?

‘School of Rock’ is accessible for streaming on VOD platforms such as Vudu, iTunes, FandangoNow, Google Play, YouTube, Redbox, and Microsoft Store. You can also enjoy the comedy film on AppleTV or Xfinity.

How to Stream School of Rock for Free?

Since ‘School of Rock’ is only available to buy or rent on-demand, it is currently impossible to stream the movie free of cost.