Where to Stream Shadow in The Cloud? 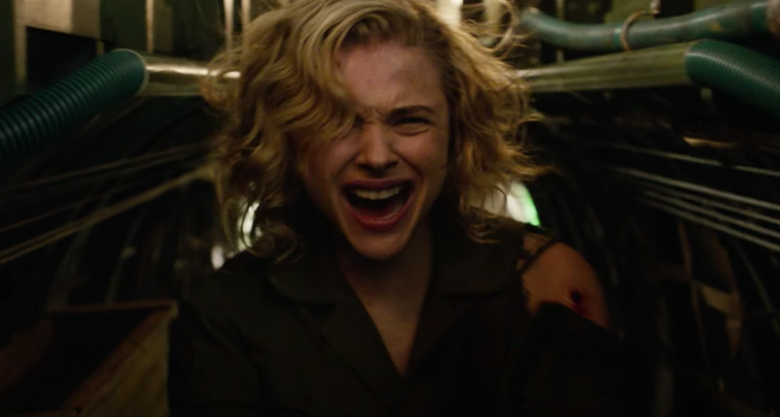 ‘Shadow in the Cloud’ is an action-horror flick, helmed by Roseanne Liang as the director. Starring Chloë Grace Moretz, Beulah Koale, Taylor John Smith, Callan Mulvey, and Nick Robinson, in the lead roles, it follows a female WWII pilot, who carries some covert documents and flies on a B-17 Flying Fortress. The movie had premiered on September 12, 2020, at the 2020 Toronto International Film Festival. Now, for fans who wish to watch the film from the comforts of their homes, we have you covered!

What is Shadow in The Cloud About?

‘Shadow in the Cloud’ takes place during the Second World War. On one of the rainy and wintry mornings in Auckland, a squad of Allied soldiers gears up to take to the war in a B-17 Flying Fortress. The crew comprises only men but they are in for a surprise. Captain Maude Garrett boards the plane and explains that she has a top-secret package. When the men see a woman on a military flight, they are, of course, suspicious. But then, they are taken off guard by her quick wit and immense knowledge about the military.

However, when her stories start to show loopholes and the plane faces multiple strange happenings, it causes panic and paranoia among the crew members. On the other hand, in the sky, the team needs to face an evil entity — which has sharp teeth and desires blood. The creature lurks in the shadows and the crew needs to navigate an oncoming Japanese ambush while dealing with an evil lurking within. Meanwhile, Maude must do everything to guide the team and protect her mysterious package.

Is Shadow in The Cloud on Netflix?

No, ‘Shadow in the Cloud’ is not on Netflix. However, the platform is your go-to destination for some remarkable war-centric action movies. And our detailed list will help you out in getting started!

Is Shadow in The Cloud on Hulu?

Unfortunately not. ‘Shadow in the Cloud’ is not on Hulu either. But on a similar note, you can watch ‘The 12th Man’ on the platform.

Is Shadow in The Cloud on Amazon Prime Video?

No. At the time of writing, ‘Shadow in the Cloud’ is not available on Amazon Prime Video. But we have some good news. You can check out this movie called ‘Overlord’, which has a similar tone, on the platform.

Where to Stream Shadow in The Cloud Online?

You can buy or rent ‘Shadow in the Cloud’ on iTunes, Fandango Now, and Google Play. Since the flick was released in virtual movie theaters on January 1, 2021, you can visit the Fandango website to check out a convenient time and preferred ticket prices — to watch the film remotely in a theater.

Where to Stream Shadow in The Cloud Online For Free?

As of now, there is no viable option to stream ‘Shadow in the Cloud’ for free. Anyways, we always advise our readers to pay for the content they consume.