Where to Stream Spoor? 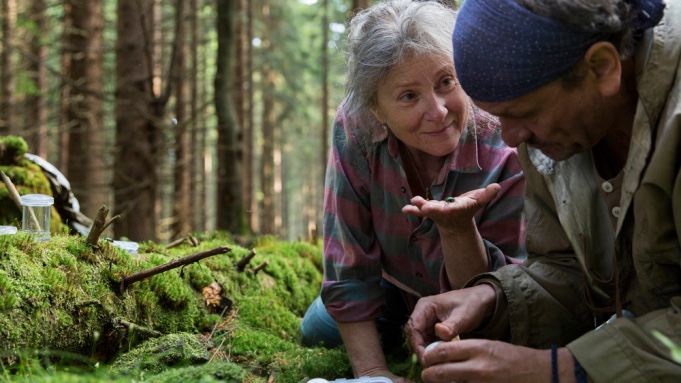 ‘Spoor,’ directed by Agnieszka Holland, is a Polish crime drama, which is the movie adaptation of the novel ‘Drive Your Plow Over the Bones of the Dead,’ penned by Olga Tokarczuk. The film, following its release in Poland and Berlin in February 2017, opened to good critical reviews. The movie has received praise for its sprawling, mesmerizing, and emotionally enveloping storyline. The perfect definition of utopia, ‘Spoor’ is a resonant and inspiring political thriller. Because of these reasons, it was also elected to compete for the Golden Bear at the 67th Berlin International Film Festival. It has additionally won the Alfred Bauer Prize and was selected as the Polish entry for the Best Foreign Language Film at the 90th Academy Awards. Well, on a good note, ‘Spoor’ has now been made available for the US audience. Therefore, let us check out its online streaming options.

What is Spoor About?

‘Spoor’ is set against the backdrops of the remote mountainous region of the Kłodzko Valley in south-western Poland. Here, we meet an eccentric and aged woman named Janina, who resides with her two dogs. One day, her dogs go missing when Janina gives a ride to another woman to the local store. She suspects that her neighbor, a hunter, might be the culprit. However, the suspect dies, and when Janina complains to the authorities about her dogs, they ignore her. She next appeals to the priest but is labeled as blasphemous for treating animals like humans. She is disturbed by the local hunting activity and the killing of animals in the area and wishes to put an end to the slaughter.

Is Spoor on Netflix?

No, ‘Spoor’ is not on Netflix. However, if political thrillers are your weakness, then our comprehensive list is here to help you in making a decision.

Is Spoor on Amazon Prime Video?

Yes! The movie is currently available on Amazon Prime Video! You can simply pay for the movie and buy or rent it to catch it online.

Is Spoor on Hulu?

No. But on a similar note, you can check out ‘I Am Not Your Negro,’ a revealing documentary about what it means to live as a Black in America.

Where to Stream Spoor Online?

‘Spoor’ has been made available for digital renting and buying from January 22, 2021, onward. You can buy or rent the movie on platforms such as iTunes, Google Play, Vudu, and YouTube. On some of the platforms, the flick is available with subtitles.

Where to Stream Spoor Online For Free?

As of now, there is no option to stream the movie for free. You need to pay a fee and catch the movie. Anyway, it is always advisable to pay for the content you consume.