Where to Stream Take Shelter? 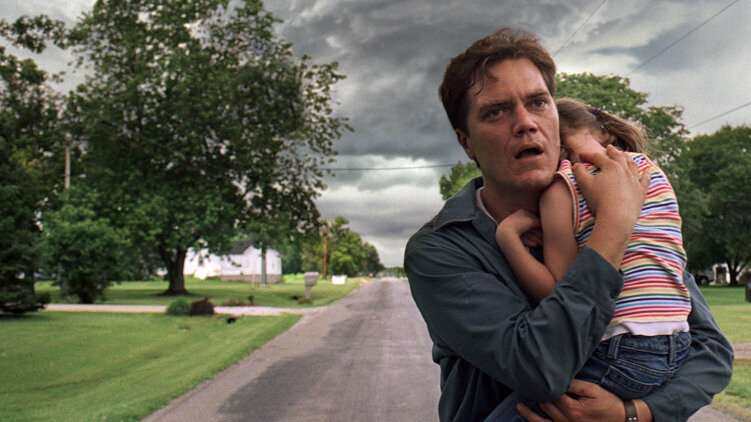 Directed by Jeff Nichols, ‘Take Shelter’ is a psychological thriller movie that follows an ordinary man haunted by nightmares about the coming catastrophe. With secrets of his family buried deep in his heart, he begins to prepare for the horrors that have been keeping him up at night. In case the film sounds interesting, and you wish to learn more about its premise or streaming details, you have come to the right place. Here’s everything you need to know!

What is Take Shelter About?

Curtis LaForche appears to have everything in life, a stable job in construction, a loving wife, and an adorable daughter. However, regardless of all his blessings, he is constantly worried about losing everything. The unease and the deep-rooted fears get bad to worse once he starts having unusual nightmares, which always, for some reason, reflect his insecurities. The dreams about the storm destroying his home drive him to the point that he even borrows money to work on his old shelter.

His paranoia and the desire to extra precautions to save the people he loves are not entirely baseless. But his unusual behavior draws the attention of the small town towards him, and people even begin talking about him behind his back, often questioning his sanity. Although his paranoia seems unreasonable, the city has been devastated by tornadoes in the past, so it is logical to look after one’s family to an extent. Furthermore, regardless of what people may think of him, Curtis is an intelligent man.

He is aware of his family’s medical history (his mother has paranoid schizophrenia) and knows that his paranoia may point to the onset of the inherited mental illness. But he still prepares for the vivid horrors that he witnesses in his nightmares, hoping that he never loses his family. In the meantime, the audience is left contemplating what to believe and what not to. The captivating film is, therefore, an interesting watch, and here’s all the streaming information that you are going to need if you plan on watching it.

Is Take Shelter on Netflix?

No, ‘Take Shelter’ is not accessible on the streaming giant. Netflix subscribers can alternatively stream other psychological thrillers like ‘Deadly Illusions’ or ‘The Woman in the Window.’

Is Take Shelter on Hulu?

Hulu subscribers will have to check other platforms as ‘Take Shelter’ is currently not available. Viewers looking for similar movies can instead stream ‘We Need to Talk About Kevin.’

Is Take Shelter on Amazon Prime?

You can stream ‘Take Shelter’ on Amazon Prime if you have a subscription. The psychological thriller is also available as video-on-demand. So, you can head here to either rent it or to watch it with your subscription.

Where to Watch Take Shelter Online?

‘Take Shelter’ is available on VOD platforms such as Vudu, FandangoNow, iTunes, Google Play, YouTube, Microsoft Store, and the official website of AMC Theaters. The Michael Shannon-starrer movie is also accessible on Xfinity, AppleTV, and DirecTV.

How to Stream Take Shelter for Free?

Platforms such as AppleTV and DirecTV give their first-time subscribers a seven-day long free trial. So, you can stream ‘Take Shelter’ on them for free. However, we encourage our readers to watch their favorite movies online only after paying for them.