Where To Stream The Devil Below? 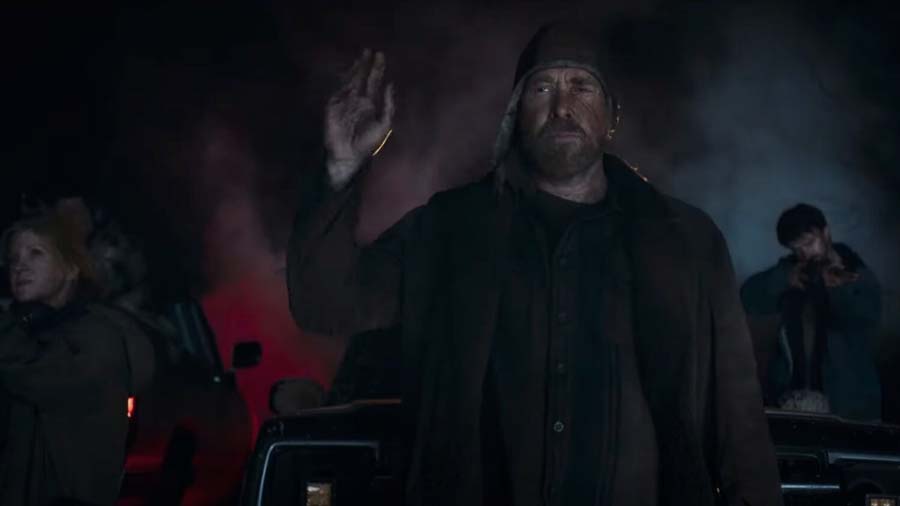 ‘The Devil Below’ is a monster-horror thriller film directed by Bradley Parker, from a screenplay written by Stefan Jaworski and Eric Scherbarth. It stars Will Patton, Adan Canto, Jonathan Sadowski, Alicia Sanz, William Mark McCullough, and Chinaza Uche in the lead roles. The film tells the story of a group of amateur explorers who specialize in urban myths. They travel to the remote small town of Shookum Hills in the Appalachian Mountains, which was abandoned after a mysterious fire in the coal mines. If you are excited about watching this film but confused about how you can watch it, we’ve got you covered. Here’s where you can stream the film online.

What is The Devil Below About?

Four amateur explorers travel to the vast region of the Appalachian Mountains in search of a mysterious mining town and its coal mines. The town of Shookum Hills was erased from maps after a series of fires broke out in the coal mines. As the group investigates the abandoned mines, they start feeling a far more sinister and supernatural presence in the mines. When one of them is attacked and taken by mysterious creatures living in the mines, the group finally discovers certain secrets about the abandoned town. They come face to face with the creatures lurking in the mines and must find a way to survive or else, become a mystery just like the one they came seeking to uncover.

Is The Devil Below On Netflix?

The streaming giant doesn’t currently offer ‘The Devil Below’ as a part of its library. However, if you enjoy creature features with gory deaths, we recommend you checkout ‘Nobody Sleeps In The Woods Tonight,’ which follows a group of young technology addicts spending some time at a rehab camp in the woods. They are soon hunted by the evil creatures in the wood and must fight for survival.

Is The Devil Below On Amazon Prime?

Amazon Prime doesn’t currently offer ‘The Devil Below’ as a part of its subscription content, but should you still want to watch the film, you can buy or rent it on Amazon Prime. Additionally, you can stream ‘Book of Monsters’ on the platform, which is about a girl’s 18th-birthday party gone horribly wrong due to the attack on her house by fearsome creatures who slay anyone they set eyes upon.

Is The Devil Below On Hulu?

‘The Devil Below’ is not a part of the titles offered by Hulu at this time. As an alternative, you can stream ‘Crawlers,’ which follows a trio of high school kids who take it upon themselves to protect their city from a group of gnarly body-swapping aliens.

Where to Watch The Devil Below Online?

‘The Devil Below’ is available to buy or rent on popular VOD platforms such as Microsoft Store, Spectrum, iTunes, DirecTV, Google Play, and FandangoNow.

How to Stream The Devil Below For Free?

If you were hoping to stream ‘The Devil Below’ without having to spend a few bucks, you are out of luck. The film has been released only on VOD platforms which means you’ll either have to buy or rent it to watch.