Where to Stream The Kings? 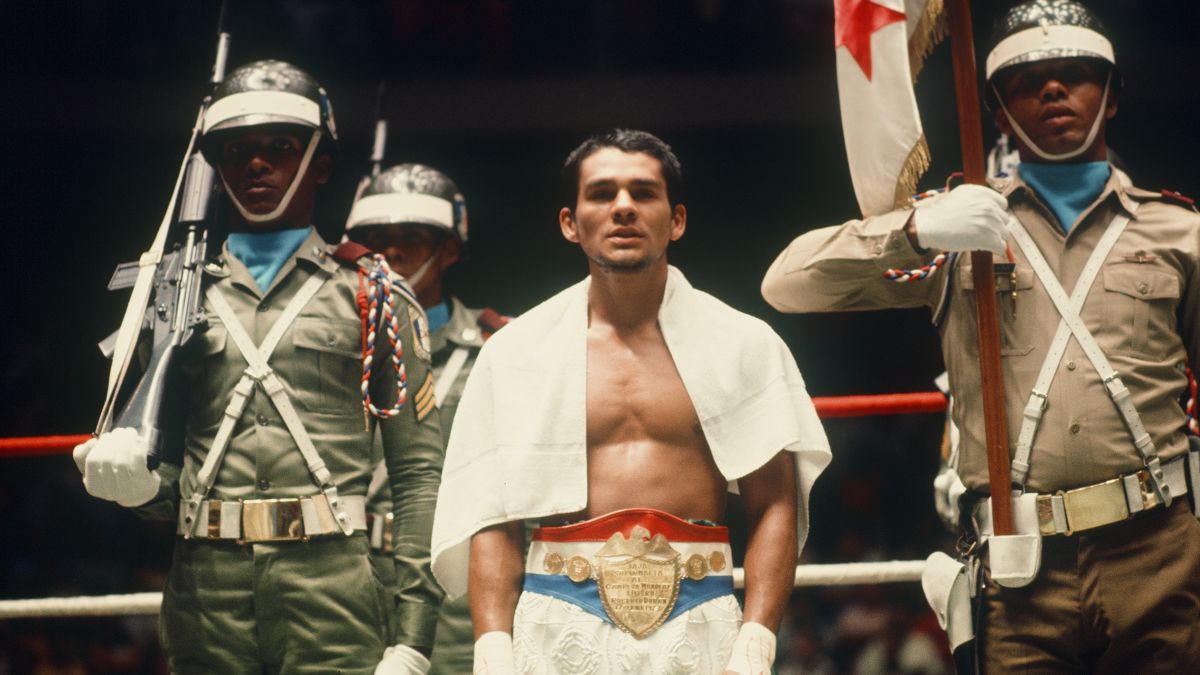 Directed by Mat Whitecross, ‘The Kings’ is a sports documentary series that familiarizes viewers with one of the most exciting eras of the boxing world. The end of Muhammad Ali‘s career left a deep void in the fight business; that’s when four talented and passionate young men stepped up and change the sport forever. Curious to learn more about the docuseries or where it can be streamed? You have come to the right place; here’s everything you need to know.

What is The Kings About?

The early 1980s marked the beginning of an uncertain era in the boxing world. One of the legends of the sports, Muhammed Ali, retired, and it was time for someones else to step up. Four young men – Marvelous Marvin Hagler, Roberto “Manos de Piedra” Durán, Sugar Ray Leonard, and Thomas “The Hitman” Hearns embrace the opportunity and begin climbing the ladder of success in the boxing world to be crowned as the new king. Their dream comes true, and the boxing world finds not one but “The Four Kings.”

The docu-series captures the rise of these boxing legends as they courageously deal with their enemies in and out of the ring. While America entered an optimistic era of the economic boom, the face of the fight game also started changing. With innumerable men trying to reach the top, what made “The Four Kings” so special? In order to find out, we recommend that you watch the docuseries. Here’s all the streaming information that you will need.

Is The Kings on Netflix?

‘The Kings’ is not accessible on Netflix as of now. However, we recommend our readers watch ‘Counterpunch‘ or ‘FightWorld.’

Is The Kings on Hulu?

Hulu subscribers will have to check other platforms since the sports documentary is not available as of now. People with a subscription can watch ‘Mike Tyson: The Knockout,’ which chronicles the rise, fall, and comeback of one of the greatest boxers of all time.

Is The Kings on Amazon Prime?

‘The Kings’ is expected to arrive on Amazon Prime as video-on-demand in the near future. In the meantime, Prime subscribers can alternatively watch ‘The Brain Of A Boxer,’ ‘Occupation: Fighter,’ and ‘The 5th King- Iran “The Blade” Barkley Story.’

Where to Watch The Kings Online?

You can stream ‘The Kings’ on Spectrum and DirecTV. The sports docuseries is also available on Showtime. Popular video-on-demand platforms such as FandangoNow, Vudu, Google Play, Microsoft Store, and iTunes are expected to add the series to their platforms in the near future.

How to Stream The Kings for Free?

Showtime offers a 30-day free trial, while DirecTV comes with a 7-day free trial for first-time subscribers. You can stream the sports docuseries on the platform, provided you do so in the trial period. However, we encourage our readers to always pay for the content they wish to consume online.