Where To Stream The Nest? 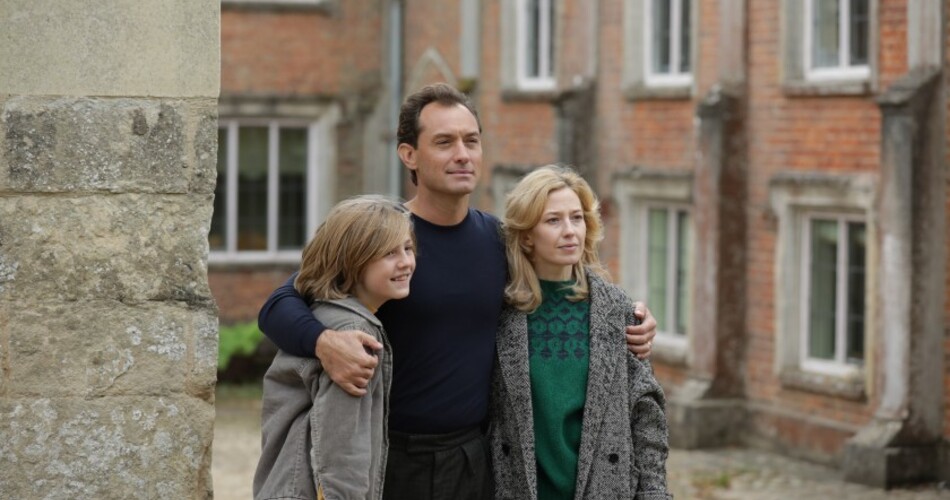 Sean Durkin’s ‘The Nest’ is a drama/ thriller film that follows the story of Rory and Allison, a married couple with a frayed relationship, as they make the trans-Atlantic move from upstate New York to an estate just outside of London. The movie ‘The Nest‘, starring Jude Law as the social-climbing Rory, is a slow-burning character study of its principal characters, mainly the married couple whose unraveling relationship is thrust under harsher light against the reality of their move. Curious to know more about the plot of ‘The Nest’ and where to stream it? Here is everything you need to know.

What is The Nest About?

Rory is an investment banker and his wife Allison raises horses (and teaches riding) in upstate New York. Their marriage is not as picture-perfect as it seems and there are cracks that have been long-present in their relationship but they have ignored their problems so far, burying the issues under routine. When they move their family to an estate on the outskirts of London, both Rory and Allison are forced to confront the reality of their less-than-ideal relationship. Things turn sour as Rory faces financial instability at work and Allison starts to see the man he truly is.

Is The Nest on Netflix?

‘The Nest’ is not streaming on Netflix currently but people who are looking for something similar to watch can view ‘Marriage Story‘ instead.

Is The Nest on Hulu?

‘The Nest’ is not available on Hulu as of now, but a great alternative watch for interested viewers is ‘Little Women‘ or ‘An Unfinished Life‘.

Is The Nest on Amazon Prime?

Yes, ‘The Nest’ is available to purchase or rent as video-on-demand on Amazon Prime.

Where To Watch The Nest Online?

Apart from Amazon Prime, ‘The Nest’ can be streamed on iTunes by buying or renting as video-on-demand.

How To Stream The Nest For Free?

As of right now, it is not possible to stream ‘The Nest’ for free as it is not available on any of the streaming platforms that offer a free trial, so the only way to watch it online, for now, is to stream as VOD on either Amazon Prime or iTunes. We request that our readers pay for the content they consume.