Where To Stream The War With Grandpa? 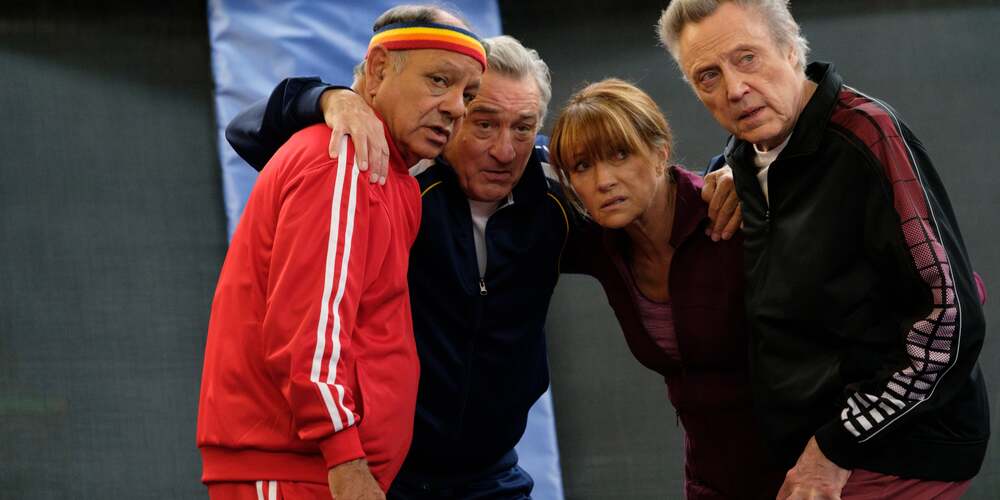 Robert De Niro’s latest in the long line of basic family comedies (not including 2019’s ‘Irishman’, of course), ‘The War With Grandpa’, has him getting juvenile with a bunch of elderly friends as he enlists their help in a turf war with his sixth-grader grandson whose bedroom he has taken over. Over the last decade, we’ve come to expect this kind of bland, senseless, watch-once-and-forget entertainment from De Niro (again, ‘The Irishman’ being such a refreshing anomaly), but to have to see the likes of Christopher Walken, Uma Thurman, Cheech Marin, and Jane Seymour sleepwalk through a movie that seriously underutilizes their talents is a blow to cinema-lovers everywhere.

It’s not to say that ‘The War With Grandpa’ is an outright unwatchable movie. There’s nothing wrong with the film, as long as you don’t expect it to be anything other than the shallow, average family comedy it is. It’s one of those films that you watch and immediately forget afterward because it makes absolutely no mark. Mostly, ‘The War With Grandpa’ will slightly entertain undiscerning audiences under the age of 13 and may elicit some laughs at all the jokes about bodily functions. Curious to know where you can stream this film online? Let’s find out.

What is The War With Grandpa About?

When technologically-challenged Ed (who is also grumpy and grieving for his recently departed wife) ends up stealing food from a store, his daughter (Thurman) decides to move him into her own house, putting him up in her son’s bedroom and relegating the 12-year-old to a shabby attic. Seriously, who puts their son in an attic without cleaning it out and making it livable first? Anyway, this causes Peter the six-grader a lot of grief and he wants grandpa to give his room back. Peter sends Ed a formal declaration of war if the room is not returned to the rightful owner in 24 hours. What ensues is war in the form of juvenile, increasingly basic pranks between grandpa and grandson.

Is The War With Grandpa on Netflix?

‘The War With Grandpa’ is not available to stream on the Netflix platform but a great alternative and a fun family watch would be the 1991 classic comedy ‘The Addams Family‘.

Is The War With Grandpa on Hulu?

No, ‘The War With Grandpa’ is not part of Hulu’s streaming content. Viewers looking for something similar to watch can try ‘Baby’s Day Out‘ which sees a cute little crawling baby unwittingly bring a lot of pain to his kidnappers. Another good alternative watch is ‘The Problem Child‘, about a couple adopting an out-of-control hellion.

Is The War With Grandpa on Amazon Prime?

‘The War With Grandpa’ is not available on Amazon Prime Videos but their VOD platform has a lot of other amazing movies that see kids pitted against adults. ‘Unaccompanied Minors‘ is one of them.

Where To Watch The War With Grandpa Online?

Unfortunately for all you homebodies, ‘The War With Grandpa’ is not available online anywhere. This film has not been released on VOD and is currently not streaming on any of the streaming services also. If you want to watch ‘The War With Grandpa’, the only way to do that is to put on some pants and go to your nearby movie theatre. You can get check showtimes and tickets here.

How To Stream The War With Grandpa For Free?

Sorry but this film is not yet available for streaming, free or otherwise. So far, there is no word on which of the popular streaming platforms might pick it up and add it to their roster of content. The only way to watch ‘The War With Grandpa’ right now is at a movie theatre.

Read More: Where To Stream Henchmen?