Where To Stream True Beauty? 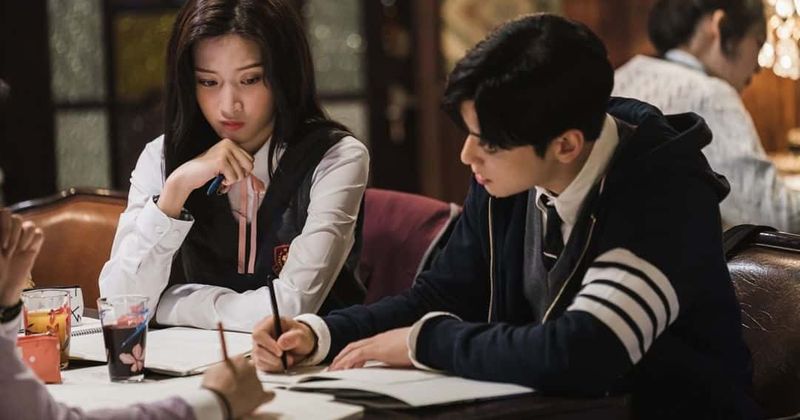 ‘True Beauty’ is a South Korean drama series that’s based on a popular webtoon of the same name. It follows the story of a high school girl who suffers from a deeply ingrained inferiority complex, having been called “ugly” by her peers and even discriminated against by her family her entire life. She learns to use make-up to cover up her so-called “ugliness”, but a handsome boy from school knows her bare face. They form an unlikely friendship that grows into something deeper as time passes by. This is a coming-of-age drama that centers on a sweet romance between an unlikely pair. Curious to know more about the K-drama and where you can stream it? Here is everything you need to know.

What is True Beauty About?

High school student Im Ju-kyung, who has a serious inferiority complex about her looks, has been constantly berated by her family and bullied by her peers due to her perceived unattractive appearance. She learns how to use makeup by gorging on tutorial videos online. By the time she transfers to her new school, she has completely gotten the hang of transforming herself using make-up. At the new school, she becomes one of the popular kids and her peers start calling her a “goddess.”

Despite the popularity and the appreciation that’s showered on her, Ju-kyung still considers herself ugly. She lives in constant fear that someone will see her real face and figure out her true identity. Her good-looking classmate Lee Su-ho, who has seen her bare face a couple of times before, recognizes her even beneath layers of makeup. Su-ho is harboring fears and secrets of his own. Ju-kyung and Su-ho soon find themselves drawn to each other and become closer as they share their secrets and pains.

Is True Beauty on Netflix?

‘True Beauty’ is not a part of Netflix’s huge repository of Korean dramas. But K-drama fans can check out these other dramas that are similar to ‘True Beauty’, and stream them whenever you crave some Korean entertainment – ‘Cheese in the Trap‘, ‘The Inheritors‘, and ‘Reply 1988‘.

Is True Beauty on Hulu?

‘True Beauty’ is not available to stream on Hulu. You can alternatively watch dramas like ‘Descendants of the Sun‘ and ‘Oh My Venus‘.

Is True Beauty on Amazon Prime?

‘True Beauty’ is not available to stream on Amazon Prime Video. Viewers interested in Korean drama shows can watch these titles instead – ‘Boys Over Flowers‘ and ‘I Am‘.

Where To Watch True Beauty Online?

How To Stream True Beauty For Free?

Rakuten Viki offers a 7-day free trial to first-time subscribers. If you want to watch the show for free, then we suggest waiting till all the episodes are out and then signing up for a free trial so that you may binge it all in 7 days. Generally, we recommend our readers to pay for the content they consume.