Where to Stream Whirlybird? 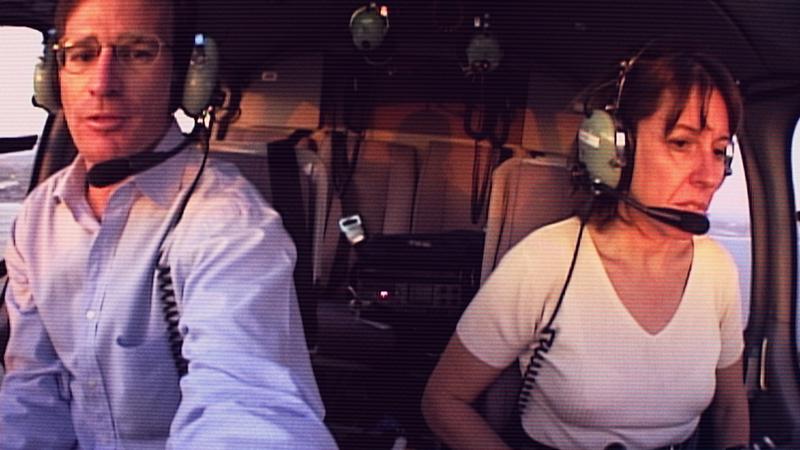 In an era when uninspiring and dull news presentation needed an overhaul, Hanna Zoey Tur (then Robert Albert Tur or Bob) and Marika Gerrard joined hands to provide viewers breathtaking visuals of America’s most dramatic events that included the O.J. Simpson pursuit and the L.A. riots by whirling around in news helicopters. Directed by Matt Yoka, the documentary film ‘Whirlybird’ offers viewers an overview of the life of these two daring reporters who redefined reporting. If stories of self-discovery and reflection resonate with you, then this film might just be the next thing you want to watch. In case you wish to learn more about it, we have got you covered.

What is Whirlybird About?

In the late 20th century, when television became a common commodity in middle-class households in Western countries, the media started experimenting to ensure that they bring the most exciting news to the viewers. Around the same time, two young and talented journalists named Bob Tur and Marika Gerrard started their careers as stringers and eventually fell in love with one another. In the following years, the couple started flying over the city of Angeles to capture the breaking news stories, and as years passed, the husband-and-wife journalist team immortalized themselves by capturing the most dramatic events in the history of the sprawling Southern Californian city.

Bob and Marika ended up redefining journalism, but the adrenaline-fuelled adventurous reporting ultimately took its toll, and the constant pursuit of the “next big thing” did not prove to be a good thing for long-term health. As time passed, the couples drifted apart, and following an internal struggle and gender confirmation surgery, Bob Tur accepted herself for who she was and became Zoey, ultimately coming out as transgender in 2013. The documentary captures the reporters’ journey and looks into their personal and professional struggle offering viewers the much-needed in-depth overview of their careers.

Is Whirlybird on Netflix?

Netflix’s current offerings include some excellent documentaries that delve into socio-political issues, science, and other subjects. But ‘Whirlybird’ is not accessible on the platform as of now, so subscribers will have to find some other alternatives. They can also watch films like ‘Seaspiracy,’ ‘The Great Hack,’ or ‘The Social Dilemma.’

Is Whirlybird on Hulu?

Hulu subscribers will have to check other platforms since ‘Whirlybird’ is not part of its otherwise impressive catalog of films. However, we recommend our readers alternatively stream other exciting documentaries such as ‘Notturno,’ ‘Collective,’ or ‘Passage to Mars.’

Is Whirlybird on Amazon Prime?

Yes, ‘Whirlybird’ is accessible on Amazon Prime as video-on-demand. You can head here to rent/purchase the movie.

Where to Watch Whirlybird Online?

‘Whirlybird’ is releasing theatrically in select theaters around the United States. People who wish to watch the documentary in theaters can head here to book their tickets. Popular Video-on-demand such as Vudu, Microsoft Store, Google Play, iTunes, and Redbox also have the film in their catalogs. You can also watch ‘Whirlybird’ on Spectrum and DirecTV.

How to Stream Whirlybird for Free?

Since the movie can only be watched in theaters or on platforms that offer it for rent/purchase, it is not possible to stream ‘Whirlybird’ for free as of now. However, we encourage our readers to always pay for the content they wish to consume online and avoid illegal means at all costs.