Where to Stream Wild Indian? 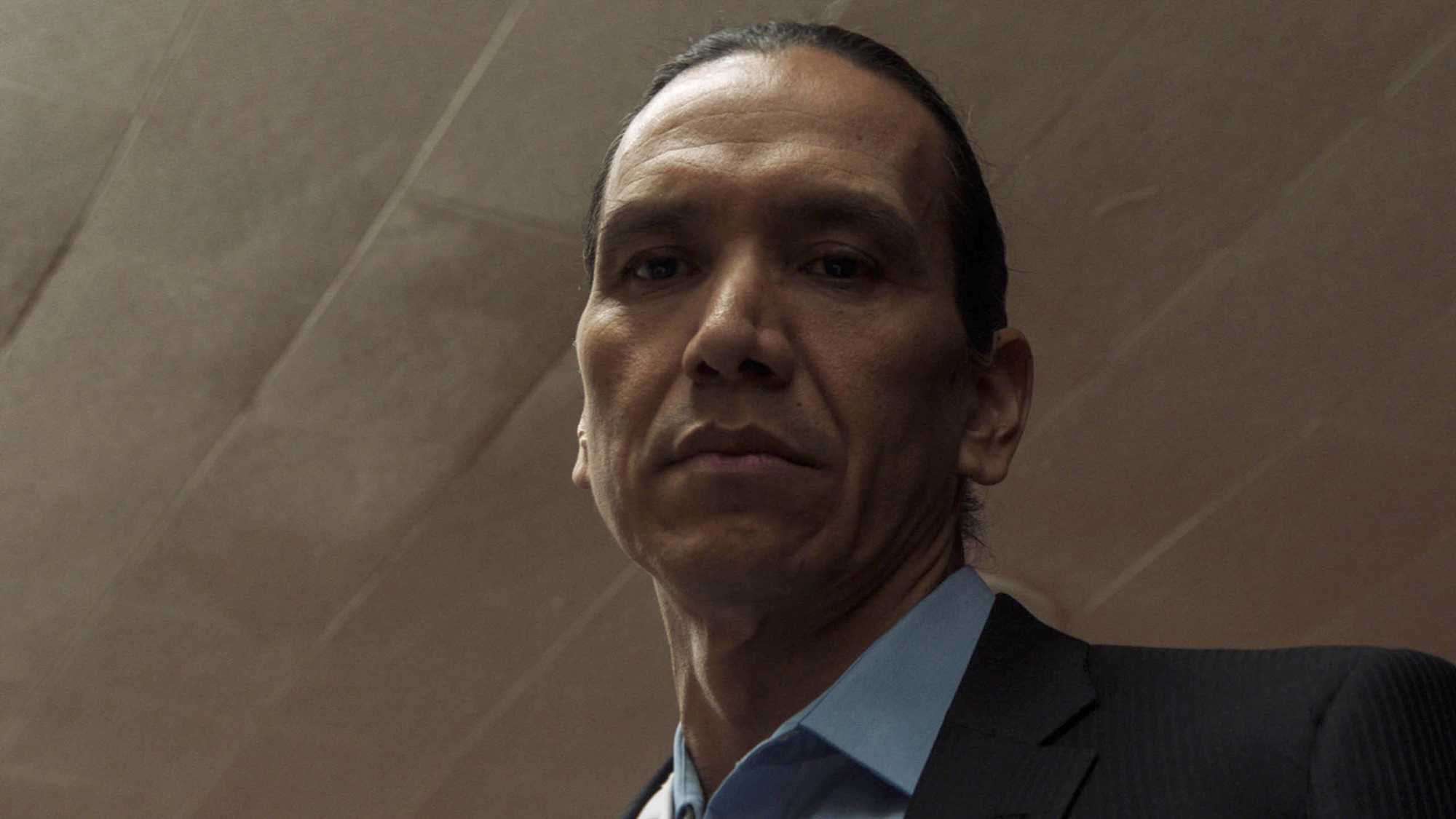 Directed, written, and co-produced by Lyle Mitchell Corbine, Jr., ‘Wild Indian’ is a thriller movie that centers upon two men with a shared past seeped into a deep darkness that inexplicably ends up shaping their lives in a completely different manner. When traumatic experiences hit them back decades after their school days, they are forced to confront each other and their violent past. The movie stars Michael Greyeyes as Makwa/Michael Peterson, Chaske Spencer as Teddo, Jesse Eisenberg as Jerry, and Kate Bosworth as Greta Peterson. Here’s everything else you need to know about it.

What is Wild Indian About?

Makwa and Teddo, two young boys who are very close to one another, have suffered enough in their short lives. The daily abuse in school has opened a deep void in their hearts, and the duo no longer feels anything but consuming unhappiness that pushes them on the wrong path. The two friends end up committing an atrocious crime that goes on to impact their lives in unthinkable ways. Luckily, Makwa uses the horrible experiences and choices of the past to become a successful man with a family.

But his life takes an unprecedented turn when an old acquaintance tries to return to his life as a ghost of the past and tries to snatch everything that gives his life meaning. Makwa has no option but to fight back. The dramatic story of vengeance and redemption can intrigue anyone, and if you plan on watching the movie, here’s everything you need to know.

Is Wild Indian on Netflix?

Netflix’s massive catalog of movies and television shows does not include ‘Wild Indian.’ People who have a subscription to the streaming giant can therefore watch ‘Fractured‘ or ‘Things Heard & Seen.’

Is Wild Indian on Hulu?

Hulu subscribers will have to find the film on some other platform as it is not part of its current catalog. However, we recommend our readers alternatively stream other thriller movies like ‘Every Breath You Take‘ or ‘The Virtuoso.’

Is Wild Indian on Amazon Prime?

Amazon Prime does not have ‘Wild Indian’ in its catalog. However, it is expected that the platform will include the film for rent/purchase shortly, so we recommend you check the official website regularly.

Where to Watch Wild Indian Online?

‘Wild Indian’ is releasing in select theaters in the United States. If you plan on watching the film in cinema halls, then you can book your tickets here. The thriller movie is available for rent/purchase on Video-on-demand platforms such as Vudu, Microsoft Store, and iTunes. DirecTV and Spectrum also have the Lyle Mitchell Corbine, Jr. directorial in their catalog. We expect that Redbox and Google Play will soon include it in its current offerings for rent/purchase.

How to Stream Wild Indian for Free?

Since the thriller film is only releasing theatrically and on Video-on-demand platforms, it is currently not possible to stream the movie for free. So, cord-cutters will have to wait for its accessibility on a streaming service that offers a trial. However, we encourage our readers to refrain from all illegal means and watch their favorite movies and shows online only after paying for them.