Where to Stream Wolfwalkers? 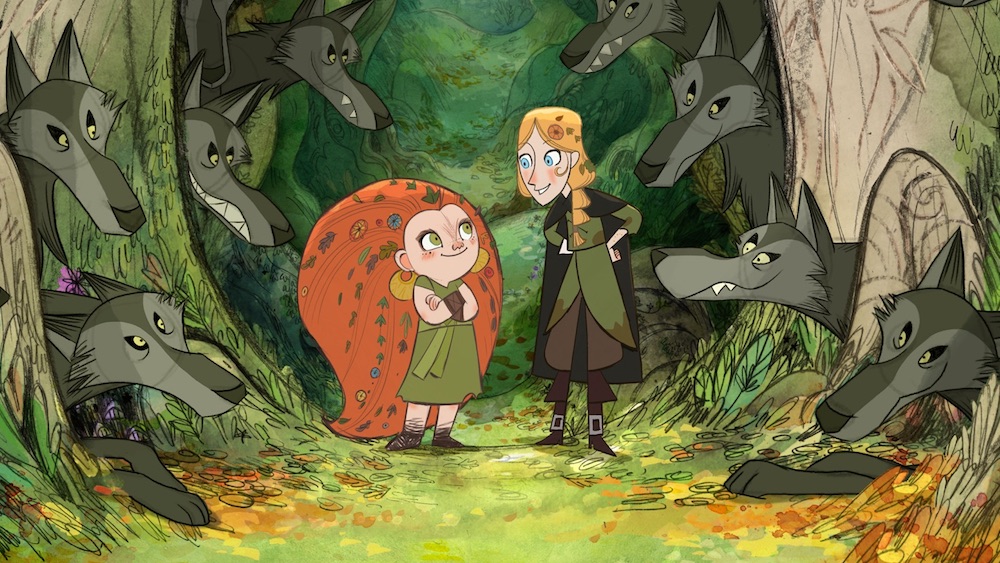 Bringing in a combination of spectacular artistry and a family-friendly story, ‘Wolfwalkers’ is an animated movie, set in a land of magic and mystery. The fantasy drama revolves around a young girl, who embarks on an eventful quest to locate her missing mother. Co-directed by Tomm Moore and Ross Stewart, ‘Wolfwalkers’ premiered on December 11, 2020. That being said, let us now explore the streaming options for this remarkable movie.

What is Wolfwalkers About?

The film introduces us to Robyn Goodfellow (voiced by Honor Kneafsy), a young girl, serving as a hunting apprentice in a world of magic and spirits. She accompanies her father on a trek to Ireland to put an end to the last wolfpack. When she reaches the country, she develops a bond with a human and wolf hybrid, named Mebh MacTíre (voiced by Eva Whittaker). Mebh coerces Robyn into helping the former in the search for her lost mother. The duo goes deep into the mysterious forest and in their journey, they explore mystic woodlands and the kingdom of the Wolfwalkers. While her dad wants to kill the tribe, Robyn grows closer to them and is eventually convinced to change her decision.

Is Wolfwalkers on Netflix?

No, ‘Wolfwalkers’ is not on Netflix. But if you want to check out some equally interesting animated movies, then the streamer should be one of your go-to destinations. Netflix houses a wide collection of animated films that can be watched here.

Is Wolfwalkers on Amazon Prime Video?

No, ‘Wolfwalkers’ is not on Amazon Prime Video either. However, if you are on the lookout for a similar flick, you can watch ‘Shrek’. You can stream this movie here.

Is Wolfwalkers on Hulu?

Unfortunately, no. But Hulu has a remarkable collection of animated shows and films. The entire collection is available here.

Where to Stream Wolfwalkers Online?

Since ‘Wolfwalkers’ was released exclusively on Apple TV+, your best option is to catch the movie there. You will require an Apple TV+ subscription to watch it. Apart from this, the film was previously released in theaters in the US on November 13, 2020. You can check out this site to know if the film is still running in a cinema near you.

Where to Stream Wolfwalkers Online For Free?

‘Wolfwalkers’ is currently unavailable on any streaming service, other than Apple TV Plus. So, unfortunately, you can’t watch the movie anywhere for free.

Read More: Where to Stream Let Them All Talk?