Where To Stream Yuru Camp Season 2? 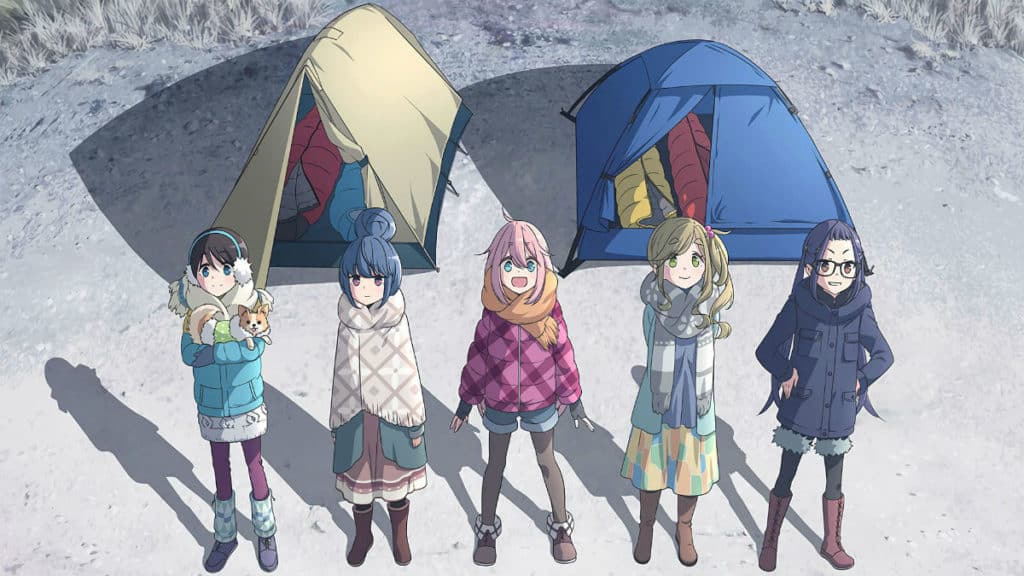 A fun-loving group of friends travels all over Japan to visit different campsites in the hit anime series called ‘Yuru Camp’ or ‘Laid-Back Camp.’ It’s a “slice-of-life” drama series that has enchanted viewers with its simplicity ever since its inception in 2018. Following the notable success of ‘Yuru Camp’ season 1, a second season plus two spin-offs were also announced. Curious to know more about the plot of ‘Yuru Camp’ and where you can stream season 2? Here is everything that you need to know.

What is Yuru Camp About?

Nadeshiko, a high school student who just moved to Yamanashi, wants to see the iconic Mount Fuji. When she runs into serious trouble on the way there, Nadeshiko is saved by Rin, a girl who is out camping by herself. This first encounter between outdoorsy girls Nadeshiko and Rin begins the story of their camping adventures. The girls and their various friends go around visiting campsites all across Japan. Their campy shenanigans are fun, endearing, and highly entertaining.

Is Yuru Camp Season 2 on Netflix?

‘Yuru Camp’ is not available to stream on Netflix. However, the streaming giant is home to many other great slice-of-life anime series that you can alternatively watch, such as ‘Teasing Master Takagi-San,’ ‘The Flower We Saw That Day,’ ‘K-On,’ and ‘Violet Evergarden.’

Is Yuru Camp Season 2 on Hulu?

‘Yuru Camp’ is not streaming on Hulu presently, but fans of the genre can check out alternative options such as ‘After School Dice Club‘ and ‘Stars Align.’

‘Yuru Camp’ is not available on Amazon Prime, but interested viewers can watch ‘Hitorijime My Hero‘ as an alternate option.

‘Yuru Camp’ or ‘Laid-Back Camp’ is a Crunchyroll Original and, therefore, exclusively available to stream on Crunchyroll only. You can watch season 2 (plus previous episodes of season 1) on Crunchyroll with the original audio and English subtitles.

How To Stream Yuru Camp Season 2 For Free?

Crunchyroll offers a 14-day free trial to first-time subscribers. So if you have never had a Crunchyroll account, you can sign up for a free trial and watch ‘Yuru Camp’ at no additional cost. Although, if you’re a fan of anime, you might want to consider paying for the subscription on a regular basis because Crunchyroll is home to some amazing anime content. Also, we do encourage our readers to pay for the content they consume.