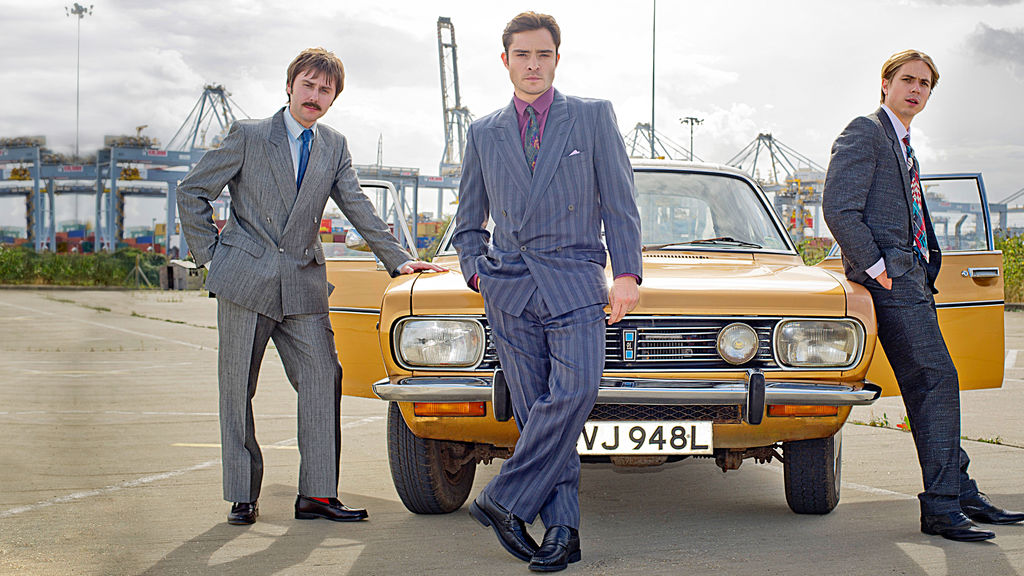 ‘White Gold’ is a British television show that airs on BBC Two. The series first premiered on May 28, 2017. Created by Damon Beesley, the series is centered around a group of UPVC window salesmen, who work out of Corringham, Essex, in the mid-1980s.

A clever and comic plot, with hints of irony and at times bitter humor, whilst keeping some with some scenes being humorous in a rather vulgar way. The plot is quite memorable, and some scenes certainly have a deeper meaning to them, and certain moments in the show leaves one thinking about the ending for some time afterward. You will certainly want to binge watch all the episodes at once, which is now possible because Netflix has picked up the show to be aired internationally. The streaming giant first aired the series on August 11, 2017.

While the series did gather a steady fan base, especially after it was aired internationally, some critics have been a little hesitant with the praise. Although they were quick to jump the gun and appreciate the nostalgia of the 80s, and some of the moments of humor, they said, “Nice to look at but slightly hollow, ‘White Gold’ isn’t quite shoddy merchandise”.

White Gold Cast: Who is in it?

The main cast in this show, ‘White Gold’ is absolutely great. Ed Westwick, James Buckley, and Joe Thomas are an incredibly funny trio that you will for sure grow fond of over the episodes. If you’ve ever worked or been in contact with sales, you’ll definitely relate to the characters and the situations that they find themselves in. Ed Westwick of ‘Gossip Girl‘ fame plays the fast-talking Vincent, the head salesman, who narrates directly to the camera to keep us in tune with what’s going on in his world. James Buckley and Joe Thomas team up again, after having worked on ‘Inbetweeners’, and fill the screen with remarkable chemistry while they spar off each other effortlessly. They are both junior salesmen. Nigel Lindsay appears as Tony Walsh, the owner of Cachet Windows, where the others work. Linzey Cocker appears as Sam Swan and delivers a truly outstanding performance as Vincent’s wife. There are several other characters who are thrown into the mix and they keep things interesting over the course of the seasons.

Hopefully, in the upcoming season, we will see most of the main characters return, and hopefully, they will be joined by new cast members who will make the entire comedy even more entertaining for the people involved and the viewers.

Notably, there was a slight snafu in the progress of the show, when prominent cast member Westwick was accused of sexual misconduct. The showrunner addressed this delay, saying, “Obviously it was a tough year for everyone, but we knew that the right thing to do was to go by the book and let the investigation play out. We’re satisfied with how the investigation concluded, hence the decision to resume filming and Ed is fantastic in the show.”

White Gold Plot: What is it about?

The main plot of ‘White Gold’ is a story of a double-glazing showroom in Essex in 1983, led by charismatic salesman Vincent who is smart, handsome and cocksure, He will happily break the rules if it guarantees a sale.

As you watch it you start to notice the cars, clothes, music, and haircuts of the ’80s, which is bound to make you nostalgic. The makers of the show have nailed that period in time superbly, and the script by ‘Inbetweeners’ creator Damon Beesley is equally good. Anyone who lived through that period would have come across the lead character Vincent Swan played by the impressive Ed Westwick. In the case of ‘White Gold’, we have double glazing salesman all pushing for that big end of month bonus. But it could just as easily been Estate Agents Car Salesmen since the 80s were all about excess and earning as much money as you could and that’s really the premise of the show in a nutshell. The competition here is brought out well, as Vincent’s commission is through the roof, which always irritates the two junior salesmen. However, Vince does not much care about it, and he manipulates them as effortlessly as he manages to smooth talk to customers.

In the upcoming season, the series could head to some of the more pertinent themes of the 80s. Beesley has some ideas that he would like to tackle, and they include selling dreams to people, that is, the art of the sale itself. He said, “One of the things we start to tackle in this series is the notion of time shares and their growing popularity. I’m fascinated by the idea of being sold a dream to live on a luxury resort like a rich person for two weeks of the year – plus the selling practices were so bad. It was all about making money and not caring who you ripped off in the process.”

White Gold Season 3 Release Date: When will it premiere?

‘White Gold’ Season 2 premiered on BBC Two on March 6, 2019. Netflix made the latest season of the series available internationally on May 17, 2019. While the BBC has not yet greenlit another season of the show, there is no reason to believe that it will not take place. For one, the showrunner already has several ideas about how he would like to move forward with the series, and more importantly, if the ratings and viewership of the series remain strong, then there is no reason for the network to cancel it. In all likelihood, ‘White Gold’ season 3 could release sometime around March 2020. We will update this as soon as we know more.