Who is Banana on ‘The Masked Singer’? Clues and Guesses 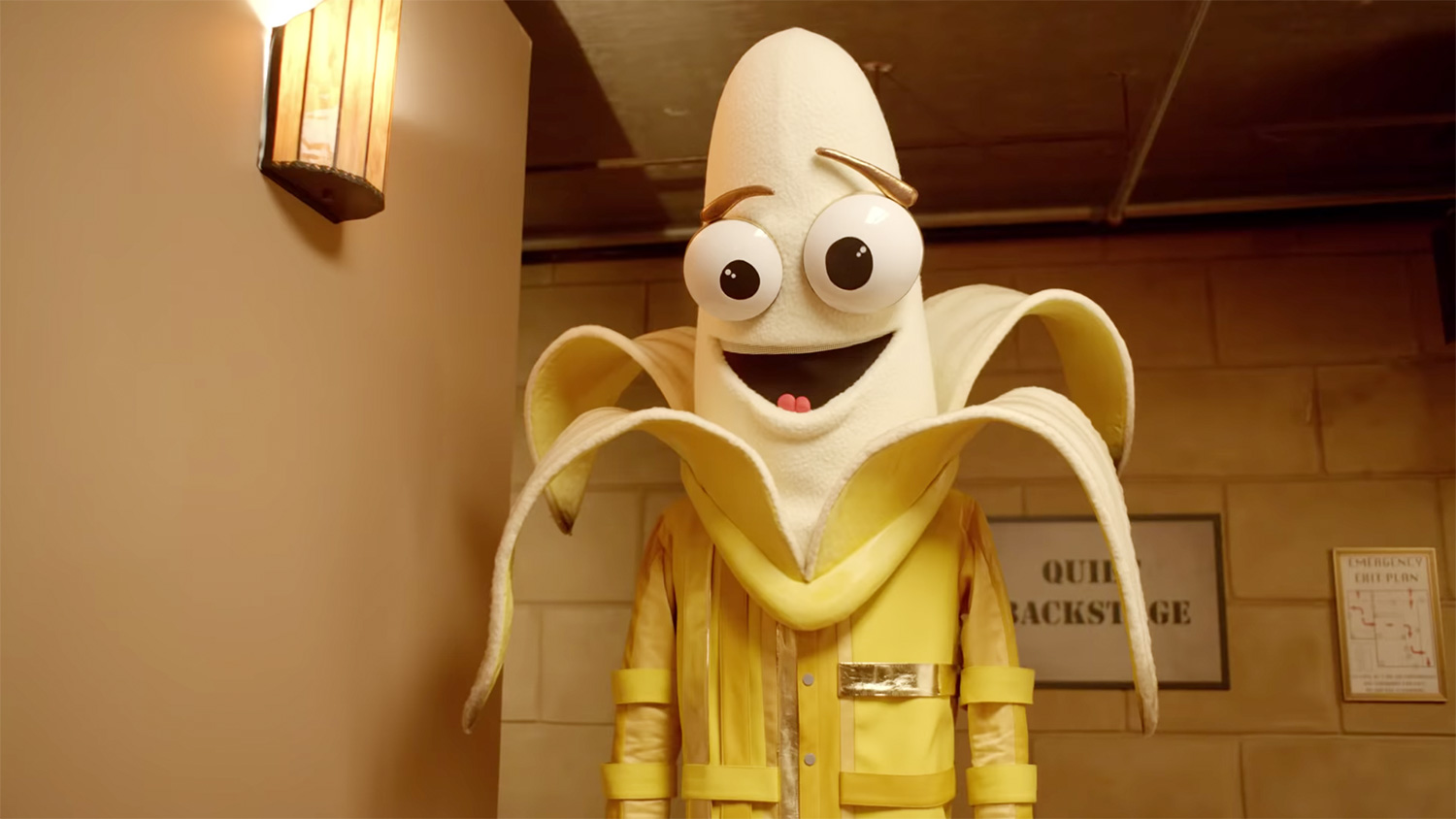 ‘The Masked Singer‘ is currently on Season 3, and the show is following a new format. The 18 participants have been divided into three groups of six. Through an elimination process, three participants from each group make it past the initial rounds to compete for the position of the winner. We already know that White Tiger, Turtle, and Kangaroo have been selected from Group A.

Now, that Group B is up, you might want to know the clues and guesses surrounding the participants. We have got you covered in that regard, as we tell you everything there is to know about Banana.

Naturally, since Banana has not taken the stage yet, we have not been familiarized with the introductory clue package that is supposed to help us zero in on the identity. However, we do know some things from the promo. The character has been described as ‘appealing’. Now while this is the kind of pun (a-peeling) the show likes to indulge in, many fans believe it might be a clue about Banana’s identity.

This might tie in with the clue that Banana is seen standing on the red carpet, meaning the participant could be a celebrity who attends award shows. In a clip, we also see host Nick Cannon delivering the Banana costume to an individual with a ‘Quiet Backstage’ sign in the background. Thus, there has been some postulating that the performer might have Broadway ties.

The video of Banana that was released, states, “Who am I? You’ll go bananas when you find out. Slip into my DMs, you’ll love me a bunch!”. You can check out the video below.

Considering the fact the Banana has featured in some promos, there are theories going around about the performer’s identity. Notably, in the absence of the first clue package, and an idea of Banana’s voice, these are broad guesses at best. Some theories suggest that Banana might be Gwen Stefani, since she is on a break from ‘The Voice‘, and refers to ‘bananas’ in ‘Hollaback Girl’, her hit song. You can check out a fan’s tweet, predicting the identity, below.

One fan has a well thought out theory that the performer might be Howie Mandel. This is because, when Nick goes to deliver the costume, the fan spots a gold star, taking it to be a reference to ‘America’s Got Talent‘. The fan has also backed this up saying that the video of the doors that can be seen in ‘America’s Got Talent’, is the same as the ones that were shown in the promo. However, there are several other guesses, ranging from Jason Bateman to YouTuber David Dobrik. Fans believe that in the case of Bateman, the banana stand from ‘Arrested Development‘ could have inspired the costume.

Barry Williams of ‘Brady Bunch’ has also been hazarded as a guess, while Banana could also be Drew Lynch, since a video of him trying to say ‘banana’ became viral. Some equally good guesses have been Jimmy Fallon or Jeff Dunham, as you can check out from the tweet below.

And the banana is Jimmy Fallon or Jeff dunham

One fan has even postulated that Banana could be Weird Al Yankovic, who is known for picking out eccentric costumes. You can check out the tweet below, exuding the fan’s confidence.

That being said, all jabs at the identity of the person behind the mask are mere guesses now. We have to wait for Banana to take the stage and perform, to get closer to deducing the performer’s identity. One thing is certain, with the kind of promotion that Banana has received, it is clear that the producers of the show expect the performer to be staying for a while.