Who is Frog on ‘The Masked Singer’? Clues and Guesses 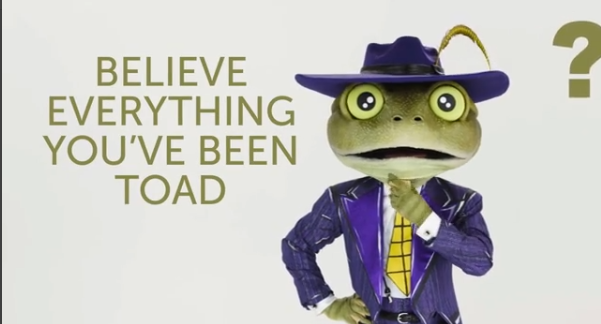 ‘The Masked Singer‘ Season 3 has now moved on to the participants of Group B, and we are eager to see what this host of talented performers have in store. However, as is the nature of the show, it has us equally excited to find out the identities of the people behind the mask.

One such performer is Frog, whose outfit has sparked our interest. Besides, the show has given us some hints about the Frog beforehand. Naturally, you might be wondering about the clues and guesses surrounding Frog’s identity, at the moment. We have got you covered in that regard.

At this moment, we have two sets of clues about Frog. When Nick Cannon, the host, goes to give the costume to Frog, we understand that it is a celebrity who has a platinum record on their wall. Besides, at that time, they can be seen running on a treadmill. Obviously, this indicates a person with a successful music career, who is also invested in personal fitness.

The Frog’s costume also indicates that this celebrity means business. Sure, the suit with the yellow tie is a little loud, but the accessories like the matching hat and wingtip shoes put the message across that Frog is not taking any of this casually. The message from Frog reads “I won’t be frogotten”, and “Believe Everything You’ve Been Toad. I’m Ribbiting to Watch”. While the first sentence is a hint, the other parts of the message are obviously puns, to make you look forward to Frog’s performance. You can check out the post below.

Based on these clues, fans have made some guesses. One popular guess is Jim Carrey. The actor has sung before in ‘Eternal Sunshine of the Spotless Mind‘, and is humorous enough to get a kick out of appearing on ‘The Masked Singer’. However, fans have gravitated more towards this option, because Carrey has a similar suit in ‘The Mask‘. That being said, it is unclear how the platinum record ties in with the famous actor. Check out the tweet suggesting that Frog is Carrey.

Another wild guess is that Johnny Depp is the behind the Frog outfit. Firstly, we believe this is quite a stretch, to have an A-lister like Depp on ‘The Masked Singer’. However, Depp has been in musicals like ‘Sweeney Todd’. Moreover, his character in ‘Rango’ looks like the Frog, although it was a chameleon. A Reddit user has backed up the Depp theory, saying that the ‘Sweeney Todd’ musical has the lines “who never forgets and never forgives”. Naturally, this is tied to the ‘frogotten’ clue. You can check out the entire thread of reasoning here.

That being said, it appears that Frog’s identity has welcomed a variety of wild guesses. One fan thinks it might be Pink, who is referring to the ‘!’ being dropped from her name when she says she won’t be ‘frogotten’. Other guesses include Seth McFarlane, Arsenio Hall, Corey Feldman, and even Steph Curry. You can check out some of the tweets below.

The #frog from #maskedsinger is Steph Curry pic.twitter.com/49PEJkLadc

The frog is Seth mcflarane

One fan has gone so far as to surely state that Frog is definitely Shane Dawson. According to the fan, Dawson has already spilled the beans in one of Ryland’s YouTube videos. You can check out the tweet below, but this fan’s guess seems to remain unverified by other equally enthusiastic netizens.

Soooo why is nobody talking about the fact that @shanedawson is gonna be the frog on @MaskedSingerFOX and he totally spilled the tea in Rylands last YouTube video. Lmao. the episode airs Wednesday by the way.

Despite some clues being out there, Frog definitely remains one of the tougher participants, when it comes to guessing their identity. However, we believe things will become much clearer once Frog takes the stage, giving us not just a clue package, but the opportunity to hear their voice.

Read More: Who is Elephant on The Masked Singer?