Who is Kitty in ‘The Masked Singer’? New Clues and Guesses 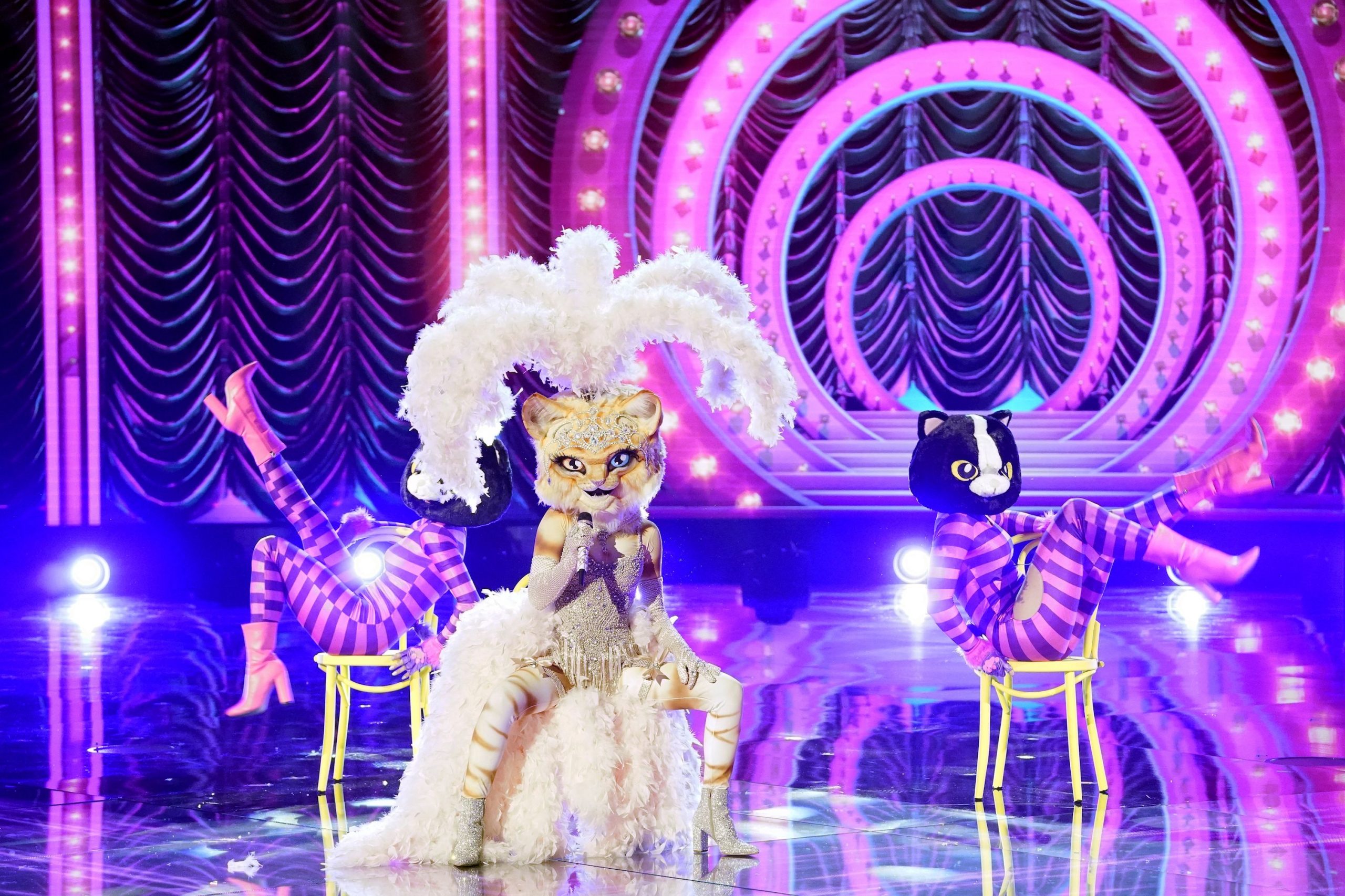 Kitty has one of the most intricate outfits in Season 3 of ‘The Masked Singer‘. With a feathered boa, Kitty carries herself with grace, which is only more evident in each of her performances. Her differently colored eyes have also left viewers guessing.

From the moment we heard Kitty sing, there was little doubt that she’d be moving on to the ‘Super Nine’. Now, before she takes the stage again, you might be curious to know who’s behind the Kitty outfit. After all, several high profile names have been linked to Kitty, including Mila Kunis.

Curious to find out the latest clues and guesses about Kitty? We have the answers right here. However, we urge you to check out the first and second packages, to see if any new clue becomes evident to you.

Kitty’s friend gives us the clues in Episode 6. She’s shielded by extremely long hair, almost like Rapunzel. We learn that Kitty grew up with this friend, writing poems, and even directing horror movies. Kitty has a bit of a naughty side because she once told a classmate that she could see ghosts.

Kitty thoroughly managed to scare the classmate so badly, that she received detention. She seems to have a flair for the dramatic. The friend ends the clue package, saying, “She may have the voice of an angel, but it’s her dark side that will slay the competition.”

She performs “Mamma’s Broken Heart” by Miranda Lambert. After the performance, she gives Thicke a bracelet saying “the first time we met was lit.” You can check out Kitty’s clue package below.

Notably, Kitty is one of the performers who has kept us guessing. Fans have pointed fingers at Emma Watson and Maisie Williams. Panelist Ken Jeong has had a better guess. He’s gone with Sarah Hyland, which gained some traction as well.

Fans were quick to pick up on the clues, which include words like ‘modern’ and ‘family’, that were heard in the second clue package. It ties in with the fact that Hyland is part of the cast of ‘Modern Family‘. Moreover, a shattering rose is also seen in the clue package, which has sent fans scrambling.

However, a little sleuthing has turned up that Hyland’s fiance is Adam Wells, who is part of ‘The Bachelor‘ franchise, where roses play a significant role. Hyland’s height is also the same as Kitty’s and fans have pointed out that she’d been absent from quite a few episodes. This has led them to believe that Hyland had to face scheduling conflicts while ‘The Masked Singer’ was filming.

You can check out a fan’s tweet below, asserting that Kitty is Hyland.

Sarah Hyland is the kitty on the Masked Singer. I was 99% sure last week but when she said "Modern" tonight on the clue package that clinched it…I have to say it, she has a lovely voice.😻🐈😽

However, since then, another theory has been doing the rounds, and it feels to be even more solid. Fans have pointed out that Kitty might be Jackie Evancho, the former ‘America’s Got Talent‘ child prodigy. After all, Jackie has transitioned from a child star to a grown-up performer. Kitty likely refers to this in her clue package.

More importantly, the pirates in her first clue package might refer to the Pittsburgh Pirates baseball team. Evancho is a Pittsburgh native, obviously. The red cape we see could refer to Evancho’s role as Red Riding Hood in the fourth grade. The Pittsburgh Tribune-Review reported about Evancho’s dramatic flair back in 2010.

Finally, the clincher would have to be the clue meant for Thicke. Their meeting being ‘lit’ could refer to the time Evancho and Thicke performed for the Grove Christmas tree lighting, and fireworks show, at Los Angeles, in 2011. A fan has also painstakingly juxtaposed Kitty’s performances with Evancho’s songs, pointing out the similarities in the voices. Check it out below.

Our Kitty is a tiny that fit perfectly to the uber talented multiplatinum Jackie Evancho. Her fans are 100% and have the evidence to prove it. Pigeon toed, Center Heterochromatic. The Classical star is using MS as launch into pop and driving the judges nuts in the process. pic.twitter.com/QROLyAfNhx

There is a good chance that Evancho is indeed Kitty, but we will only be sure once she’s unmasked, which we hope doesn’t happen anytime soon.