Who is Mouse on ‘The Masked Singer’? New Clues and Guesses 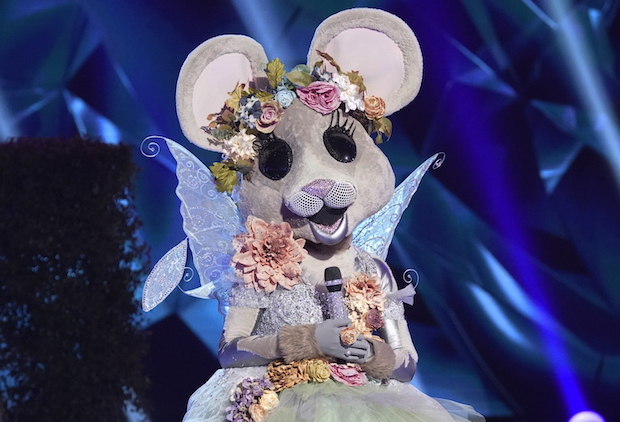 Season 3 of ‘The Masked Singer‘ has gotten bigger and better than ever. This is evident from the talent that the groups are showcasing. Currently, we can witness Group B performing their hearts out. Among the participants, someone who has stood out is Mouse.

With a regally feminine outfit, Mouse had tongues wagging even before taking the stage. Now that we have some clues about Mouse’s identity, and have had a chance to hear her rendition of Oleta Adams’ “Get Here”, we have a pretty good guess about who might be behind the mask.

Eager to find out who it is? Read on, and you can also check out the clue package below, to see if you can decode Mouse’s identity.

Mouse’s clue package is also visually rich, weaving a tale of its own. Mouse tells us that she has been a leader in her field, and loves having a walk-on role to play. We also get to know that she is not willing to accept anything less than ‘gold’.

Among the visual clues that become evident is ‘Bang Bang Formation’, as well as Warriors 1979. Mouse also claims to be a chatterbox, saying that she is having trouble not speaking due to the costume. She warns people not to let her size fool them and asserts how she ‘wrote the playbook’.

Based on these clues, not to mention, the voice during the performance, almost everyone seems to agree that Mouse is Dionne Warwick. She sounds exactly like Dionne and moves and talks like an older person would. Notably, panelist Robin Thicke seems to agree with us, and Robin does have a tendency to guess correctly, based on hearing someone’s voice.

Moreover, the clues add up about Warwick too. She has a song called Mr. Kiss Kiss Bang Bang. Moreover, 1979 could refer to two things. Firstly, Warwick is 79 years old, so it could be that. Also, Warwick had an album titled “Dionne”, which released in 1979. When all of this is put together, it seems more than likely that Warwick is behind the mask.

Some speculations suggest that Warwick might call her fans warriors, but that remains unverified. However, you can check out the tweet below, where a fan has analyzed the clues to arrive at a similar conclusion.

Another likely person who might be wearing the Mouse mask is Paula Abdul. She has her assistants call her ‘Warrior’ and she got her Hollywood start as a Lakers cheerleader in the year 1979. However, between the two, we are inclined to go with Dionne as the more likely guess. Nonetheless, you can check out a tweet, where a fan believes Mouse might be Abdul.

@MaskedSingerFOX The mouse has to be Paula Abdul

Lastly, Paris Hilton still remains a good guess, though it is seeming more unlikely as the episodes progress. While the clue package has nothing hinting at Hilton directly, the initial teaser was too heavily pointed at Paris to ignore. From the Beverly Hills address to house number 3340, everything seemed to point at Paris. The person receiving the Mouse outfit even had a tutu-wearing chihuahua and herself dressed in Uggs and sweats.

Naturally, one can understand why fans are not willing to be swayed so quickly from the Paris Hilton theory. However, it would be important to note that Mouse sounds nothing like Hilton. At this moment, Mouse most definitely seems to be Dionne Warwick, and is likely to be one of the open and shut cases on ‘The Masked Singer’.

However, we will be able to confirm this even further, when the upcoming episode airs, along with new clues about Mouse’s identity. So, stay tuned for all the latest updates about ‘The Masked Singer’ Season 3.