Who is The Circle’s Daniel Cusimano? Who is He Dating? What’s His Profession? 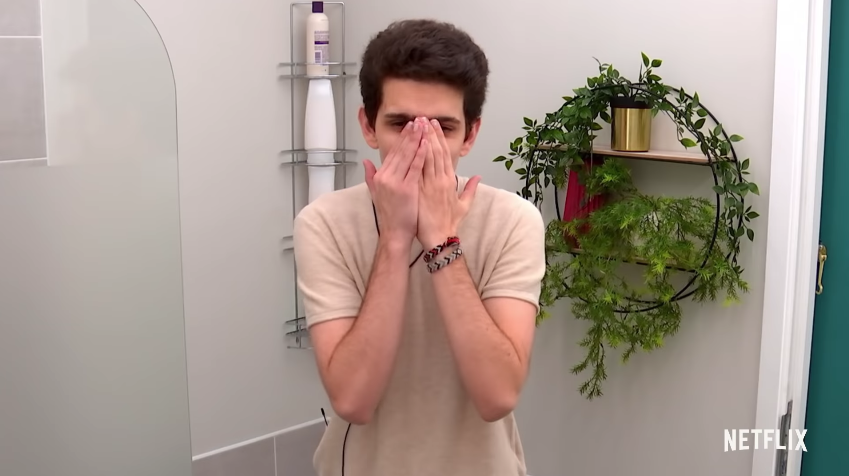 ‘The Circle‘ or ‘The Circle US’ is a reality show that combines strategy and status as a group of strangers interact with each other exclusively through a specially designed titular social media app while living in isolation in the same building. The aim is to attain popularity and avoid being “blocked” to walk away with the $100,000 grand prize, all of which usually leads to the cast flirting and catfishing their way to the top. Hence, now that Season 3 of this compelling series has also premiered, let’s learn everything there is to know about contestant Daniel Cusimano, shall we?

Daniel Cusimano was born on August 31, 2000, to Roger and Vicci Hahn as their second and youngest child, following Michael Cusimano. From what we can tell, they’ve always been Florida natives, with Roger serving as the owner and vice president of an independent electronic element distributor business in Palm Harbor since 1998. Vicci, on the other hand, works as the president of the same. As for Michael, he is not only a proud University of South Florida alum, but he’s also pursuing MBA from Southern New Hampshire University right now. He’s engaged to Elysa Rutherford.

As Daniel stated in his introduction on ‘The Circle,’ “I love my family. I love screaming at them. They love screaming at me,” which only suggests that their Italian roots have a lot of hold in how they behave in their day to day lives. Despite the ups and downs, the support and mutual affection they have for one another always prevails. His motto is to “Be that b—h,” and his parents seem to back him up.

What Does Daniel Cusimano do in Real Life?

Daniel Cusimano is a Florida-based musical theater star who serves as an in-character performer at Walt Disney World at the moment. According to reports, he landed a spot at the distinguished resort in early 2020 and has since primarily been cosplaying Sir Elton John. This position in itself says a lot about his sheer talent, to be honest. Nonetheless, to back it up, we should mention that Daniel earned Best Outstanding Actor (Play) from Broadway Star of the Future back in 2019.

Apart from this, it appears as if the 21-year-old also works part-time as a cashier and service employee at a local store to keep himself financially independent. Moreover, with his debut on the Netflix series, it seems like Daniel is also ready to enter the world of social media entertainment as an influencer. He may seem nerdy and docile at first, but he’s strong and ambitious, making it evident that he won’t let anyone stand in the way of him and his dreams.

Is Daniel Cusimano Dating Anyone?

Nope, Daniel Cusimano is still single. As he confessed on ‘The Circle,’ not only is he a virgin, but he has also never had his first kiss, which his social media profiles indicate hasn’t changed. It is possible that he merely prefers to keep his love life away from the spotlight. But considering how the world is only just opening up with the ongoing covid-19 pandemic, we assume that the opportunities haven’t started raining down on him yet.

When the time comes, though, and Daniel finds himself in a happy and healthy relationship, we hope that he will share it with the rest of the world. Until then, his amazing friendships and work are what we’ll get from his online presence.

Read More: Who is Rachel From The Circle?