Why Don’t the Russian Terrorists Kill Captain Collins in Interceptor? 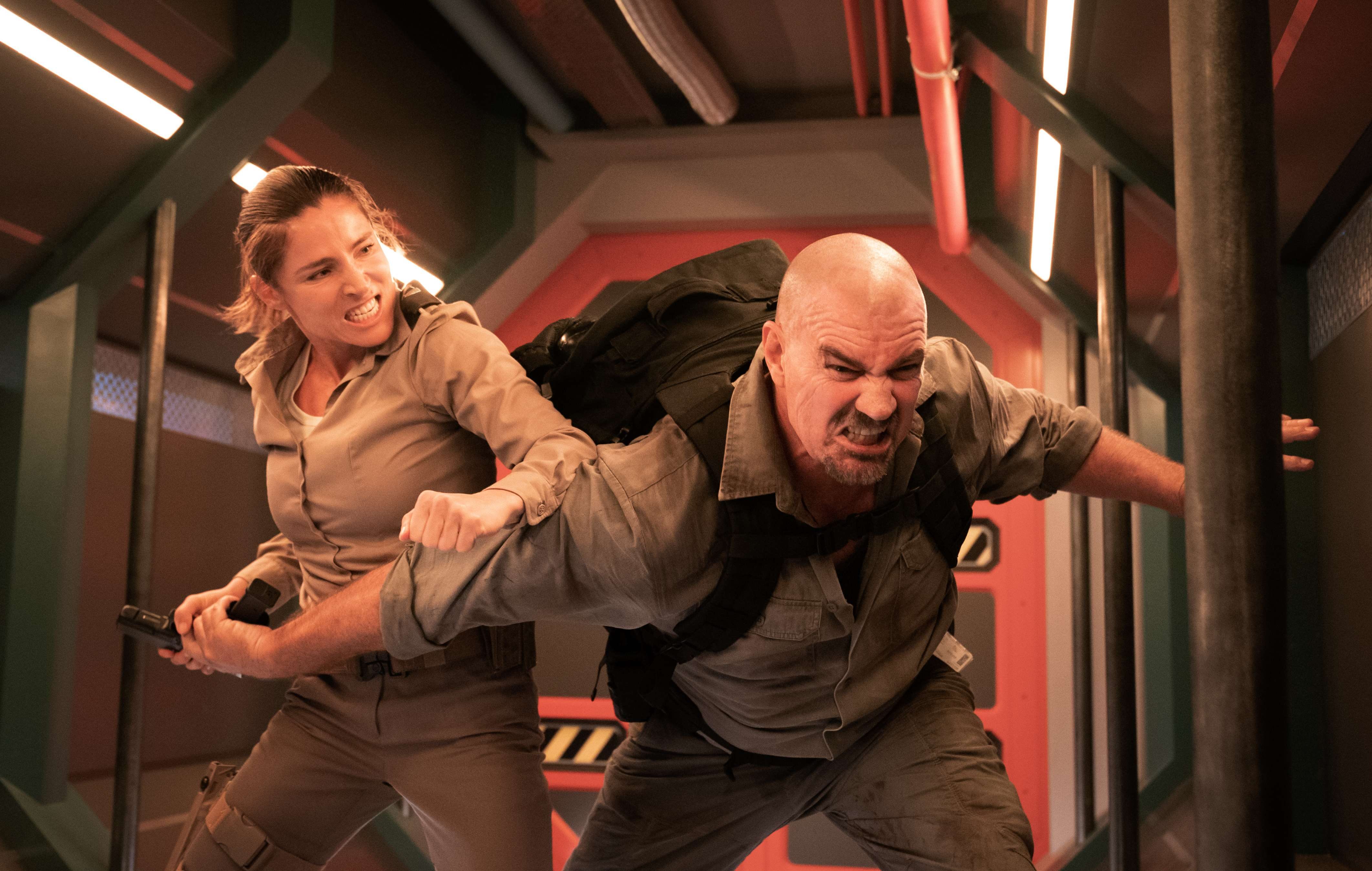 Directed by Matthew Reilly, Netflix’s action film ‘Interceptor’ follows Captain JJ Collins, a US Army captain reappointed at SBX-1, one of the US Army’s missile defense complexes. On her first day back at the base, she encounters Alexander Kessel and his team, who had joined Russian terrorists to attack sixteen United States cities with missiles. Collins eventually succeeds in destroying the enemy missiles to safeguard her country. After destroying the missiles, she encounters the Russians who have orchestrated the attacks. Although she fears getting killed by them, the Russians spare her life. If you are wondering about the reason behind their decision to leave her alive, let us share our thoughts! SPOILERS AHEAD.

While defending the command center of SBX-1, Captain Collins comes to know that Alexander is actually employed by a group of Russian terrorists. She finds out that he had arranged a submarine for his escape after the launching of the missiles. His plans reach a dead end when Collins destroys the missiles using the interceptors. Meanwhile, the Russian submarine emerges from the ocean. Rather than rescuing him, the Russians kill Alexander for the failure of their operation. They consider putting an end to Collins’ life but eventually decide against it. Even though she expects her death, the terrorists spare her life.

Primarily, the Russian terrorists do not have anything to gain from killing Collins. After the failure of the operation, the Russians are already in a vulnerable position, especially considering that SWAT officers arrive at the scene. The Russians must be knowing that killing Collins would only infuriate the Pentagon further, without anything to gain. Collins becomes a national hero as the whole country watches the entire operation through Alexander’s live feed. The Russians may have decided against killing such a figure to not provoke the Pentagon and White House further.

In addition, the Russians even express their admiration for Collins’ courage. After killing Alexander, one of the Russians tips his hat apparently to acknowledge Collins’ resilience and resolution to defend her country. Even though the Russian is given the authority to decide her fate, he chooses to display his acknowledgment and depart from the scene. They may have been impressed by Collins’ actions to decide against killing her. After the Russians depart in their submarine, a SWAT team rescues the captain from the sinking base. She recuperates in a hospital and gets ready for the next chapter of her life as a member of the President’s National Security staff.

The Russians kill Alexander out of necessity. Primarily, he leads the operation to failure. Their years-long plan to attack the sixteen cities goes in vain due to Alexander’s questionable decisions and choices. Since he reveals his identity, the Russians must be knowing that the American authorities will pursue Alexander, who may lead the authorities to them. To seemingly avoid such a possibility, the Russians kill the former US military intelligence officer. Meanwhile, not only they do not have anything to gain from killing Collins but also killing her may turn out to be disadvantageous for them. These possibilities seemingly answer why the Russians refrain from killing Collins.

Collins’ actions to save her country from severe missile attacks not only astounds her compatriots but also her enemies. At the end of the Russians’ failed operation, she becomes the last person standing.