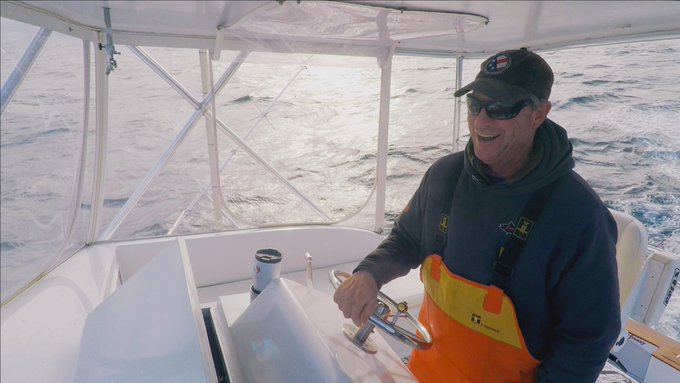 ‘Wicked Tuna: Outer Banks’ is Nat Geo’s high-octane reality series that follows a group of seasoned fishermen as they search for the elusive yet lucrative bluefish tuna off the shores of North Carolina. Currently, in its seventh season, the show follows the captains, their boats, and their crew members, as they forage for the biggest hauls in the icy cold waters of the high seas.

‘Wicked Tuna: Outer Banks Season’ 7 Episode 3 will air on Sunday, July 12, 2020, at 9 pm ET/ 8 pm CT, on National Geographic. The upcoming episode is titled ‘Family Pride’ and its one-line official synopsis as outlined by Nat Geo is: “One captain sees continued success on a greenstick, frustrating the rest of the fleet.”

You can catch the latest episodes of ‘Wicked Tuna: Outer Banks’ Season 7 on tv as and when they air on Nat Geo by tuning in at 9 p.m ET each Sunday. You can avail this service by opting for a cable subscription. The next option is to catch all the aired episodes on Nat Geo’s official website.

Live-streaming is also an alternative for many cord-cutters. Without a cable subscription, you can stream the show on Directv, Fubo TV, YouTube TV, and SlingTV — via any of your devices, which include iOS and Android, Macs and PCs, Roku, Apple TV, Amazon Fire TV, Android TV, and Chromecast. Episodes are additionally available for rent on Amazon Prime Video.

In the premiere episode, all of the vessels had been able to catch at least one bluefin tuna. However, Pinwheel captained by Tyler McLaughlin was lagging behind. In episode 2, he and his sister are seen desperately praying to the tuna gods to help them, and eventually, they are able to bait a double catch. However, the fish escapes and Tyler decides to ditch using the green stick and resort to the traditional fishing rod. Marissa continues to pursue the tuna and finally, the duo is successful in catching a massive one. They sell it to a buyer for $4,000.

Last week’s leader on the scoreboard, Fishin’ Frenzy, led by Captain Greg Mayer, is seen facing some issues in the second week. Captain Nick Gorwitzka and his vessel Little Shell are giving Greg tough competition. Nick fetches his green stick and within no time, catches two large bluefin tuna. While Greg believes that the stick brings in fishes of poorer quality as compared to the rod, Nick does not mind. His aim is to catch the biggest haul and he succeeds — easily making his way up on the leaderboard!