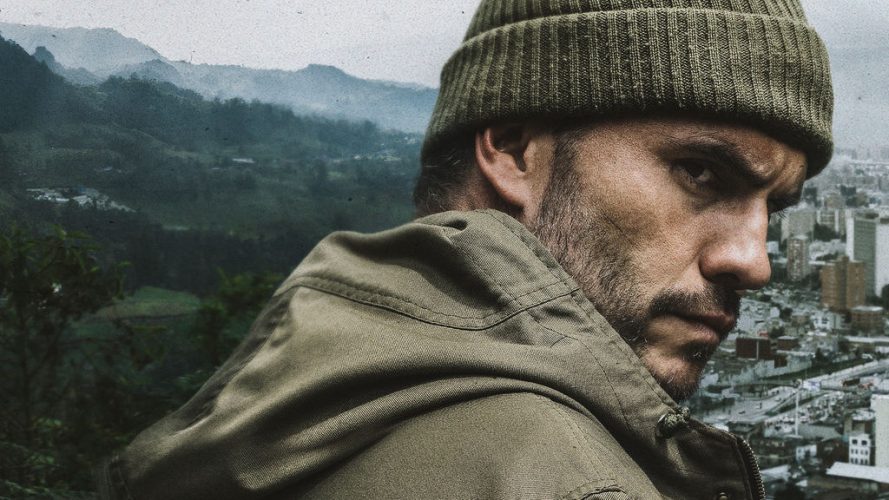 It is no arcane knowledge that one of Netflix’s modus operandi is greenlighting production of ambitious shows that will bring diversity on their reel – as the occupancy of a diverse library is practically etched into its banner. The year 2017 was an extension and consolidation of that agenda with the greater leeway given to the Asian communities and those among us who like to explore more of the South-East Asian shows, including the otaku (Castlevania and Devilman Crybaby were only the tip of the iceberg; Netflix’s multi-million dollar investment into trying to grip their reins and become a mainstream anime licenser and distributor in the west has been well-documented by this point). But simultaneously, this also extends to shows from foreign countries including a number of shows in the German (Dark, Babylon Berlin) or Danish language (Rita), but also, on a more prolific level, in the Spanish and Latin American tongues.

Over the past two years we have seen Spanish shows shoot up to instant internet fame internationally – thanks to their debut on Netflix, and thanks to an ever-growing non-native base of audience inclined to watch shows in foreign languages if the production value and polish compensate for the language barriers. And Netflix has been dishing out high-quality shows that fulfill these criteria at an incredible frequency.

Right off the top of the average Netflix subscriber’s head, we have names like last year’s Diablo Guardian, Enemigo Intimo, La Reina Del Flow, and, of course, the Kate del Castillo-starrer Ingobernable. Another observable factor can be found in the fact that all of the above mentioned, save for Del Flow, are thrillers who stress a plot to keep you hooked more than the quasi-arthouse sophistries, if they attempt any such, taking up a secondary seat. This is also what defines Cristian Conti’s Wild District – even more so than many others one would be tempted to list as contenders for the most intriguing Spanish-language Netflix originals from 2018.

Instead of heading towards a direct political head-canon to satirize real-world events, or laying out the sketchy premise which involves variations of a time-proven successful structure (ordinary man gone rogue routed by associations with the underground), Wild District looks like an apparently dodgy but ultimately masterful Tom Clancy flick clone wrapped within six episodes of high suspense, politically charged backdrop, double agent shenanigans, and an ample share of twists and surprises for the viewer – or so it appears initially. Ultimately, it is again a thriller that tells a personal story stretched out against an elaborately painted background of potent chaos and political turmoil, which the show does not make its focal point – while still grazing over the state of affairs in Columbia’s recent history.

After a successful first season, here’s everything we know about Wild District season 2.

Wild District Cast: Who’s in it?

Wild District stars a comparatively local star in the main role – Juan Pablo Raba. While Raba certainly is not a household or a name thrown around much in the U.S. or international foreign films and TV scene, Raba has had two decades worth of acting experience on the silver screen, having starred in many popular TV shows around Latin America, including El Clon and Pobres Rico, and he also has a decade-long career in the local film industries as well.

A big attraction of an otherwise even field of the ironed-out cast is Camilla Sodi. Hailing from the Sodi family who are famous in Mexico, Camilla is primarily known as a musician. However, her performance as an actress has been nothing short of phenomenal in Wild District, and the character of Gissele Duque will evermore keep fans expecting more screen presence.

For a speculative cast of season 2, it will depend largely on which direction the story takes us, and which characters get the axe. So far, with the sneaky tease for further plot developments at the finale of the debut season, we are all but certain that the show will continue to centre around Jhon Jeiver, and so Juan Pablo Raba will be returning in the lead role.

Wild District Plot: What is it about?

Since Wild District is a show that sticks to its tightly knit suspenseful plot as the main selling point, we will keep the plot summary as spoiler-free as possible. In the most basic terms, the protagonist is an ex-operative in a rebel guerrilla army and is under monitoring by the National Reintegration Agency. The central conflict becomes the protagonist’s attempt to remove himself from his involvement in militancy, and his attempts to return to what is left of his normal life.

Wild District Season 2 Release date: When will it premiere?

Wild District Season 2 is all set to premiere on November 8, 2019 on Netflix.. Time to get excited! The second season like the first will consist of 10 episodes.

Don’t know what to expect from the upcoming season. Check out this trailer.