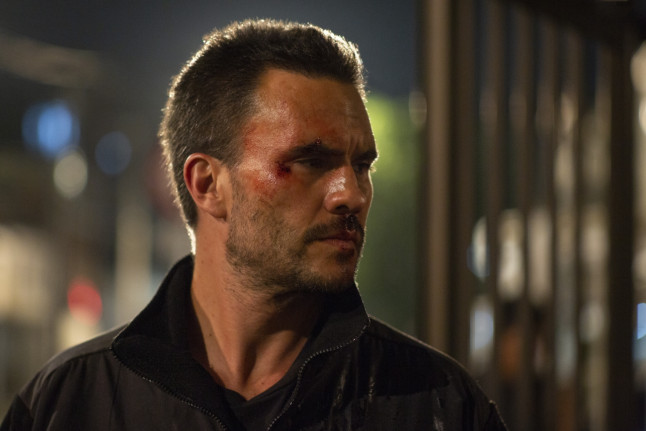 ‘Wild District’, also called ‘Distrito Salvaje’ in Spanish, is a Colombian action-drama series that airs on Netflix. Created by Cristian Conti and produced by Dynamo Producciones, it revolves around Jhon Jeiver, a hardened fighter trained in the art of guerrilla warfare. He relocates from his location in the woods after the signing of the Peace Treaty and moves to Bogota.

Following its launch in October 2018, ‘Wild District’ was renewed for a second season, which aired in November, 2019. After two successful seasons so far. Now the question is, will there be a ‘Wild District’ season 3? We will delve into that question, but first let’s quickly look into the details of the series.

Wild District Cast: Who is in it?

Wild District Plot: What is it about?

When we say Colombia, here are the words that strike our minds — drug lords and cartels, gang wars, violence, and corruption. Yes, these views are definitely biased and most of our concepts come from endless binge-ing of Spanish language shows on Netflix. However, most of the reality is still under wraps. Based on true events and yet a fictional story, ‘Wild District’ attempts to shed further light on the inner workings of Colombia’s underbelly.

An action-packed spy thriller and the first Colombian Netflix original, ‘Wild District’ focuses on Jhon, who is being relocated by the National Reintegration Institute. An adept and extremely skilled guerrilla fighter, who had been working with the rebel army that works against Colombia’s government, Jhon needs to face yet another round of interrogation. However, even after around 60 days of grueling sessions, nobody has come even close to discover Jhon’s real identity.

The show then introduces us to an intelligence official named Caldera, another trained expert in FARC guerrilla warfare, who sees Jhon and instantly comes to know who he is. Caldera identifies him as Jhon Jeiver Trujillo or JJ, a member of the prestigious rebel unit, whose members had been trained from their childhood days to grow into expert fighters in the art of combat while staying underground and avoiding law.

As the series progresses, we learn that there has already been several assassination attempts on officers from the upper ranks of the government. Recognizing JJ’s potential, Caldera convinces Daniela León (the prosecutor of the case) to allow JJ to enter his previous crew so that he can pass on vital information and gather intelligence.

Across the episodes, we also learn about JJ past through a series of flashbacks. We get to know that he was separated from his mother around 26 years back in order to be trained for the rebel army. He had served as the main man and the right hand for the area’s primary leader, Aníbal — an evil and extremely cruel guerrilla fighter.

Aníbal was abducted by the rebels on the same day as JJ. Later, JJ surrendered before the army in the hope that he would finally be allowed to reunite with his family, which includes his mother and his son Mario — born to a woman with whom JJ had a relationship when she visited the country as a tourist and was kidnapped by the rebels.

Since JJ agrees to help Caldera, he is allowed to go back to his family. But his son has already cut off all ties with his estranged dad. Additionally, Aníbal has employed spies to keep a tab on JJ so that he can avenge the deserter who decided to leave the crew for his own selfish interests.

Season 2 beings with JJ still working as a hitman but also trying to assimilate in the civilian life. Meanwhile, Daniela’s campaign for president is at crossroads. JJ travels to Venezuela to buy missiles, but gets captured and is jailed. Somehow, JJ is able to make to border but not without going through some horrific experiences. Daniela, on the other hand, has to go through her own set of difficulties as she tries to win the presidential election. In the end, she denounces everyone and prepares herself for the worst. In the final episode, JJ witnesses a terrible murder that sets up the show for another season.

Wild District Season 3 Release Date: When will it premiere?

Now, as far as a next season is concerned, what we do know is that the way season 2 ends, creators of the show clearly have at least one more season in mind. But, of course, at this point, show’s future is in Netflix’s hands. Historically, the streaming service has been known to give international shows at least three seasons before pulling the plug. So, you can expect the same with ‘Wild District’ too. If things go as expected, ‘Wild District’ season 3 can premiere sometime in November 2020.

You can check out the official trailer for ‘Wild District’ below: