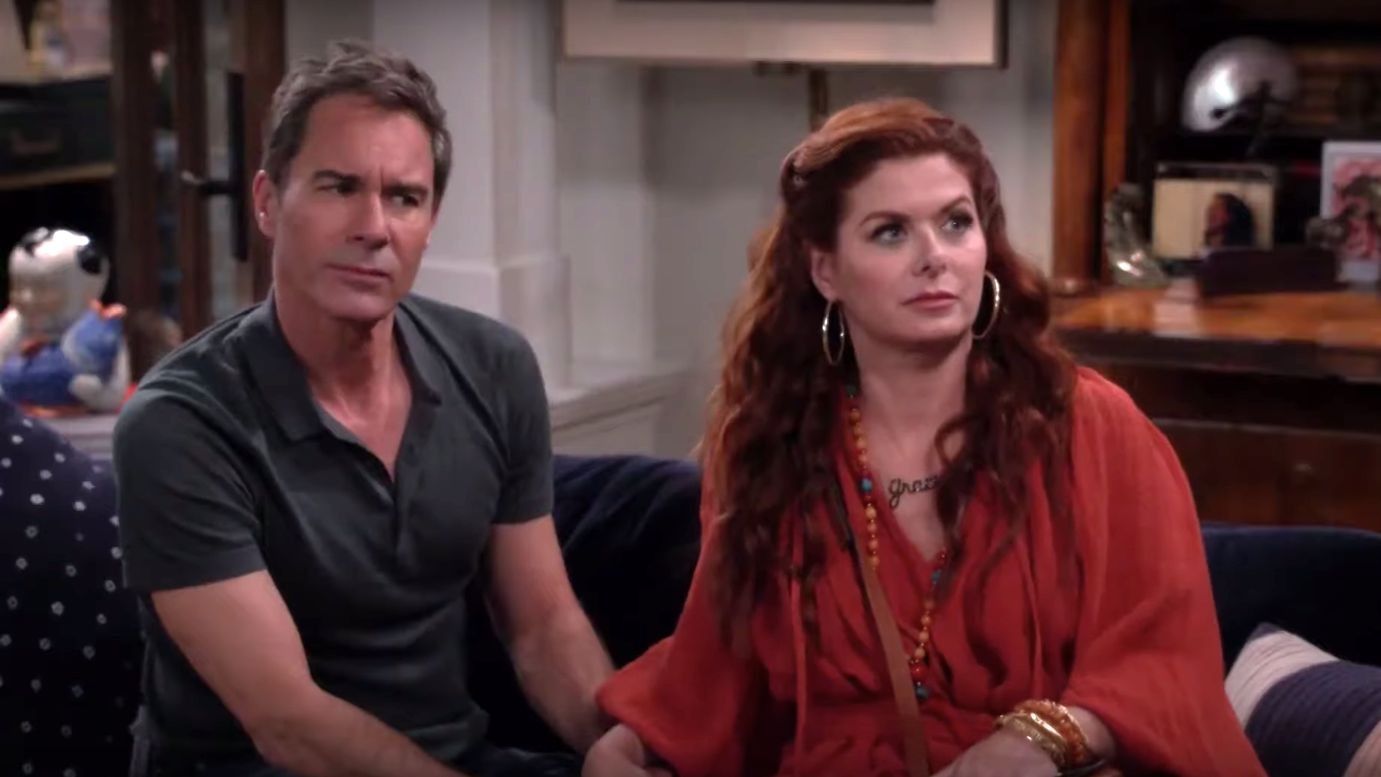 One of NBC’s highest rated sitcoms, ‘Will & Grace’ is about two friends Will Truman and Grace Adler, who live in New York City. Unexpected circumstances force Will, a gay lawyer and Grace, an interior designer, to share an apartment. As time passes, their bond strengthens and develops into an unbreakable friendship. In addition to Will and Grace, the show also revolves around Grace’s secretary and assistant Karen, and Will’s gay best friend Jack. It has been lauded for its ground-breaking portrayal of homosexual characters.

The show was revived after eight seasons. It has spawned ten successful seasons and returned for its eleventh and final season, on October 24, 2019.

After going on a short mid-season break, the season returned on January 9, 2020 with episode 6, titled ‘Performance Anxiety.’ The episode follows Will as he visits his potential surrogate Jenny (Demi Lovato) and humiliates Jenny for her profession and lifestyle. Karen shades Will for his inconsiderate behavior and he apologizes to Jenny for the same. Jenny finally agrees to be a surrogate to his baby. Meanwhile, Jack and Grace pull a case of identity theft at Annie Con, which does not end well for Grace.

Naturally, you might be wondering about what goes down in the latest episode, and we are here to help you with that. However, first, let us walk you through when and where to watch the upcoming episode of ‘Will & Grace.’ We have also added a bonus episode 7 recap, for you.

Will & Grace Season 11 Episode 8 Release Date: When Will It Premiere?

The upcoming episode has been titled ‘Lies & Whispers.’

In the episode, we can expect to see what argument, Jack’s husband Esteban, puts up in front of Will to stop him from reliving Jack, from his financial care. It also highlights the “embarrassing incident” that takes place between Grace and James, putting her relationship in jeopardy. The episode also features Larry, warning Will and Grace about the stringent admission process in elite schools. Also, during Jenny’s ASMR live stream, Jack messes things up between Karen and Jenny’s brother, Luke.

Where to Watch Will & Grace Season 11 Episode 8 Online?

You can watch ‘Will & Grace’ season 11 episode 8 on NBC at the above mentioned time. You can also watch it on NBC’s official website or the NBC app.

If you don’t have a cable subscription, you can stream the show on Sling TV or watch on YouTube TV. Another option is to stream a few seasons on Direct TV. You can also watch previous seasons of the show on Fubo TV or by purchasing it on Amazon Prime.

In the episode, Grace battles with her conscience, questioning her dignity and self-respect after having tried to rekindle a romance with her ex, James Wise, stressing on the fact that she has unknowingly slept with James’ father and son. The episode also features a poop incident, which results in a pregnant Grace, exploding all over the place.

Meanwhile, Will decides to cut off Jack’s financial cord, to save up for his upcoming baby and also to make Jack independent, since he is married now. However, Jack’s husband Esteban stops Will, making him rethink on the decision.