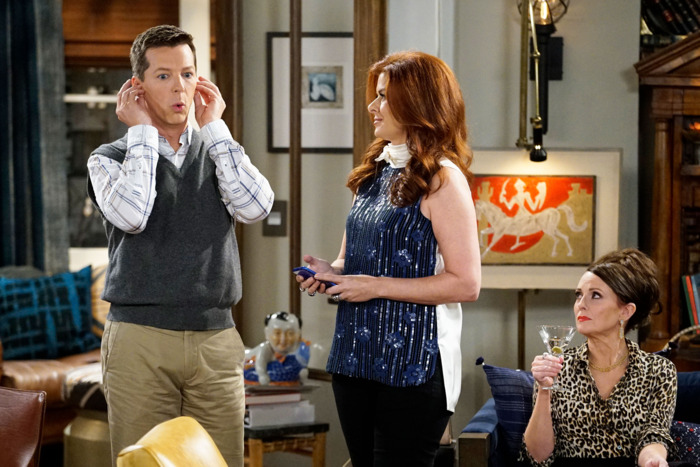 NBC’s most beloved comedy, ‘Will & Grace’ is currently in its 11th and final season. In order to ensure that the show ends on a high note, this season is noteworthy for several reasons. Not only have we seen several famous guest stars making appearances across the episodes, but we have also witnessed the protagonists go through multiple other mishaps. For instance, Grace does not know who the dad of her baby is whereas, Will is concerned about the sexual orientation of his next generation.

‘Will & Grace’ Season 11 debuted on October 24, 2019. It then went on a hiatus and returned with its winter premiere (episode 6) on January 9, 2020. Since then, it has spanned three more episodes, with the last episode (episode 9) releasing this week. Now, if you are done with the events of the latest episode, you might be wondering about the hows and whens of the next episode. Well, here’s everything we know about Will & Grace Season 11 Episode 10.

Will & Grace Season 11 Episode 10 Release Date: When Will It Premiere?

Here’s what the episode will entail as per the official synopsis: “Worried about Grace being a single mother, Marilyn goes behind Grace’s back to fix her up with a beagle-breeding couple interested in adopting Grace’s baby. Will gets enlisted by Karen to deal with a P.R. nightmare created by a homophobic player on her baseball team. Jack and his husband, Estefan, go to extreme lengths to get rid of a mouse.”

Where to Watch Will & Grace Season 11 Episode 10 Online?

You can watch ‘Will & Grace’ season 11 episode 10 on NBC at the above mentioned time by tuning in to your tv screens with a cable connection. You can also watch it on NBC’s official website or the NBC app.

When ‘Will & Grace’ made its winter premiere in January 2020, we witnessed the characters juggling with some major, life-changing decisions. For instance, Will is hell-bent on having his own child. Hence, he approaches a potential surrogate (played by Demi Lovato). Meanwhile, Grace wishes to enter the AnnieCon and hence, pretends to be a formerly-famous Annie.

We then follow Grace as she again gives another shot to her romantic entanglement with her neighbor. However, when her dignity is jeopardized, she gives her actions a second thought. Meanwhile, Will denies any financial support to Jack and asks him to be more independent.

Next, Will and Grace are all set toward finalizing an elite school for their kids. But then, they are warned about the institute’s complicated admission process. In this week’s episode, Will and Grace decide to interrupt when they learn that the latter’s niece is dating a bisexual man. On the other hand, “Jack gets permission from his husband to sleep with his hall pass; Karen struggles to adapt when her assistant books them on an economy flight” — according to NBC’s official description.