Will There be a Birdgirl Season 2? 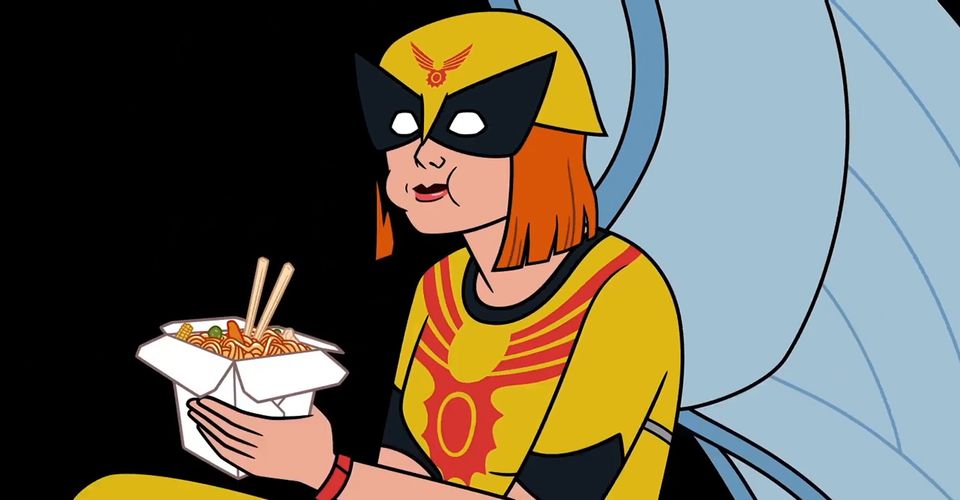 Created by Christina Miller, Erik Richter, and Michael Ouweleen, ‘Birdgirl’ is an adult animated series originally released in April 2021. It follows Judy Ken Sebben, who fights crime as her superhero self, Birdgirl. After her father Phil Ken Sebben’s sudden death, she becomes the CEO of Sebben & Sebben. Soon, she realizes that the business runs on some of the most socially irresponsible products and practices from the 20th century.

Apart from fighting crime, Judy/Birdgirl believes it is her responsibility to fix the wrongs that the company has done over the years. The superhero comedy series is a spin-off of the much-loved television series called ‘Harvey Birdman, Attorney at Law,’ which ran from 2000 to 2007. The series has received a mixed response from the audiences and critics. Apart from appreciating the pace of the show, some critics felt that it successfully manages to carry forward the legacy of the original series.

However, some noted that the supporting characters in ‘Birdgirl’ aren’t as interesting as those in the parent series. While most people liked the fact that the superhero comedy is trying something different, it did not hit the mark for many fans of the original show. They expressed their disappointment with the fact that that the spin-off does not include Hanna-Barbera characters. Naturally, fans must be eager to know if the series will return with a second installment. We got curious, so we dug further, and here is what we found!

‘Birdgirl’ season 1 landed on April 5, 2021, on Adult Swim, with the season coming to an end on May 10, 2021. The first season comprises six episodes that run for approximately 22 minutes each.

As far as the second season is concerned, here is what we know. Currently, there is no official news that confirms if the series will return for another round. However, we believe that renewal is on the cards for the show since it has a strong history. It is not uncommon for a TV show to take a season or two to find its feet. Moreover, it is worth noting that the original series ran for four seasons and also released a special episode on October 12, 2018. Therefore, since some critics see potential in ‘Birdgirl,’ we believe that it is only a matter of time before the animated show is given the go-ahead for another season.

In an interview in April 2021, Paget Brewster (who voices Judy AKA Birdgirl) shared that she would have loved to do more episodes. It means that if the show returns, the actress would happily come on board. She also revealed that the voice work was recorded remotely in early 2020. Therefore, we can safely deduce that one season requires about a year to complete production. So, if the show is renewed soon, fans can expect ‘Birdgirl’ season 2 to release sometime in Spring 2022.

Birdgirl Season 2 Cast: Who can be in it?

Paget Brewster is the voice of the titular character, Judy Ken Sebben AKA Birdgirl. Other members of the voice cast are Rob Delaney (Brian O’Brien), Sonia Denis (Evie), Kether Donohue (Gillian), John Doman (the Dog with Bucket Hat), Negin Farsad (Meredith the Mind Taker), Tony Hale (Paul “The Feels”), Lorelei Ramirez (Charlie “Strongarm”), and Joe Lycett (Graham). If the show returns with a second season, most of these voice artists may return to voice their respective characters. There may also be some new additions if new characters are introduced in the storyline.

Birdgirl Season 2 Plot: What can it be About?

In each episode, Birdgirl takes on a new challenge. In the first season, she puts together a ragtag team of individuals who help her undo the damage Sebben & Sebben has done in the past. While they manage to bring the wrongdoers to justice, they also troubleshoot the ruckus their new products create. In the final episode of the first season, we see that Judy faces the music for poking her nose in someone else’s business. She also deals with the repercussions of one of her father’s inventions. If the series is renewed for season 2, we will see Judy/Birdgirl continuing to save the planet with help from her team of misfits.

Read More: Where to Stream Birdgirl?